Governments must intervene now to stop Melbourne’s planning woes being replicated in regional Victoria, a liveability expert has warned, as the pandemic prompts more city dwellers to consider a tree change.

Dr Iain Butterworth, an honorary professor at RMIT, wants authorities to use the pandemic to rethink planning regulations to avoid ruining unique regional towns with urban sprawl and car dependence. 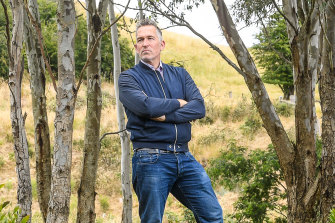 His concerns have been echoed by local council leaders, who want to attract new residents while protecting the character of the towns.

“We should be making more use of these marvellous towns that are on railway lines to and from Melbourne. I mean, it's brilliant. The risk is that we just end up filling in all the land between the train stations with housing and then you just end up with more urban sprawl,” Dr Butterworth said.

Dr Butterworth has firsthand experience, having moved to Kyneton for Melbourne’s lockdowns, and admits it is people like him contributing to the problems he wants to solve.

“I guess people like me are part of the problem because we really struggled with the increasing intensification of life in Melbourne, and we're seeking some respite from that,” he said.

Data from the Australian Bureau of Statistics shows that in the three months to the end of June, Melbourne suffered a net loss of 8000 people before the city’s harsh second lockdown.

That trend is not expected to continue long-term, but it has added pressure on the housing market in the regions.

Melbourne house prices dropped by 0.9 per cent in the past 12 months, according to CoreLogic data released last week, but were up by 4.5 per cent in regional Victoria in the year to the end of November.

Parts of regional Victoria have also experienced an increase in the cost of renting a home.

Dr Butterworth, who wants federal regulations for sustainable planning, said Australia had a track record of waiting for communities to grow before amenities are provided.

“When you have developments that are selling the features of rural or regional life, and suddenly thousands of people move there who haven’t lived there before, you start to need extra infrastructure to deal with those people,” he said.

“Can we do that in a way that doesn’t actually damage and destroy what attracts us there in the first place?”

A new housing development on former agricultural land in Kyneton will add 341 lots, and could represent a spike in the town's population which was only 7000 at the 2016 census. 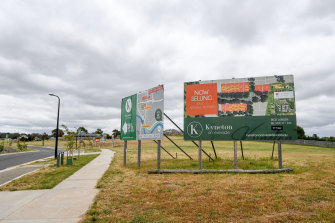 Kyneton on Riverside is one development coming to the town.Credit:Justin McManus

Mike Day, a planner from Hatch Roberts Day which designed the master plan for Kyneton on Riverside, agreed with Dr Butterworth that developments should be diverse and walkable.

"One of the things we were mindful of was proximity to the railway station," Mr Day said.

Kyneton sits in the Macedon Ranges, which is popular with day-trippers as well as tree-changers.

Macedon Ranges Shire mayor Jennifer Anderson said town planning was one of the “cornerstones” of the council’s work but getting it right was tricky.

“People come here for that open space and you have to make sure you don’t lose it to other uses,” she said.

But Cr Anderson said new residents from Melbourne had to accept their lifestyle would change. “Everything you get in Melbourne you won’t get up here but there are unique and special things here.”

Rural Councils Victoria deputy chair Jenny O’Connor said country communities wanted to attract more families and residents but it was important to avoid replicating the urban sprawl in some parts of Melbourne.

She said planning laws and overlays were insufficient to protect the character of rural areas.

“We want a much more responsive planning act that takes into account the concerns of existing communities,” she said.

Cr O’Connor, who is also Indigo Shire major, said some communities in areas popular with tourists were already feeling the pressure on their local services.

She said rural communities needed more funding and support from the state government to ensure their towns retained their standard of living.