Home » Lifestyle » DR MAX: If I can fall for a dating scam, then beware, you could too

DR MAX: If I can fall for a dating scam, then beware, you could too

DR MAX PEMBERTON: If I can fall for a dating scam, then beware, you could, too

January is the busiest month for both divorce lawyers and dating. For those looking for the latter, a word of caution. According to Action Fraud — the national fraud and cyber crime reporting centre — daters who strike up online relationships between Christmas and Valentine’s Day tend to be the most susceptible to romance fraud.

One of the worst types of this is catfishing. This is when someone poses as someone they are not in order to gain their victim’s trust. Of course, when dating we all give a carefully curated, edited version of ourselves. How many of us have said we love poetry when in fact the last poem we read was at school?

Catfishing, however, is something entirely different. The fraudsters create a fake profile and an entirely fictitious world to reel the victim in, gain their trust, form an emotional bond — and then manipulate them. 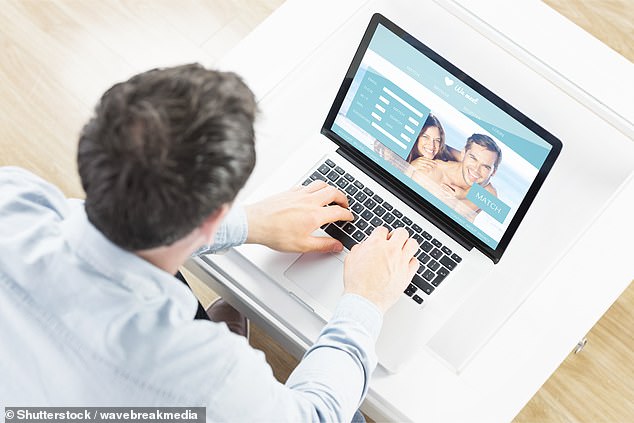 Research conducted in 2020 by the banking industry found over a quarter of dating website users had been scammed by fake personas over the past year. Much of this involved sending money. The average amount was £321, although in total £7.9 million was lost in the first half of 2019, a horrifying increase of 50 per cent on the previous year.

But the motives of catfishers aren’t always financial. For some, it’s psychological. They aren’t out to scam people of their money but rather to form an intense bond, fulfil some deep-seated emotional need.

For me, this kind of catfishing is the most disconcerting. If it’s financial, there’s often alarm bells ringing. But in this scenario they can take longer to hear.

You might think you’d never fall for a romance scam. That you’re too savvy or smart to be reeled in. Well, it’s actually much easier than you’d think — I should know, because it happened to me and it showed me how easy we are to manipulate.

When it happened, I’d just split up from a long-term partner. One night, a friend set up a dating profile for me. We spent some time absent-mindedly scrolling through the profiles while having a glass of wine together, but I soon forgot about it.

Then, after about a month, I got an unsolicited message from someone. They attached a picture. He was incredibly handsome. A doctor, like me. We happened to know some people in common. It seemed legitimate. I felt a jolt of excitement.

I logged back on to the site and replied to his message. He replied within an hour. Back and forth our messages went throughout the day. I was out that evening and he was still messaging me, so rather than keep logging into the site, I sent him my mobile number. He texted me immediately.

In fact, over the next few weeks he bombarded me with texts.

I felt flattered. Before long, he knew everything about me. I tried to play it cool and went on a few dates with other people, but in the back of my mind, he was top of my list. 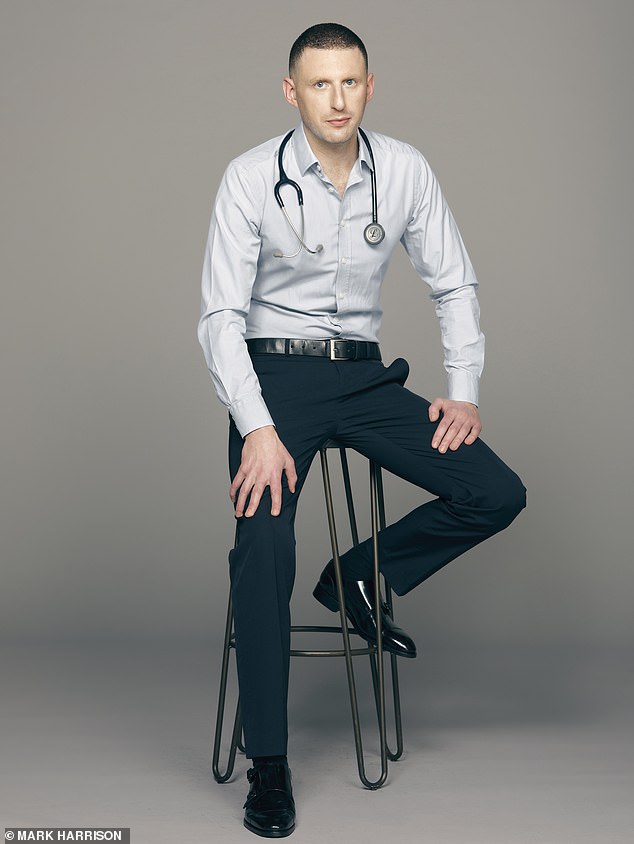 Dr Max Pemberton (pictured) said if you’ve decided to start dating online this year, I wish you the best of luck — but please be careful

Despite not seeing each other face-to-face, we really got on. He seemed perfect, almost too perfect, if I’m honest. But when it came to meeting, things never seemed to quite work out.

After about six weeks of intense texting, I started to smell a rat. I messaged one of the friends we had in common who confirmed she knew someone with the same name — but, she continued, he’s in Canada. I thought back over our chats. He’d never actually said where he was.

I messaged him and asked where he was. ‘On a late shift,’ he replied, frustratingly. Yes, but which country, I said back. He didn’t reply for a few hours, but then sent ‘Canada’. It seemed odd that in all the time he’d been asking me out, he hadn’t mentioned he was on another continent! I queried this and he explained he was locuming there while visiting relatives.

There were a few other inconsistencies. He said he was working the next day but then called and said he’d had a lazy day in bed, clearly forgetting what he’d told me the day before. He said he’d seen a play I’d just seen, but it had only just opened in London — and he was in Canada. Ah, he’d seen it when it was in New York, but odd not to have mentioned that.

He was coming back to London next week and we should meet. I told myself I was just being overly suspicious. But then next week came around and he said he was back in London, but couldn’t meet. There was nothing tangible — he could explain everything — but it just didn’t feel right.

Eventually my friend helped me track down the person who was in the photos and, yes, you guessed it, he was in Canada, but he wasn’t the person I’d been talking to. I’d been duped.

I confronted the catfish and he confessed he wasn’t who he said he was. He’d seen my dating profile and recognised me from my writing, and wanted to talk to me.

So he’d found a picture of someone I was connected to and pretended to be him. I felt incredibly stupid and irritated with myself for falling for such an obvious scam. I demanded he meet me and, to his credit, he agreed to come to a coffee shop near St Paul’s Cathedral. When we met, I realised everything had been a lie.

Initially I was angry, but it soon became apparent he had very low self-esteem and hadn’t intended for it to go on for as long as it had — two months in total.

I left the coffee shop feeling sad for him, but vowing to listen to my gut in future. Looking back, I realise I was the victim of a clever psychological game. I’d been emotionally open and he’d used bits of information about me, flattered me, to ingratiate himself with me.

So if you’ve decided to start dating online this year, I wish you the best of luck — I know several happy couples who met this way — but please be careful.

As I learned, things online are not always as they seem. 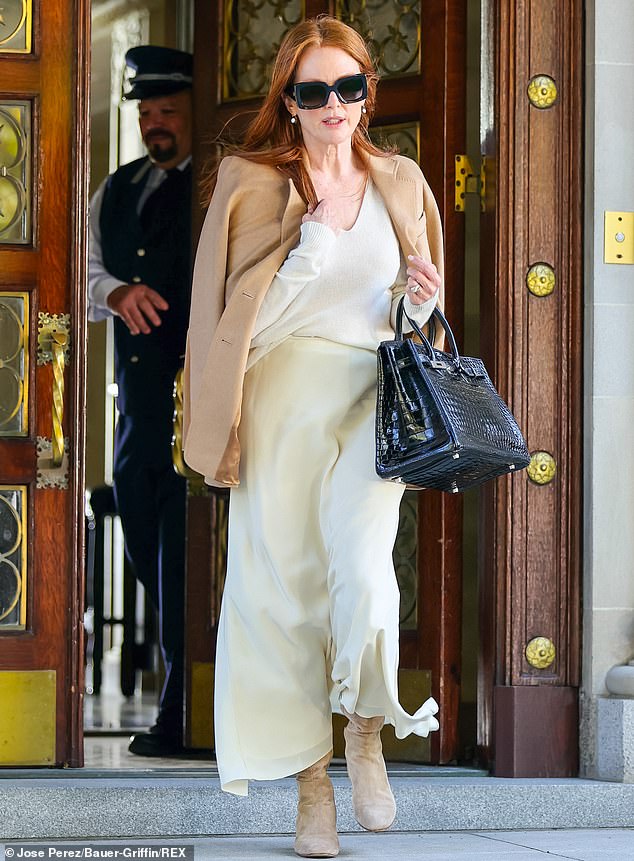 Dr Max said as a nation we take name-calling of redheads less seriously than we do about, say, sexism or racism. Pictured: Julianne Moore

While Hollywood actresses Christina Hendricks and Julianne Moore may be shining examples of women who are proud redheads, more needs to be done to stamp out anti-redhead prejudice, according to Chrissy Meleady, chief executive of Equalities and Human Rights UK. It does seem that as a nation we take this kind of name-calling less seriously than we do about, say, sexism or racism.

While I’m not a fan of identity politics, which I think is divisive and risks reducing people to just a few key characteristics, can we all just agree that mocking people about their physical differences hurts. 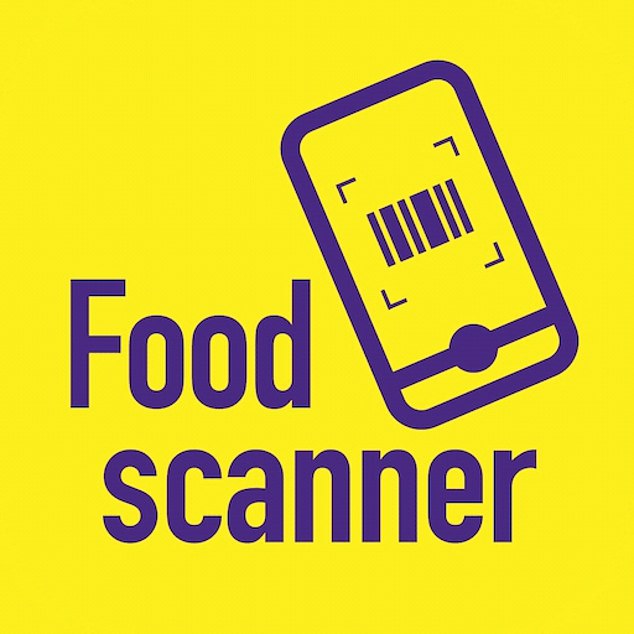 The NHS food swap app, comes off the back of research that shows 60 per cent of parents are giving their children more sugary or fatty snacks than they did before the pandemic

This app allows parents to scan the barcodes of supermarket foods to find healthier alternatives. For example, instead of Pizza Express Classic American Pepperoni Pizza, which has 4.9g saturated fat and 1g salt per 100g, it suggests Pizza Express Classic Fiorentina (2.8g sat fat and 0.7g salt per 100g). It comes off the back of research that shows 60 per cent of parents are giving their children more sugary or fatty snacks than they did before the pandemic.