Dr. Terry Dubrow Tackles the Mother of All Malpositions on Tonight's All-New Botched 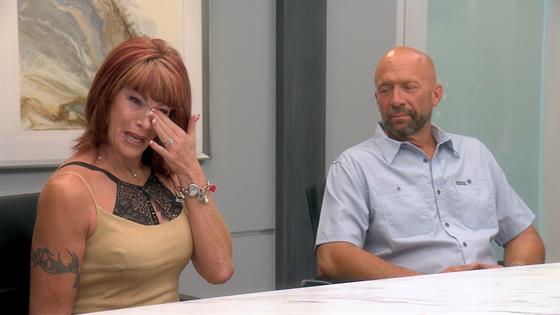 The worst malposition Dr. Terry Dubrow has ever seen.

On tonight’s all-new Botched, new patient Sandra turned to the doctors for help regarding her three boobs. As Sandra detailed in a consultation with the plastic surgeons, she became the “three boobed lady” after a series of disastrous breast surgeries.

Initially, Sandra just wanted a routine breast augmentation. Unfortunately, that was not the procedure she received. After the surgeon admitted that he “must’ve done something wrong,” he attempted to fix his messy work.

This revisional procedure only made things worse and, in result, Sandra felt “like a circus freak.”

“Sandra, I’ve gotta tell you, we have this expression in breast revisional surgery called malposition,” Dr. Dubrow told her. “It means that the breast implant is not in the right place. You have the most dramatic example of malposition I’ve ever seen in my entire career.”

Upon further examination of the deformed breast, Dr. Dubrow deduced that Sandra’s previous surgeon “over dissected her pocket towards the center” and “downwards towards her abdomen,” which stretched out her skin.

Although Dr. Dubrow declared “holy s–t” in his confessional, he reassured Sandra that he had a game plan to fix her chest.

“I think best option is: take the implant out, close the pocket off, put a new implant in that fits and find a way to tighten the skin,” Heather Dubrow‘s husband proposed.

As Dr. Dubrow promised to try and give her “two mounds that are symmetrical,” Sandra agreed to the surgery. “Let’s kick it’s ass,” she declared.

In the operating room, Sandra’s already difficult case—which Dr. Dubrow dubbed the “mother of all malpositions”—became even more troublesome. 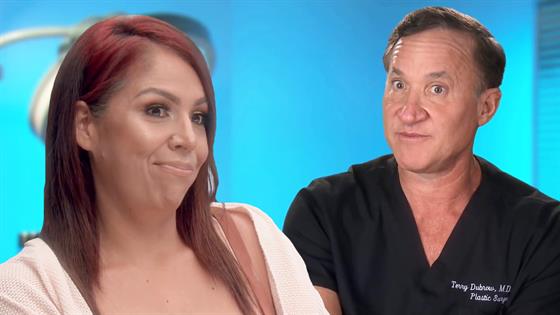 After making the initial incision, Dr. Dubrow observed that Sandra previously had capsular contraction, which the other surgeon attempted to fix “by creating an entirely new pocket outside of the original pocket.”

Thankfully, Dr. Dubrow was able to close down the extra pocket and put the implant right behind the breast. However, amid completing this step, the famed surgeon discovered that Sandra’s stretched out skin was causing an abnormal breast shape to occur.

In order to tighten this skin, the medical expert was forced to insert a suction device. Once this was inserted, the Botched doctor moved to the left breast, where he replaced the implant and did a lift.

“Sandra just had a very difficult surgery, it’s going to require a lot of recovery and maybe a little bit of luck,” the doctor reflected. “But I can tell you that, if this works, she should be extraordinarily happy. Because, I’ve never seen a malposition this bad, nor do I ever want to see it again.”

For all of this and more, including Dr. Paul Nassif‘s impressive work on a car crash survivor, be sure to watch the all-new episode here!

Watch a brand new episode of Botched Monday at 9 p.m., only on E!