Home » Lifestyle » Dressing up for Election Day? These clothing items can get you turned away at the polls

Dressing up for Election Day? These clothing items can get you turned away at the polls

Getting ready to show up to the polls on Tuesday decked out in your favorite candidates’ swag? You may need to reconsider.

Every state has rules restricting campaigning at polling places, with many banning it within 100 feet of the polls. But many states also have laws related to “passive electioneering,” which can include wearing a T-shirt with a candidate’s name.

There are 37 states that prohibit campaign signs and literature from polling places, according to the National Conference of State Legislatures, a bipartisan, nongovernment organization  And at least 21 states have restrictions specifically relating to apparel at the polls, with 15 prohibiting it.

While the laws differ in each of those states, most prohibit wearing or displaying anything with a candidate’s name or other references to a candidate or political issue. That means wearing any Trump or Biden gear — or even swag from a local candidate — is a no-no at polling places in those states. 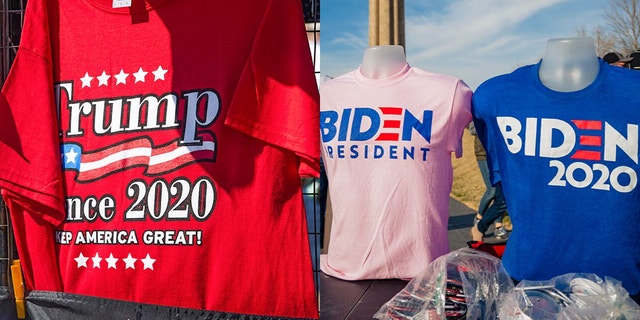 Getting ready to show up to the polls on Tuesday decked out in your favorite candidates’ swag? You may need to reconsider. (Adam Glanzman/Bloomberg via Getty Images and Kyle Rivas/Getty Images)

Of course, every state is a little different. California’s elections code prohibits items with a candidate’s name, likeness or logo but does allow slogans. The state’s elections chief even put out a notice in September letting county clerks know that slogans including “Make America Great Again (MAGA), Black Lives Matter (BLM), Keep America Great (KAG), Vote for Science, and Build Back Better,” are allowed.

Some states are stricter. Montana doesn’t allow anything “that is designed or tends to aid or promote the success or defeat of any candidate or ballot issue to be voted upon at the election.” 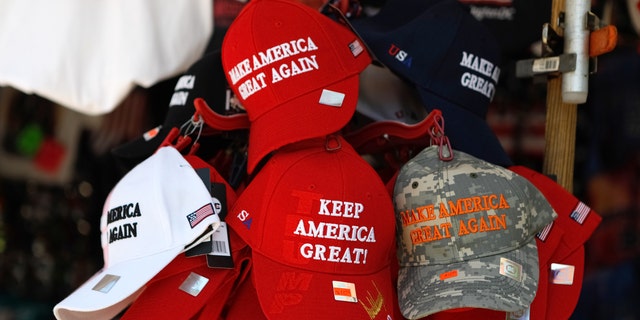 Some states don’t allow candidate names but do allow slogans on apparel at polling places. (iStock)

Meanwhile, there are some states that have gone the other way entirely. Since 2012, Arizona residents have been able to wear any kind of political garb they want after state lawmakers passed a bill that did not include clothing in its “electioneering” definition, AZCentral.com reported.

The law came after a tea party supporter won a lawsuit, letting her wear a T-shirt with a tea party logo to her polling place.

In Minnesota, a similar case brought by another tea party supporter ended up going to the Supreme Court. In 2018, the court delivered a 7-2 decision to strike down a state law banning political clothing at polls, with the majority of justices finding that the state’s rules were too vague.

So with so many different rules, how can you know what’s allowed at your polling place? The NCSL has compiled lists of state electioneering and electioneering apparel laws. And the safest bet is always to check with your local board of elections.