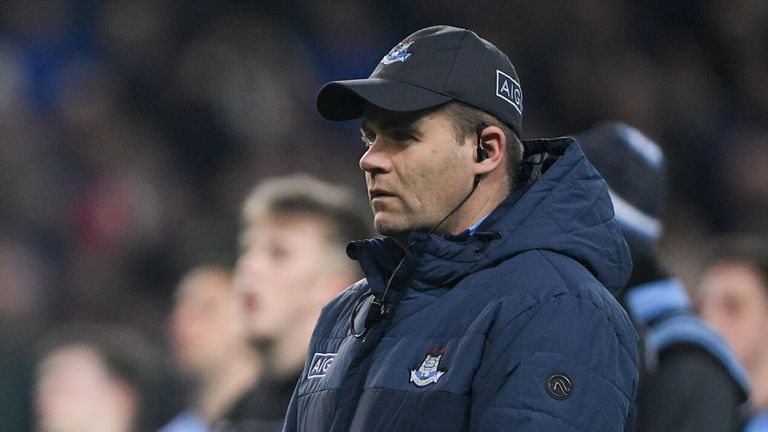 Hours after the news broke that members of the football panel attended a training session at Innisfails GAA club, the county board moved swiftly.

“Dublin GAA acknowledge that, following an investigation this afternoon, there was a breach of Covid-19 guidelines yesterday morning,” read the statement.

“The Dublin senior football management and players recognise that this was a serious error of judgement and apologise unreservedly for their actions.” 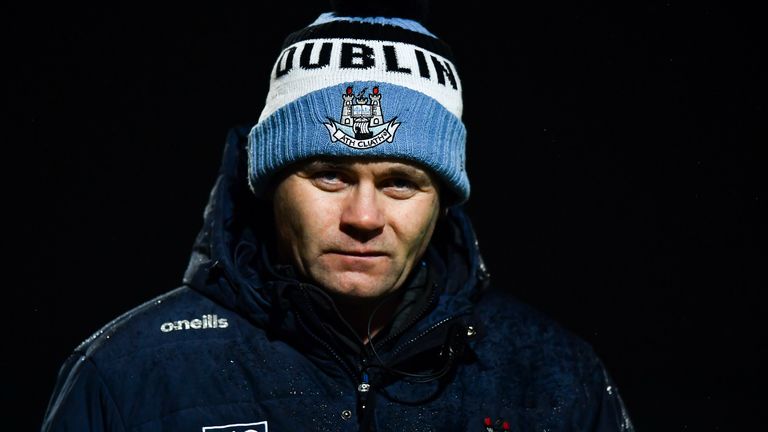 They admitted wrong-doing, delivered apologies, and got in before anybody else by issuing their own suspension to Farrell.

“The GAA will pursue the allegations with the units in question at the earliest opportunity and will invoke any necessary disciplinary processes as appropriate,” they said.

Dublin GAA’s figure of 12 weeks was not plucked randomly. It aligns the punishment to that received by Cork boss Ronan McCarthy, after the Rebels’ senior footballers held a gathering on Youghal Beach in January.

The Down football panel also held a session outside of the permitted intercounty training window. Their manager Paddy Tally was handed an eight-week ban as a result.

The difference was that the Mourne County’s gathering was allowed under the jurisdiction’s Covid-19 restrictions. The PSNI attended the session, but found no wrong-doing given senior intercounty football was considered an ‘elite’ sport under the government guidelines in the six counties.

The actions of Cork and Down were found to have broken the GAA’s rule 7.2 (e): “Misconduct considered to have discredited the association”.

In the case of Dublin, the gathering took place on a GAA club ground, which under the association’s rules should be closed at present.

Another factor which could work against the All-Ireland champions is that the session also occurred just hours after GAA president Larry McCarthy and director general Tom Ryan pleaded with members to hold tight:

“It is more important than ever that no collective training sessions are held between now and the government indicated return dates. Breaches in this context will not only be dealt with under our own rules but would likely put the broader plan to return to activity in serious jeopardy.” It is not a good look for the sporting body. After the Irish government this week granted permission for intercounty teams to return from April 19, the GAA has attracted unwanted criticism.

In 2020, they largely got it right. From taking the difficult decision to cancel all club activity last September when issues arose, to running a largely smooth intercounty championship in the winter. The country’s largest sporting organisation was hoping to see out the remainder of the pandemic without any significant flash-points.

This PR disaster is a reputational hammer-blow. 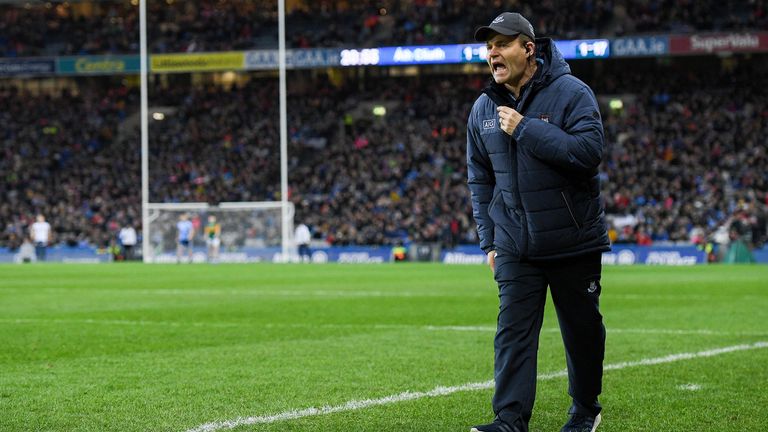 Will the GAA go beyond a 12-week ban?

The GAA now has a decision to make. How will they react to the infringement, and what punishment will be issued?

Will they follow the prompt from the Dublin county board and suspend Farrell for 12 weeks?

Or will they factor in the differing nuances from the Cork and Down cases, and hand down a stricter punishment?

There is a danger that this latest episode will encourage other teams to ramp up preparations in the intercounty arms race, encouraging a mindset, ‘If the All-Ireland champions are already training, we will fall behind if we are following the rules’.

The GAA will be looking to discourage any form of training before April 19. Another such instance arising in the coming weeks would be disastrous for the GAA’s public standing.

Aside from the Covid-19 restrictions, the association is also looking to maintain respect for its own rules.

The split season, which is coming into effect from 2022 onwards, is underlined by the principle of intercounty teams respecting the window where clubs have exclusive access to players, and also the allotted ‘off-season’ time-frames.

Even when coronavirus restrictions are consigned to memory, the association will be looking to enforce specific intercounty training windows to make room for the club season.

Given the fall-out of Dublin’s controversial early morning training session, the GAA are not only looking to save face amidst public anger after the Sky Blues broke the government restrictions. They may also look to make an example of Dublin to preserve the sanctity of the split season going forward.

If they don’t, it could have lasting consequences.