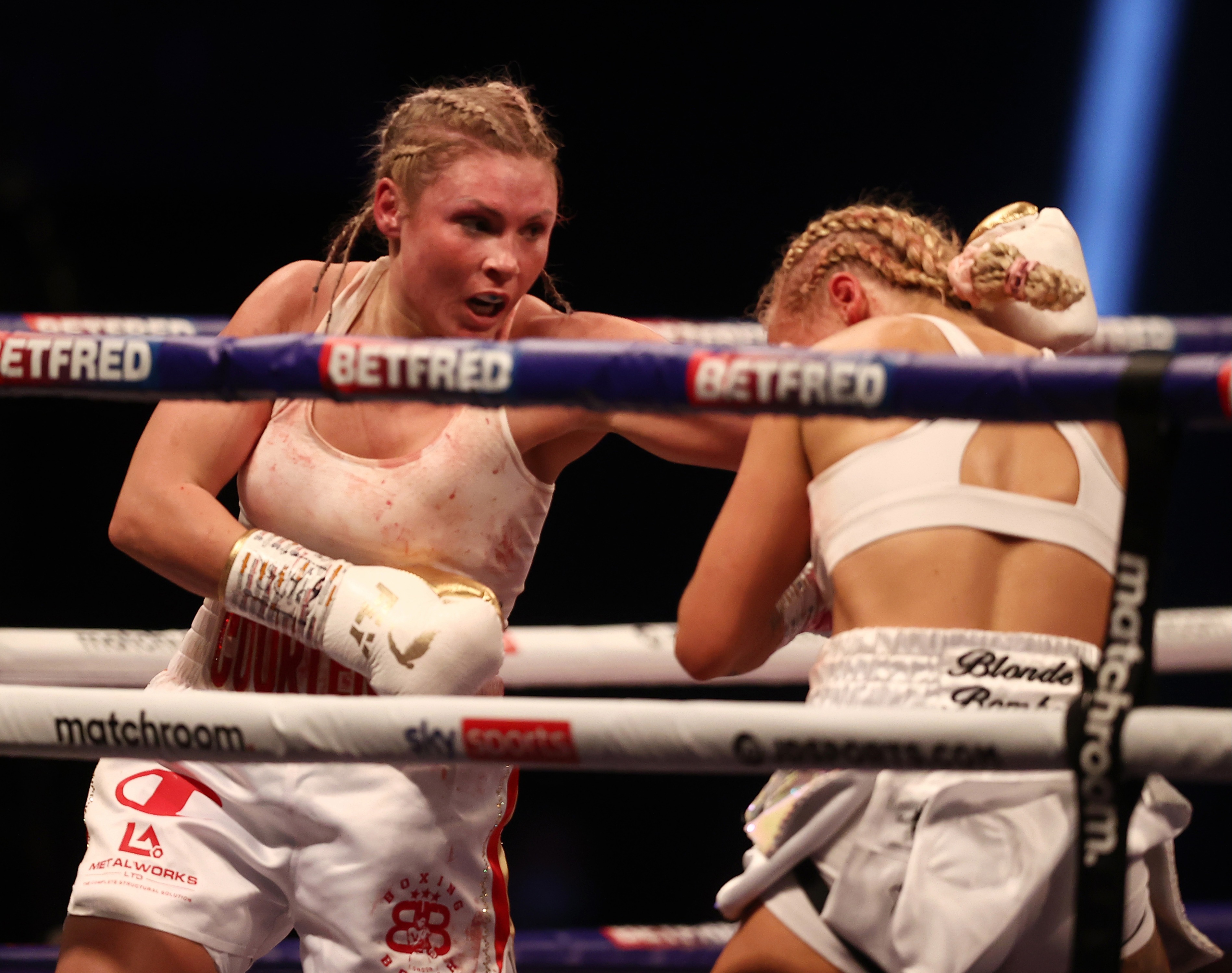 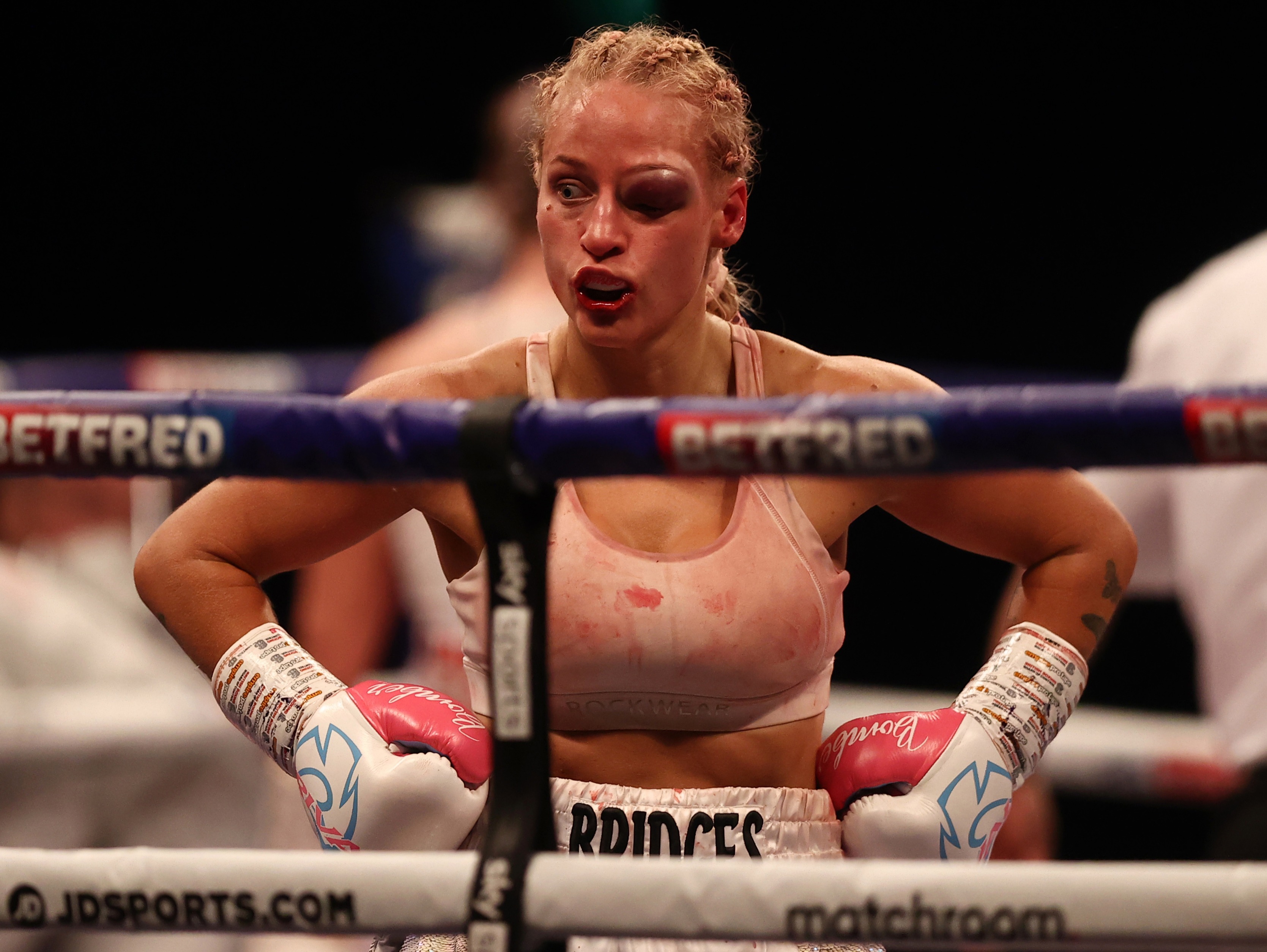 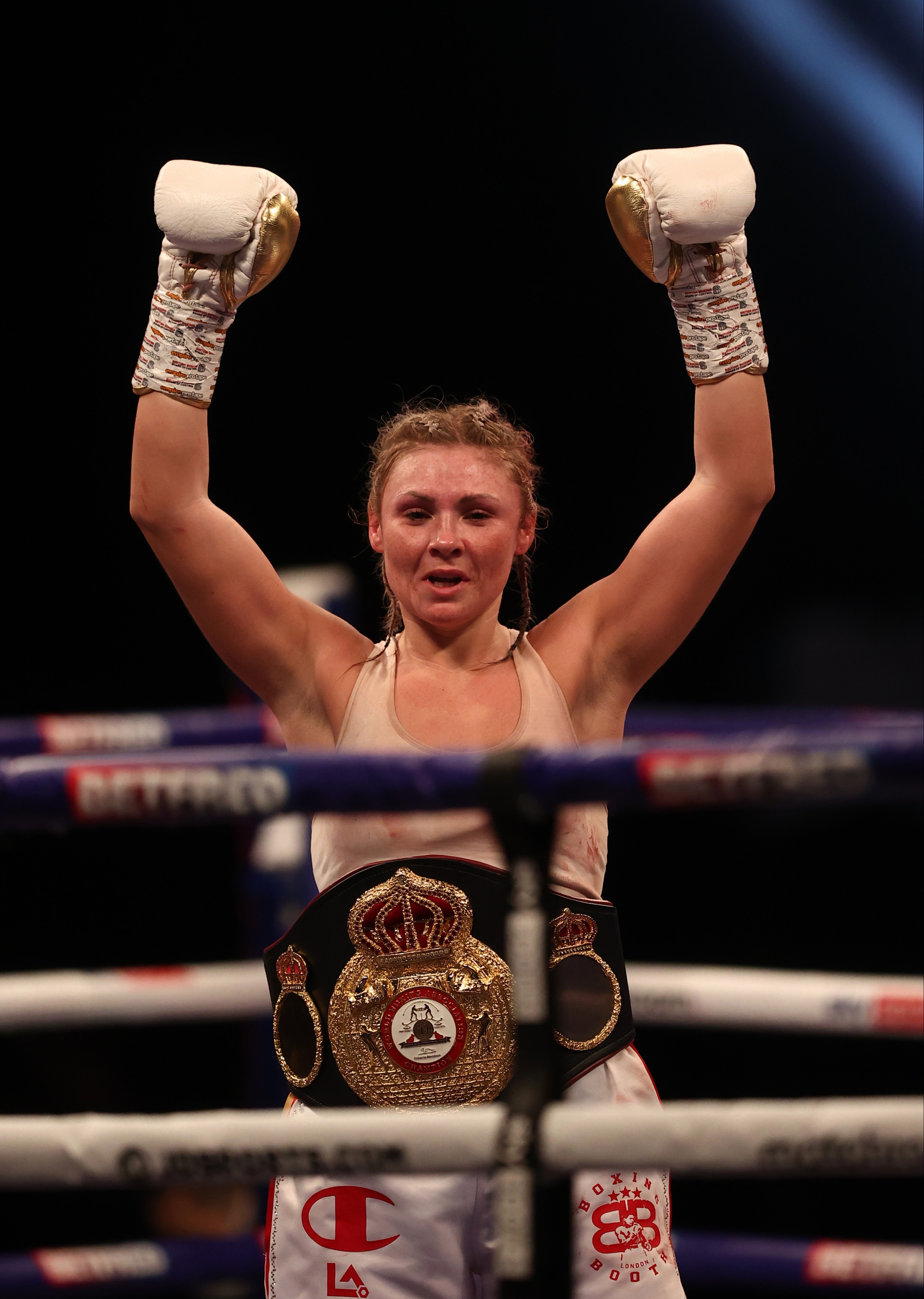 Courtenay had accused Bridges of cheapening the sport in the build-up, with the racy lingerie she wears for weigh-ins but both women put on a gutsy show of heart and chin.

The accurate ringside judges called it: 97-94, 98-92 and 98-92 and the pre-fight bad blood evaporated as the two battered and brave combatants hugged.

Courtenay cried: "I can't put it into words, me and my whole team have worked so hard.

"I boxed better and had the cuter shots, she was trying to knock me out and I just had to stop trading.

"My jab popped her eye and that was where and when I boxed best."

Courtenay enjoyed the best of the opener, especially when a heavy right hand cracked Bridges’ temple.

Bridges, 34, battled back into the fight in the second with a couple of meaty rights and both sets of blonde braids were soaked red by a cut by the end of the session on Courtenay’s scalp. 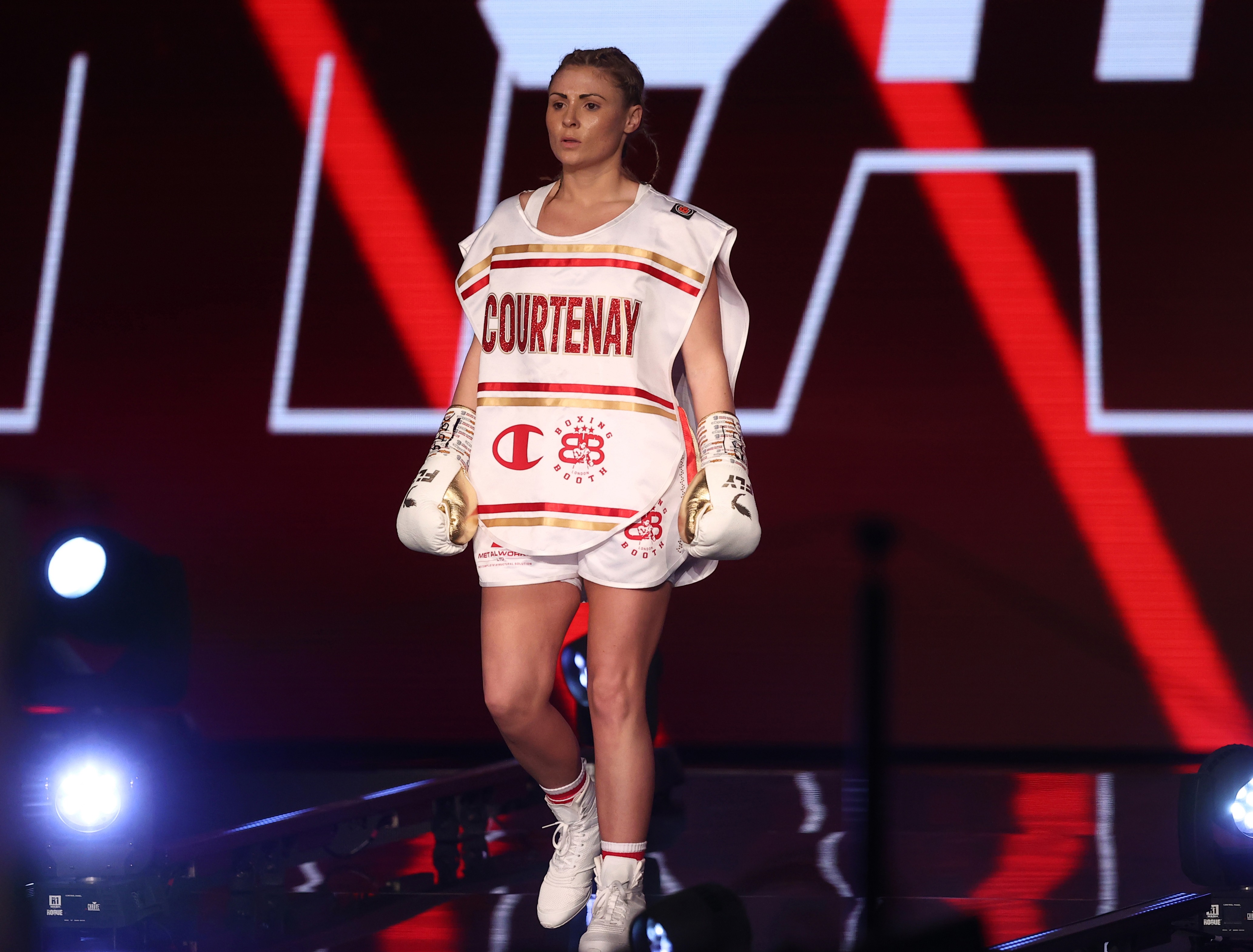 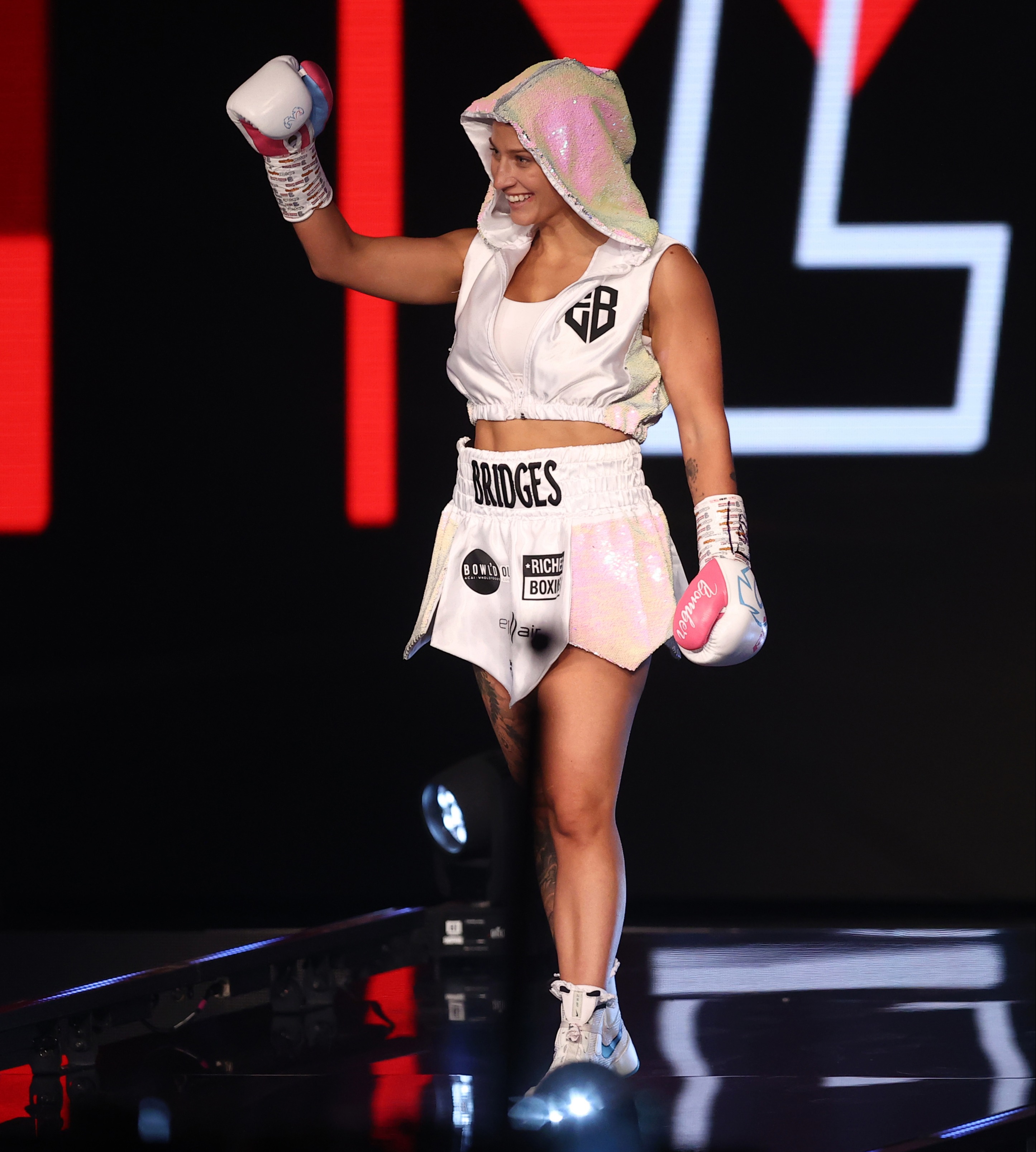 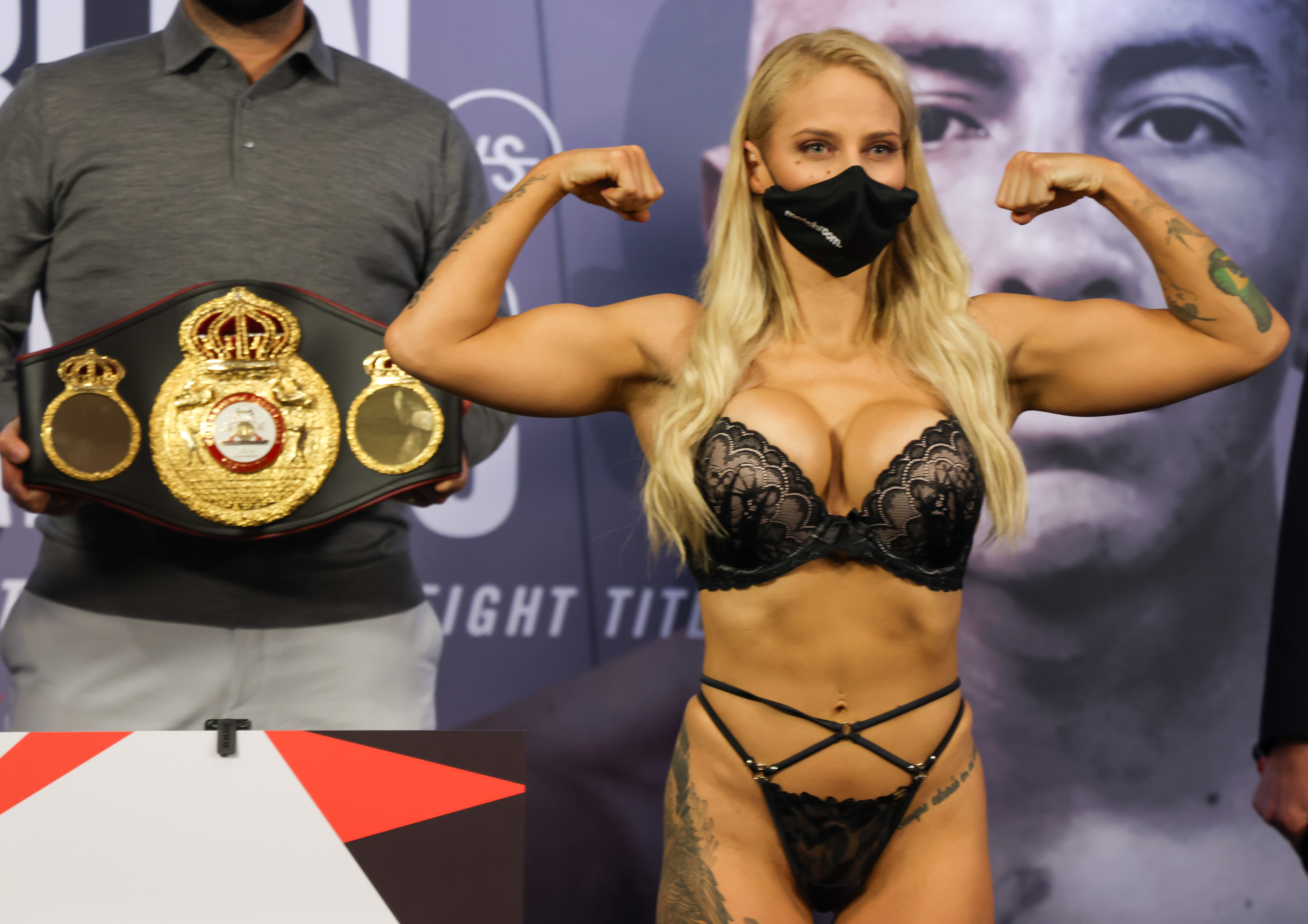 Bridges proved her chin in the third when Courtenay, 27, landed a booming right hand that drove into her chin and neck but did not drop the underdog.

Bridges fired back with a counter left hook that clipped the Watford ace but did not hurt her.

The pristine white tops both women wore to the Copper Box ring were bright pink by the end of the fourth as Courtenay’s wound continued to ooze.

At the start of every round Bridges barrelled in and the fifth was no different as she tried to catch the Brit cold again.

But it wasn’t until halfway through the two-minute round that another counter left hook landed flush.

But Bridges was whacked just before the bell and and her tattooed legs buckled by a fizzing right hand.

Bridges dug in again at the start of the sixth and scored when Courtenay appeared to tire.

And the seventh was another successful stanza for the danger from Down Under as Courtenay was whacked too often.

By the start of round eight Bridges had a grizzly welt over her left eye that the referee checked and her corner worked frantically on with an iron compress.

The ninth was another slugfest and Bridges appeared rocked by a series of digs that went unanswered but she survived another two-minute round.

Bridges confirmed she could not see out of her left eye for the final session but went out agan half-blinded and was punished for her bravery with shots to head and torso until the final bell rang.