Home » Lifestyle » EE, Three and Vodafone customers could be missing out on a £100 discount

EE, Three and Vodafone customers could be missing out on a £100 discount 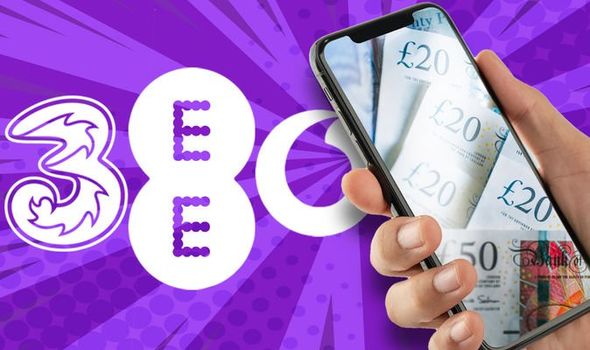 You could be paying well over the odds for your smartphone, according to consumer watchdog Which? New research shows that out-of-contract customers should shave an average of £96 a year by pushing their mobile network for a better deal. According to the rules introduced by Ofcom last year, telecoms providers, including mobile networks, now need to issue end-of-contract notifications warning customers when their current pay monthly contract is about to end. That’s because these contracts include the cost of the handset as well as an agreed allowance of minutes, text messages and mobile data.

But after the initial length of the contract, usually between 18 and 36 months, you will have paid off the cost of the hardware, so forging on with the same monthly bill means you’ll be paying way over the odds. Ofcom hoped these end-of-contract notifications would encourage customers to shop around for a better deal …but that’s not always the case.

Consumer champion Which? surveyed some 4,000 members of the public to find out how these end-of-contract notifications changed consumers’ behaviour.

According to the data, customers with pay monthly contracts were the least likely to act on an end-of-contract notification. In total, around 13 percent of those surveyed by Which? said they wouldn’t bother chasing their provider for a better deal and would continue to pay the same phone bill, despite already paying off the phone. That’s compared with 9 percent of those surveyed who said they wouldn’t act on an end-of-contract notification for their broadband deal.

It’s always better to act on these notifications than ignore them. Even if you’re happy to pay the same amount each month – you could be missing out on a more generous data allowance, or new technologies, like super-fast 5G downloads which hadn’t even launched in the UK when you first signed up to your contract. But when it comes to approaching these end-of-contract notifications, Which? found that some approaches yielded better discounts than others.

According to data compiled by Which?, around a third of mobile customers surveyed said they managed to haggle for a better deal (33%) or switched providers (35%) when their contract ended, saving an average of £60 a year on their bills. However, Which? found some customers who negotiated with their provider directly and were able to save an extraordinary £96 a year. And unlike switching provider, it didn’t involve the hassle of switching your number of a new SIM.

Mobile providers are also required to inform customers of the best deals they have available in end-of-contract notifications. A fifth of mobile phone customers accepted the deal offered in their notification – protecting themselves from the worst price increases (but not necessarily unlocking the best deals out there).

Natalie Hitchins, Head of Home Products and Services at Which?, said: “Nearly a year after end-of-contract notifications were introduced, our research shows mobile customers are less likely than broadband or TV customers to act when their contract ends and many are still grossly overpaying on their bills. This is why Which? has launched a mobile switching service to help people who have reached the end of their contract to compare the best deals on offer so they can easily switch providers or haggle for a better deal.”