In a series of unearthed video and audio interviews put together by fans, The Beatles John Lennon, Sir Paul McCartney, George Harrison and Ringo Starr shared their experiences of meeting the icon that was Elvis Presley. There were so many memories shared, but one of the smallest gives an insight into how the musicians were feeling before they actually got to meet the King of rock ’n’ roll.

Reflecting on the experience, Harris shared: “On one trip or another we met Elvis.

“One of the highlights. And it was funny because the nearer we got to his house we forgot where we were going and we are in this Cadillac Limousine, and you know what it’s like in LA everything goes round and round and round.

“And then I think we were going along Mulholland Drive,” the star continued. “And we had a couple of cups of tea in the back of the car. 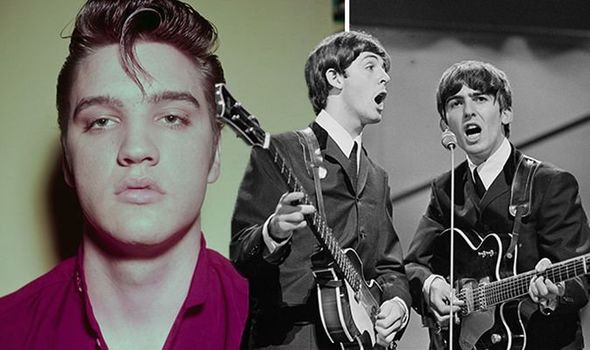 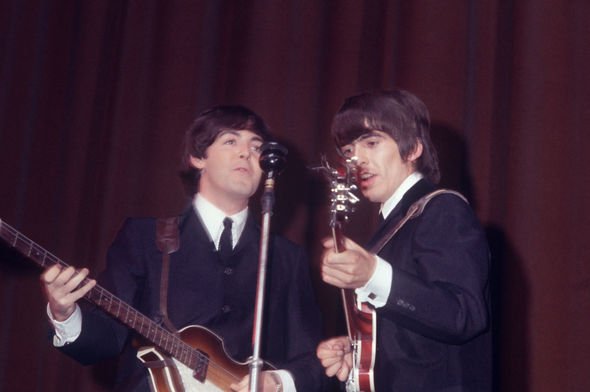 The singer recalled the funny scenes decades ago, saying: “We pulled up and there was these big gates and somebody said ‘Oh yeah we’re going to see Elvis’.

“And then we all fell out, just like in a Beatles cartoon.

“We all fell out the car like ‘hehe’ in hysterics, trying to pretend we weren’t silly.

“And then we went in the house and there’s Elvis sitting on the couch playing a Fender bass plugged into an Amp watching the TV. 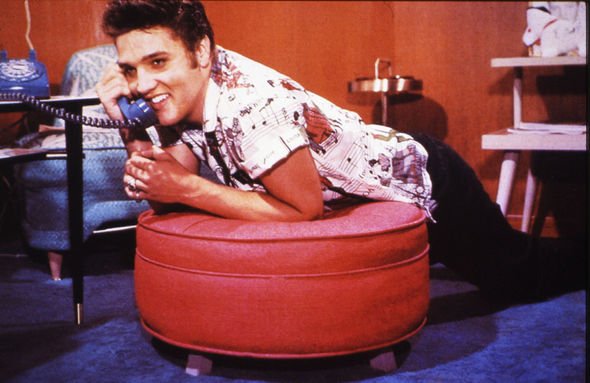 Sir Paul chimed in: “It was Elvis he just looked like Elvis.

“He was the king wasn’t he,” Harrison confirmed.

Sir Paul carried on down memory lane, and it was clear how much of an impact the Hound Dog singer had on the group.

John Lennon will: Why did Beatles star ‘cut son Julian out of will’? [EXPLANATION]

“Wow that’s Elvis,” he shared, “and he was playing Mohair Sam all evening. He had it on a jukebox, he played it like endlessly, that was like the record of the moment for him.

“So it was great to see, oh he’s a music fan, he’s not just… and he was listening to one of our big records at the moment too.

“He had the TV on all the time [too],” Harrison continued. “Which is what I do anyway.

“So we just got in there and played with him you know. All plugged in what was around and we all played and sang,” the musician remembered fondly.

Elvis Presley is due to be reincarnated in a new biopic.

The highly-anticipated musical extravaganza is being directed by Moulin Rouge royalty Baz Luhrmann and will star Austin Butler in the title role.

Tom Hanks is also confirmed to star in the film as the singer’s manager Colonel Tom Parker.