Home » Lifestyle » End of the world on June 21? Video claims Nibiru system is ‘right in front of our eyes’

End of the world on June 21? Video claims Nibiru system is ‘right in front of our eyes’

The doomsday Planet X or Nibiru has entered the solar system if bizarre claims and conspiracy theories are to be believed. Nibiru is believed by many to orbit the Sun every 3,600 years and its passage of Earth is meant to herald the end of the world as we know it. Nibiru’s supposed arrival in the system coincides this week with bizarre claims the Maya predicted the end of the world would strike on June 21 – the date of a Ring of Fire solar eclipse.

A video shared this week on social media and titled Nibiru/Nemesis System is right in front of your eyes, claims to shows the rogue planet above Earth.

Nibiru reports vary, with some claiming it is a planet on an elongated orbit of the Sun, while others claim it is a brown dwarf star or mini solar system.

A description for the video uploaded by Gabriela Stardust reads: “I didn’t expected too much tonight by filming our skies… but like it is in our lifes, always expect the unexpected and be amazed how they can hide and manipulate our skies with those chemtrails and geoengineering.

“I was surprised when I did evaluate my recordings and that I was able to capture more than five planetary objects withing my 25 minutes recording. 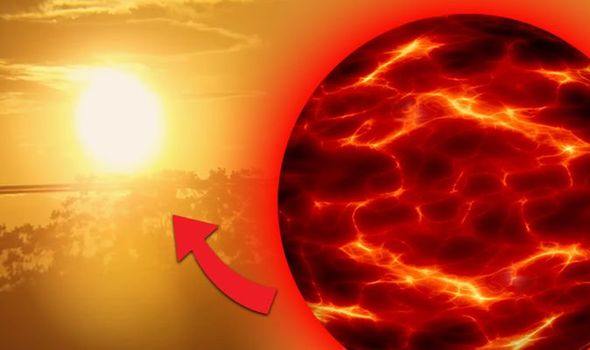 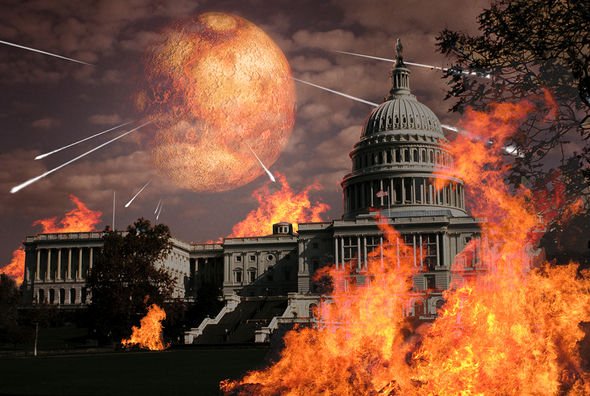 “The objects are clearly to see to the two to three o’clock position of the Sun, very small looking yellows light-emitting moon and two to three brownish looking planetary objects right above the electrical Sun.”

Many Planet X conspiracies revolve around outrageous claims the Sun is a simulation and the skies are doused with chemicals to hide Nibiru from sight.

The Nibiru video appears to show a cloudy sky and vivid sunset but there is no sign of any rogue planet or any other unwarranted celestial body other than the Sun.

Ms Stardust wrote: “Astonishing to recognise that not more people are being aware of this phenomenon in our skies.

Just use common sense. Have you seen Nibiru?

“The chemtrail colours are being adjusted to the planetary objects, which makes it harder and almost impossible to catch those with your naked eyes.

“The camera lenses are able to spot colour/temperature differences, but depends on the camera and lens coating as well…”

Nibiru’s supposed arrival coincides with an annular eclipse of the Sun that will create a beautiful ring of fire effect in the sky.

Although perfectly natural, the ring of fire eclipse has been branded by some Christian evangelists a prophetic sign of the apocalypse.

DON’T MISS…
What does Bible say about COVID-19? [INSIGHT]
The mathematical proof Jesus was the Messiah [INTERVIEW]
Was coronavirus prophesied in the Book of Revelation? [ANALYSIS] 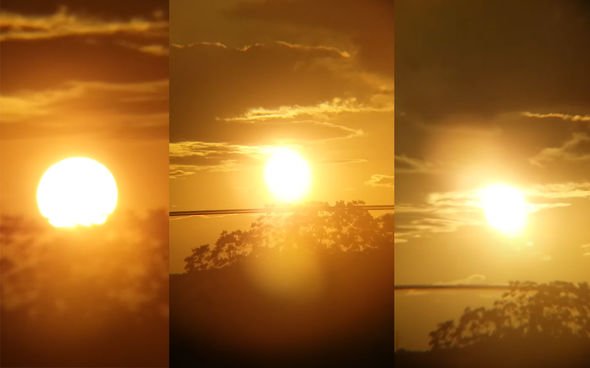 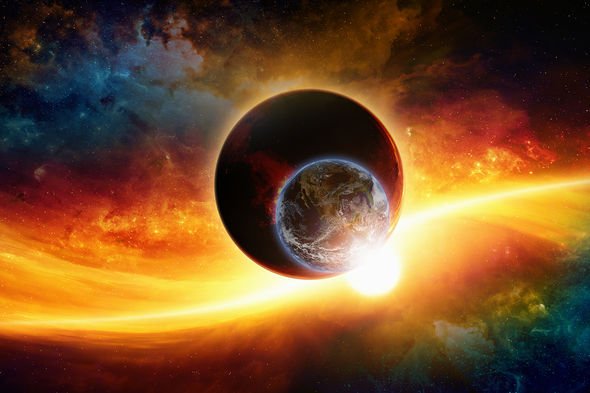 Conspiracy theorists have also recently claimed the Maya calendar will end on June 21, 2020, and signal the end of the world.

The assertion comes after a doomsday claim swept across the world in 2012 – the original day on which the world was supposed to end.

But the world is still here and there is no sign the end days are about to unfold.

NASA scientists have debunked these doomsday hoaxes on past occasions, proving Nibiru is not real and the Maya did not prophesy the world’s demise.

“If a large planet or brown dwarf were headed for the inner solar system in 2012, it would already be tracked by thousands of astronomers, both professional and amateur, all over the world.”

And of the Maya calendar hoax, NASA said: “News flash: the world didn’t end on December 21, 2012. You’ve probably already figured that out for yourself.”