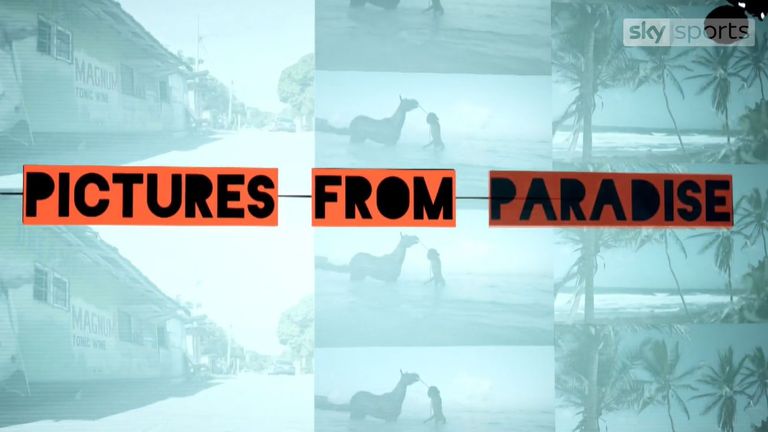 West Indies had not lost a Test at Sabina Park for 35 years and most people could only see one outcome when a young, raw England squad arrived in Kingston in February 1990.

In episode one of our new feature, ‘Pictures from Paradise’ we look back on an historic moment for England on the field and a momentous one for Sky TV off it.

‘Victory in Jamaica’ tells the story of how captain Graham Gooch led the tourists to a nine-wicket win over a West Indies side that had only lost one Test on their own patch in 12 years.

As Sky Sports Cricket pundit Michael Holding recalled: “Nobody expected West Indies to lose; people knew there was going to be a battle, yes, but they didn’t expect a loss. That would have been a great shock.”

England went into the series without the experience of Ian Botham and David Gower, who were not considered for selection, and hurting from the Ashes humiliation of 1989.

Former England captain Nasser Hussain recalls that he, for one, was hugely nervous the night before the Test.

“I didn’t sleep,” Hussain admitted. “Six months earlier I was playing for Durham against York or Leeds-Bradford University; the next day I’m playing against Viv Richards, Desmond Haynes and possibly facing Patrick Patterson.” 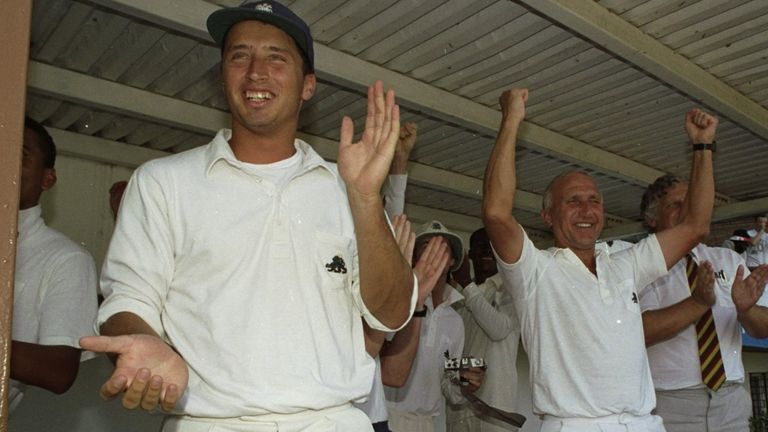 Things looked ominous for England as Gordon Greenidge and Desmond Haynes eased to a fifty-run opening stand but everything changed when Devon Malcolm executed a superb run out from fine leg.

West Indies were bundled out for 164 as Angus Fraser bagged five-for, before Allan Lamb (132) and Robin Smith (57) propelled England to 364.

Malcolm then claimed the prized wicket of Vivian Richards in West Indies’ second innings on his way to 4-77 and Gladstone Small bagged 4-58 as the home side set England only 41 to win.

The runs were duly knocked off for the loss of Gooch, with opener Wayne Larkins striking the winning runs.