Don’t take me home! England WAGs and families soak up the last of the winter sun after crashing out to France in the World Cup Quarter Finals

England players’ partners and families are getting back to normal after the team crashed out of the World Cup against France in the Quarter Finals.

While WAGs have rushed to Instagram to show support for the brave Three Lions following heartbreak on Saturday night after a 2-1 loss against France, they have soaked up the last of the winter sun in Qatar before heading home.

And some are already back on British soil – including Conor Coady, who did the school run with his three sons this week as they lined up in their uniforms and coats by the front door – wearing Everton hats, of course.

Jack Grealish’s sisters, Kiera and Hollie, and his girlfriend Sasha Attwood have been enjoying the sunsets in Doha before heading back to the UK where they’ll be in for a shock at freezing temperatures. 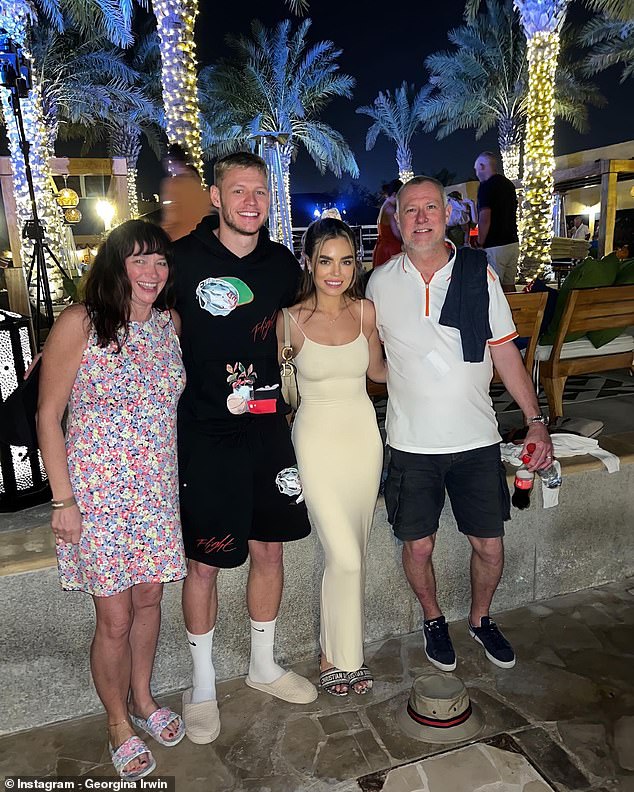 Night out in Qatar! Georgina Irwin posted a photo of herself out with her fiancée Aaron Ramsdale and his parents during the World Cup

Kiera has also been enjoying the balmy Qatar evenings with Daisy Maguire, who is the younger sister of England defender Harry.

Meanwhile Aaron Ramsdale’s glamorous fiancée Georgina Irwin posted a series of photos from her time in Qatar, including a selfie with Ramsdale and a photo of herself with Aaron and his parents. 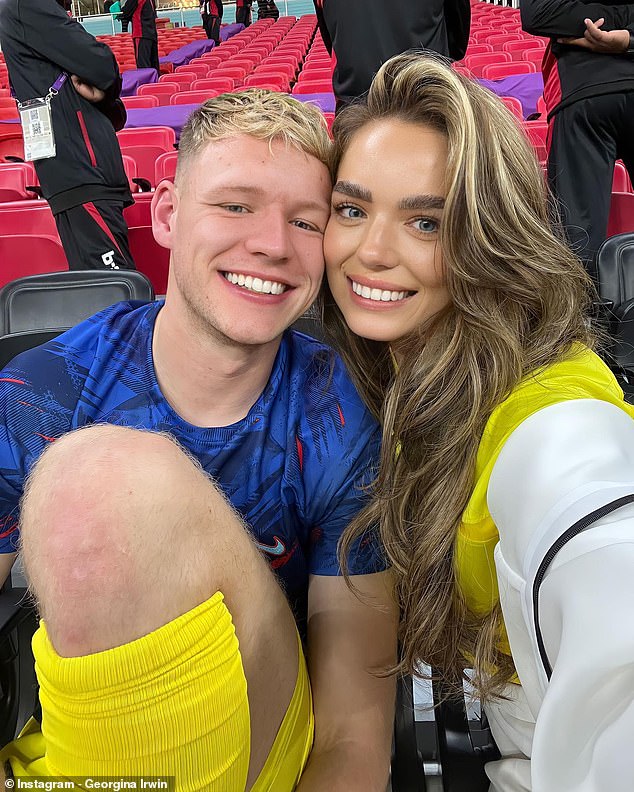 Georgina Irwin posted a series of photos as she recalled the ‘amazing experience’ of supporting her fiancée Aaron Ramsdale at the World Cup (pictured: Georgina with Aaron) 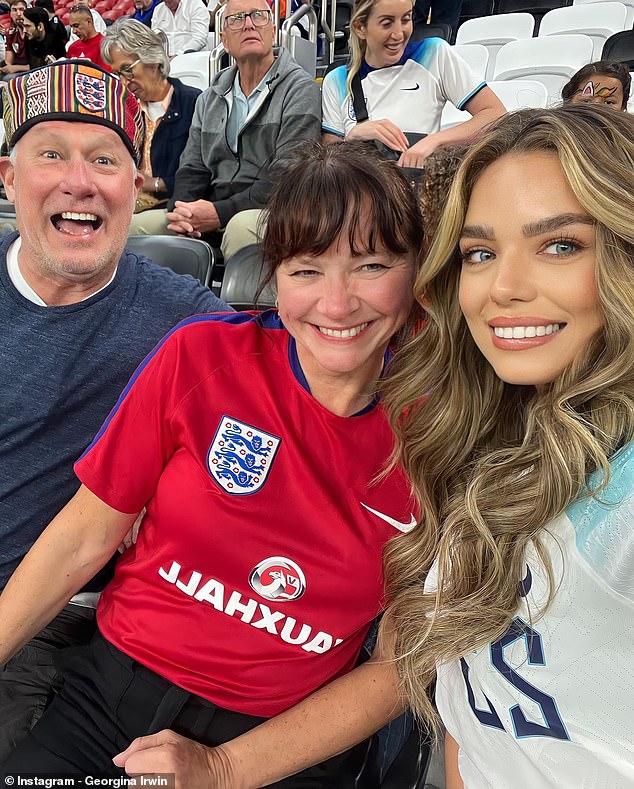 Georgina (right) posted a series of photos to celebrate her World Cup experience, including snaps of herself with Aaron Ramsdale’s parents

She captioned the photos: ‘What an amazing experience, one we will never forget. To my best friend, I am so proud of you.

‘Your love and support for the team was undeniable. Watching a dream of yours come true is something we’ll treasure forever.

‘What a team, so grateful to have been a part of it.’ 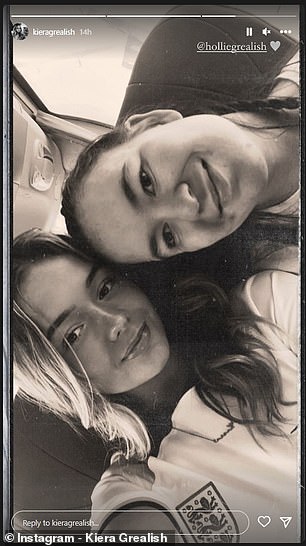 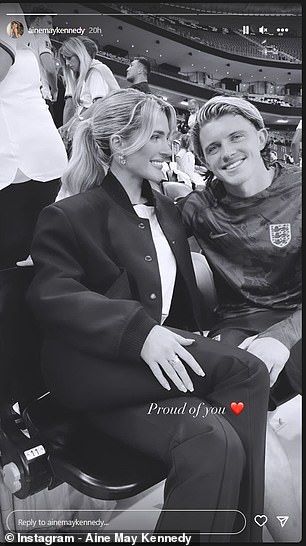 Jack Grealish’s sister Keira posted a photo from the tournament on Instagram of herself with sister Hollie (left), while Aine May Kennedy posted a photo of herself sitting with her boyfriend Conor Gallagher saying she was ‘proud’ of him (right) 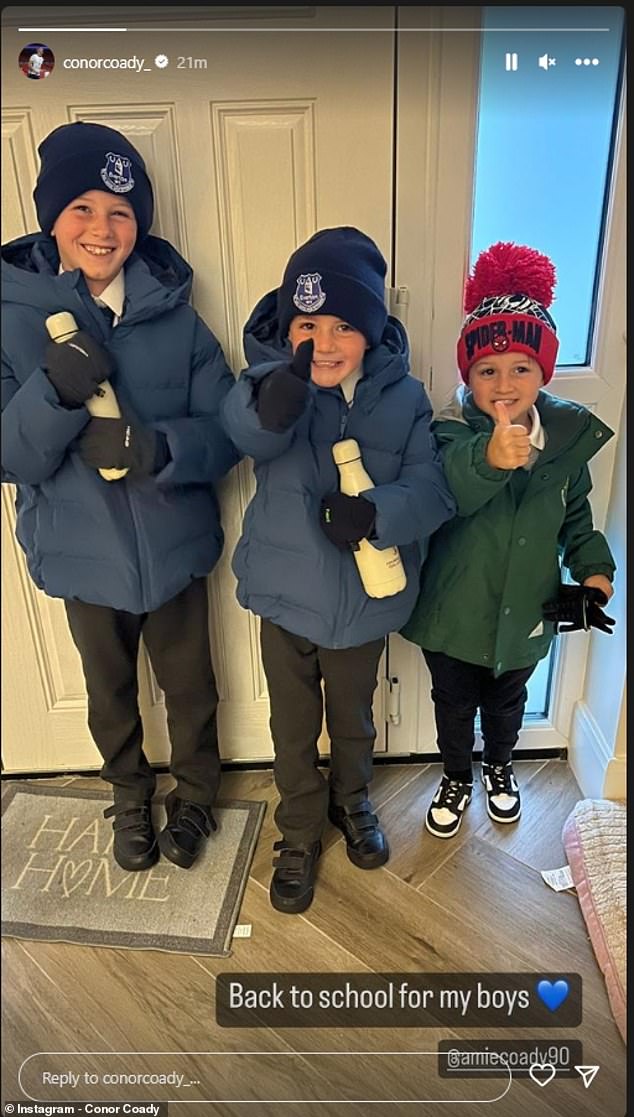 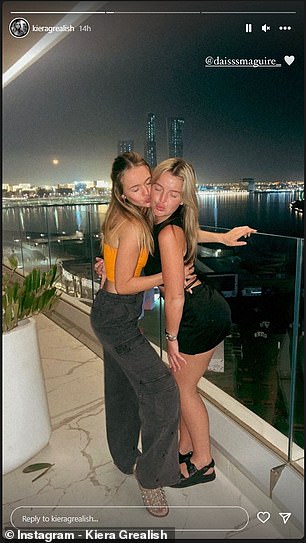 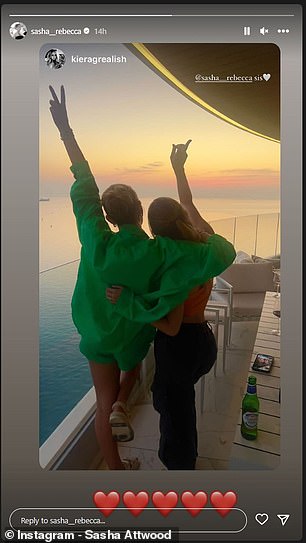 Best friends! Kiera Grealish posted photos of herself with both Harry Maguire’s sister Daisy and Jack Grealish’s girlfriend Sasha as she looked back on her World Cup experience 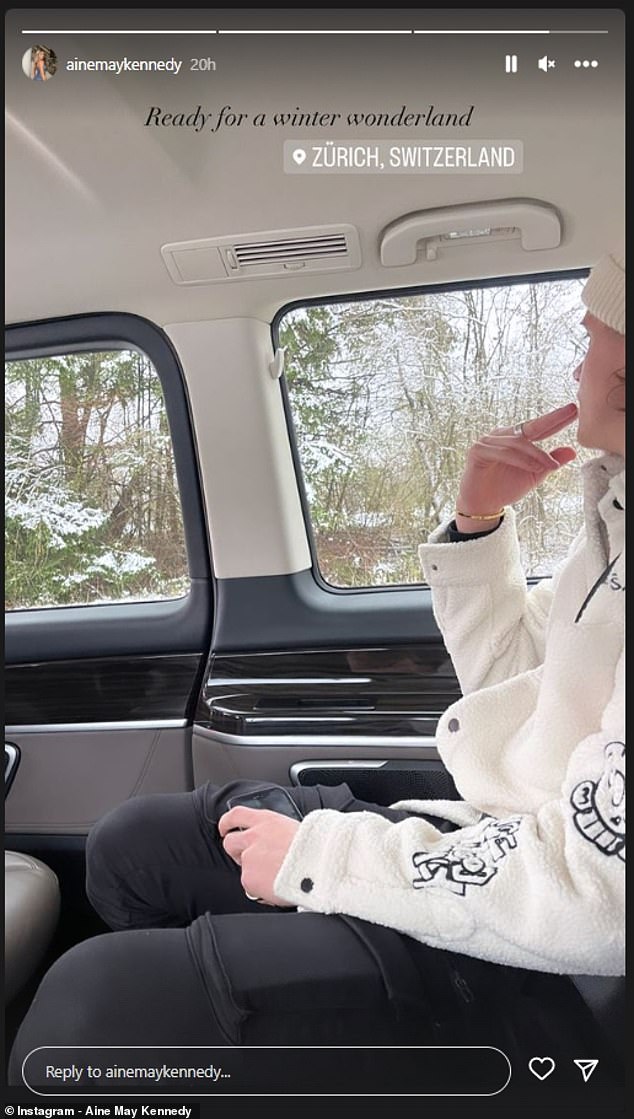 Aine May Kennedy posted a photo of herself and her partner Conor Gallagher taking a detour to Zurich, Switzerland, before coming home

Aine May Kennedy and her partner, Conor Gallagher, were pictured driving through a ‘winter wonderland’ after they touched down in Switzerland.

Model Aine posted a photo of Conor sitting alongside her in the back of the car as he looked out onto a frosty scene with snow-covered trees.

Other England WAGs including John Stones’s girlfriend Olivia Naylor and Harry Maguire’s wife Fern posted on their Instagram stories to say they were ‘so proud’ of the players following the defeat.

After Harry Kane missed a penalty which could have seen England equalise, his wife Katie posted on her Instagram story to say she was ‘always proud’ of her husband.

She then shared a post from David Beckham, 47, who offered comforting words for the defeated team.

Writing: ‘Our boys will continue to grow.. It’s always the worst feeling waking up after being knocked out of a tournament but our players , Gareth the staff and all our fans can be proud of this team…’

‘It takes a true leader to step up in these moments and that’s what our captain did , the next time it will be a different ending we walk away with our heads held high @england’.

Finally she posted a photo of the players and gushed: ‘What a team, our time will come’.