DUNCAN FERGUSON has turned down a job at Real Madrid because he wants to become Everton boss.

The Toffees legend was offered the chance to join Carlo Ancelotti’s coaching staff after the Italian quit Goodison Park this week. 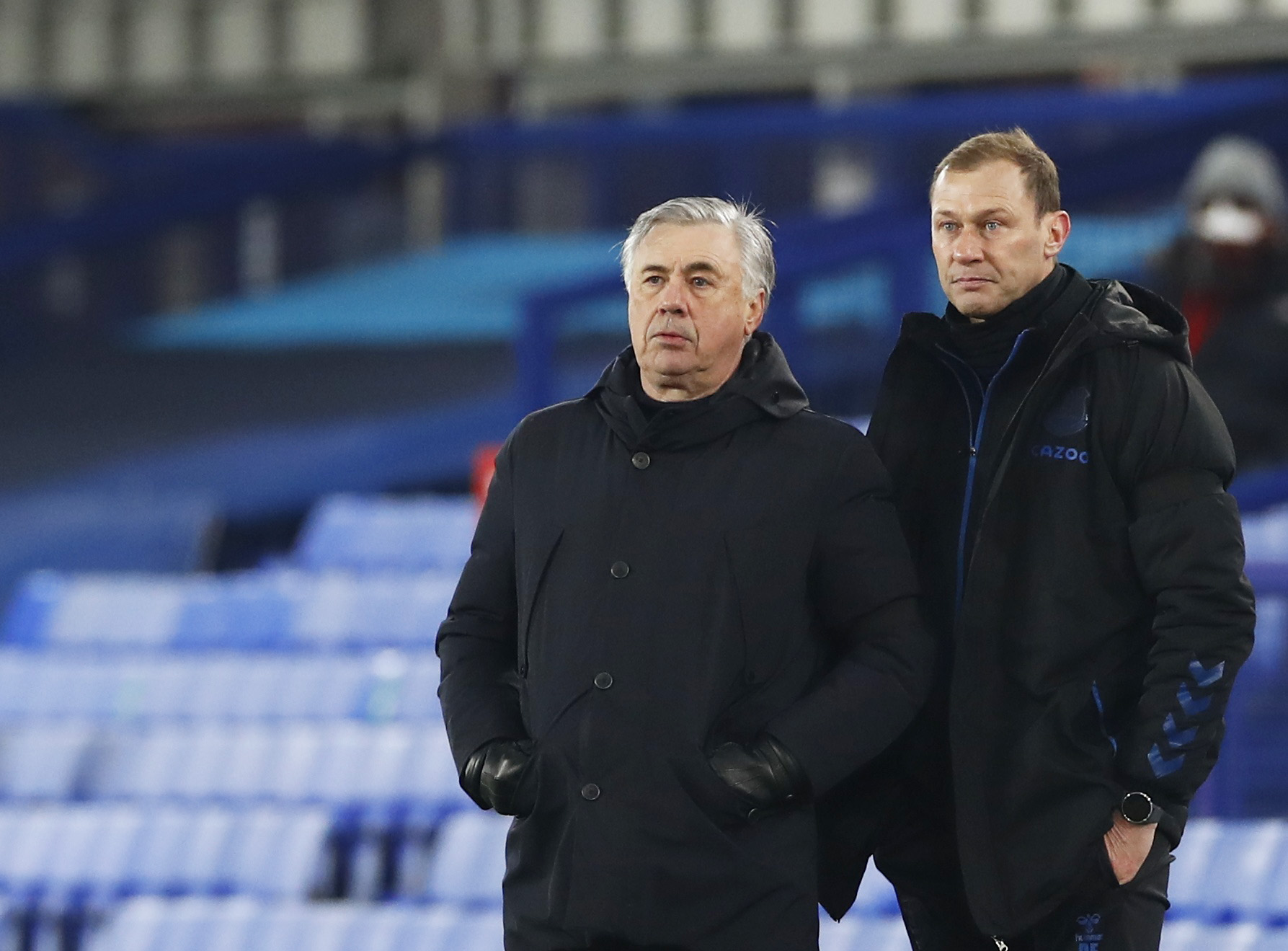 But Big Dunc, 49, thinks he is ready to step up as manager and hopes owner Farhad Moshiri picks him.

He has also teed-up old team-mate Lee Carsley as his No 2 if he gets the nod.

Ferguson is a huge favourite with the fans from his playing days and his time as Ancelotti’s joint-assistant manager.

The Scot took charge of the club in December 2019 following the sacking of Marco Silva  and earned five points from his three Prem games before Ancelotti arrived.

Everton have been talking to former Wolves boss Nuno Espirito Santo about their vacancy for days but have yet to commit.

The former Wolves boss remains the bookies' favourite to take over at Goodison Park, with Eddie Howe, David Moyes and Rafa Benitez also said to be in the running.

Ancelotti's exit stunned Everton and the club's fans – as well as a number of senior stars.

He returns to Real Madrid six after he was first sacked, at a club where he won the Champions League, Copa del Rey and Club World Cup.

He did not, however, win the LaLiga title in his two seasons at the Bernabeu.

Ancelotti tweeted: "I would like to thank Everton, my players and the supporters for giving me the opportunity to manage this fantastic and historical club.

I decided to leave as I have a new challenge with a team that was always in my heart, Real Madrid.

"I leave taking with me all the amazing moments we have experienced together and wish the club and fans all the best."