A FAMILY have complained workers must have been "drunk" when they built their new-build home after finding more than 200 faults.

First-time buyers Rebecca Chrystal, 39, and David Mount, 40, moved into their property, built by developer Persimmon on the Orchard Croft estate in Diss, Norfolk, in December 2018. 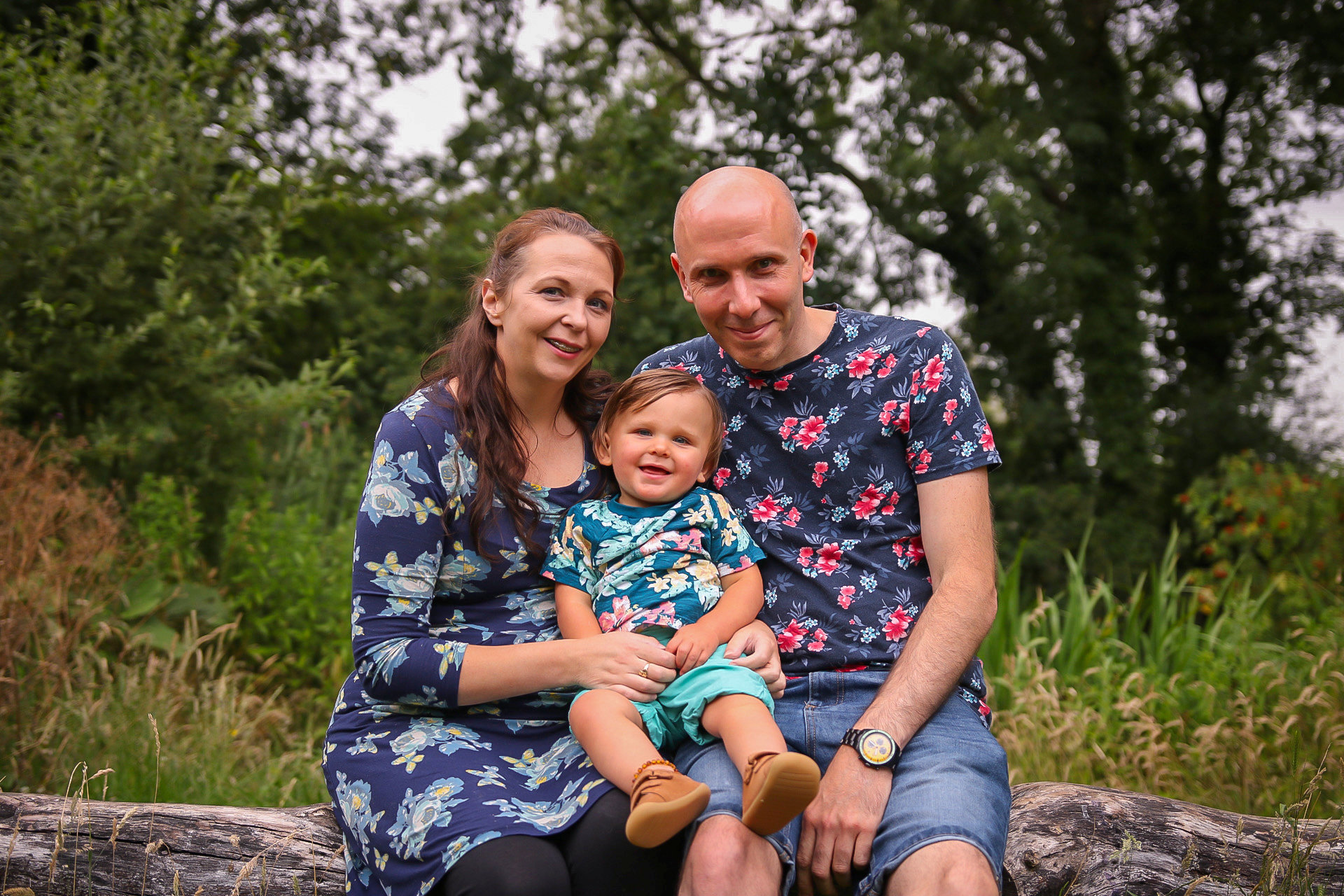 But within a month of moving in Rebecca, who is a personal assistant, and David, who works in property maintenance for a charity, had three double-sided A4 pieces of paper listing every snag in the house.

And two years' later they're still waiting for problems to be fixed.

The catalogue of issues includes uneven concrete flooring, cracks in the ceiling, walls that were not aligned, pins and joints visible on the stairs and bathroom flooring that was not stuck down and needed relaying.

Rebecca, who was pregnant with the couple's son Joseph at the time, says the constant struggle to get their home up to scratch has taken a toll on their mental health. 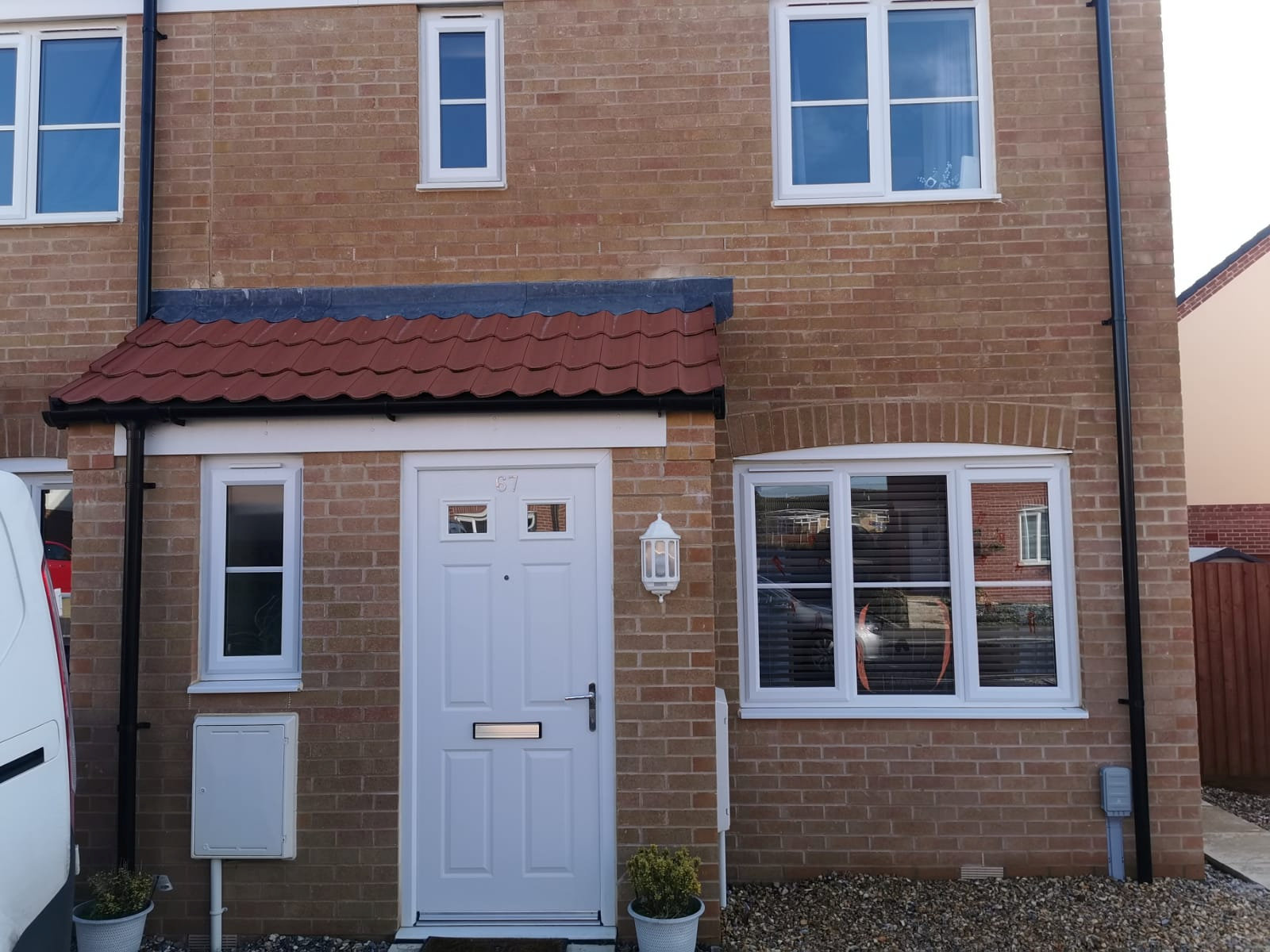 What help is out there for first-time buyers?

GETTING on the property ladder can feel like a daunting task but there are schemes out there to help first-time buyers have their own home.

Help to Buy Isa – It's a tax-free savings account where for every £200 you save, the Government will add an extra £50. But there's a maximum limit of £3,000 which is paid to your solicitor when you move. These accounts have now closed to new applicants but those who already hold one have until November 2029 to use it.

Help to Buy equity loan – The Government will lend you up to 20% of the home's value – or 40% in London – after you've put down a 5% deposit. The loan is on top of a normal mortgage but it can only be used to buy a new build property.

Lifetime Isa – This is another Government scheme that gives anyone aged 18 to 39 the chance to save tax-free and get a bonus of up to £32,000 towards their first home. You can save up to £4,000 a year and the Government will add 25% on top.

"First dibs" in London – London Mayor Sadiq Khan is working on a scheme that will restrict sales of all new-build homes in the capital up to £350,000 to UK buyers for three months before any overseas marketing can take place.

Starter Home Initiative – A Government scheme that will see 200,000 new-build homes in England sold to first-time buyers with a 20% discount by 2020. To receive updates on the progress of these homes you can register your interest on the Starter Homes website.

She said: "When we first moved in I didn't want to live here, I hated it and was in tears.

"I was pregnant and didn't want to have any stress because Joseph was IVF, so we knew he was special and that we had to be careful.

"When I spoke to Persimmon over the phone, I said 'were the builders drunk when they built it?' There were so many problems, everything looked rushed." 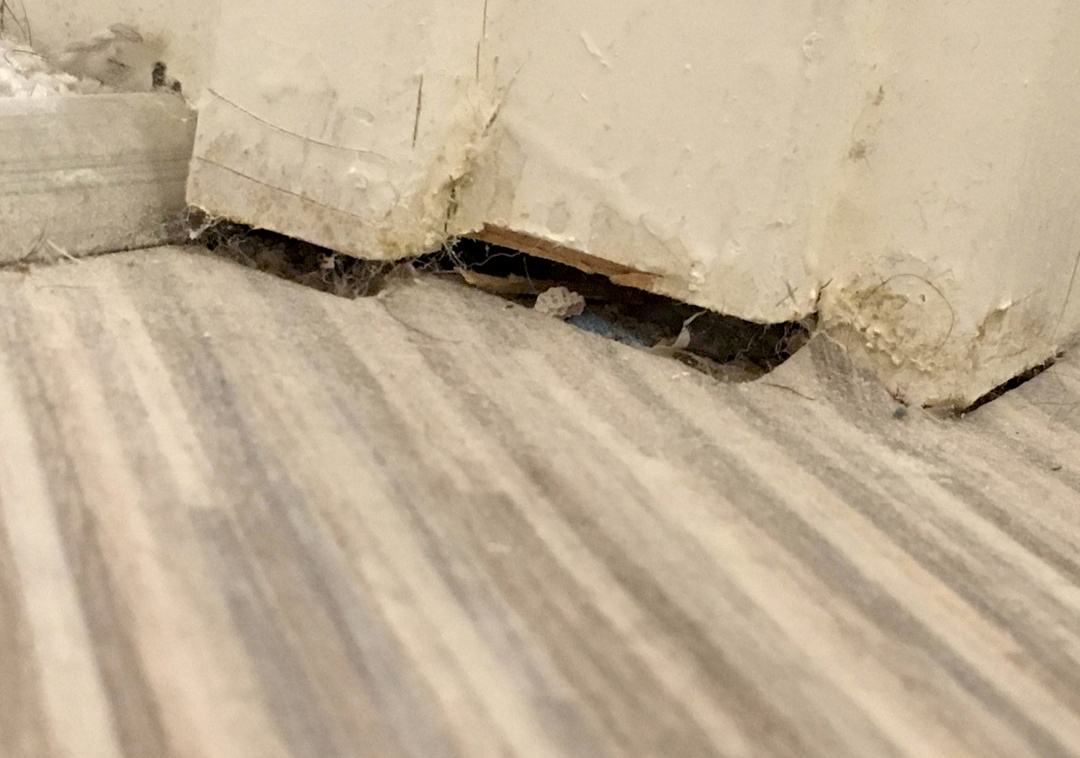 But other issues discovered include warped fencing panels in the garden, marks that were left on posts, doors and paintwork, poor quality turf, as well as a front door that did not fit the frame.

In addition, the couple had the wall around their front door knocked through, while the front room flooring had to be levelled out as it was cracked and uneven.

The en-suite bathroom flooring is also being retiled again, plus a loose fuse that caused the oven to stop working needed fixing.

But Rebecca and David say it's not been easy to get the problems resolved. 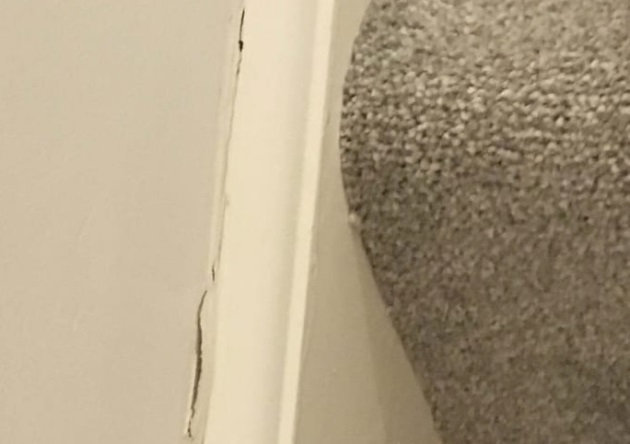 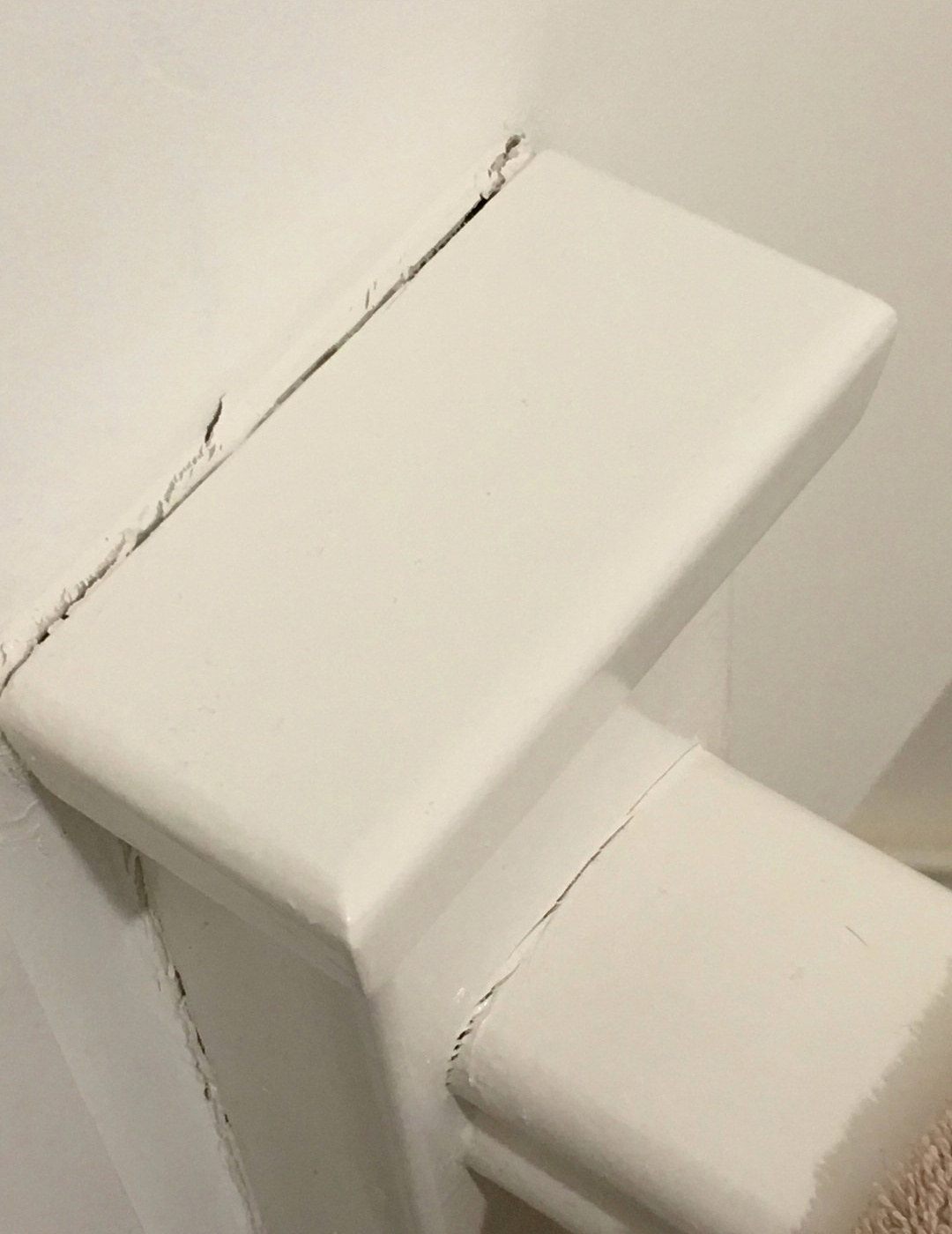 Rebecca said: "It's constant battles getting contractors to come, it's tiring and stressful constantly having to organise the work being done and fight Persimmon over every little thing.

"If we had the money we would pay for it ourselves. The whole reason we bought this house was so we wouldn't have to do anything to it when we moved in and it would be ready.

"It's exhausting and disrupts our busy work lives. It's been hard, really hard work."

HERE’S how new-build buyers can avoid problems, and what they can do if they come across them.

New-build buyers should consider taking out a survey by an independent professional to check for any snags before buying.

According to consumer body the HomeOwner's Alliance, a snagging survey should spot minor issues such as a door that’s misaligned and catching on the carpet as well as more serious structural issues.

These reports typically cost between £300 and £600. Get quotes from local firms but ensure valuers are members of professional body RICS.

New-build buyers are advised that solicitors should also check properties are fully signed off before completing the sale.

If they are not, then you should usually agree to some kind of retention with the builder.

This means holding back a certain amount of the purchase price until the building work is complete.

Once you're in your new home

Most builders have a two-year warranty, so ask the building company to fix any issues within this window.

After the two years, you may find some building policies still cover major issues so check with the building company. If not, you may have to rely on your home insurance.

Where you're struggling to get your housebuilder to fix issues you could consider using a relevant alternative dispute resolution (ADR) scheme or taking the firm to court. See the HomeOwner's Alliance for more information on this.

David added: "It's been a catalogue of errors over nearly two years; it's been so frustrating. We didn't even get a welcome pack when we moved in.

"It's the quality of the work in the first place that's been the problem as well as the after care. We're not looking for compensation, we are looking for Persimmon to change the way it does things going forward."

The Sun has asked the couple how much the house cost and whether they took out a survey beforehand, which may have spotted some of the issues – see the box above for more on this. We'll update this story if we hear back. 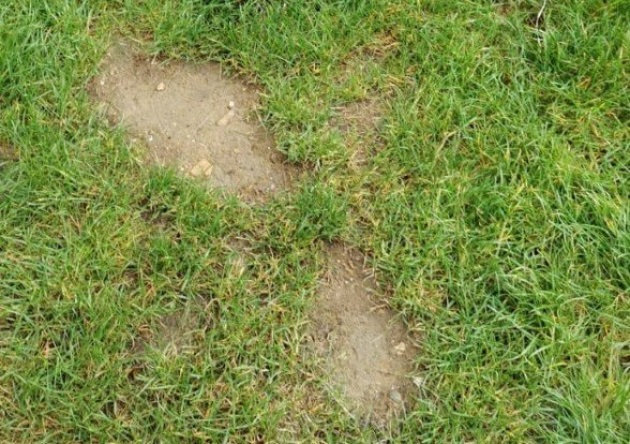 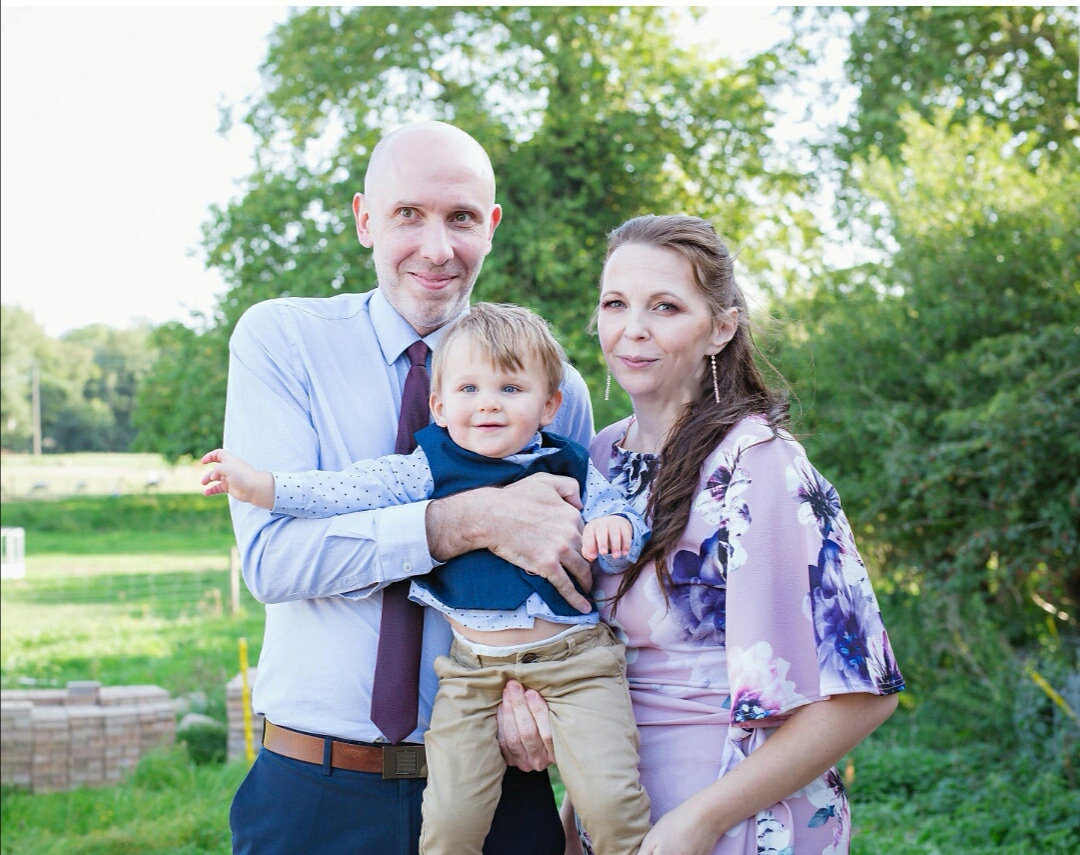 Persimmon Homes Suffolk apologised to Rebecca and David and pledged to fix the problems that still needed rectifying. A spokesman said: "We apologise sincerely for the inconvenience caused.

"Our customer care team has been in regular contact and remains committed to resolving the outstanding issues.

"All of our new homes come with a two-year Persimmon warrant plus a ten-year insurance backed warranty, ensuring every property is built to rigorously inspected standards and providing reassurance to customers that defects will be rectified under the guarantee."

Families in Bradford, Yorkshire were left devastated when they discovered Sherwood had not finished their new-build homes to building regulations meaning they're now worthless.

Meanwhile, one family told how they'd uncovered 108 faults in their new-build home in Staffordshire built by Bellway.

On a happier note, check out our My First Home series for success stories and tips on what to watch out for if you're buying your first property.