Farmfoods is selling three tubs of Quality Street for £10

FARMFOODS is selling three tubs of Quality Street chocolates for just £10 in the weeks leading up to Christmas.

The frozen food supermarket chain is selling the huge 650g tubs now at its branches. 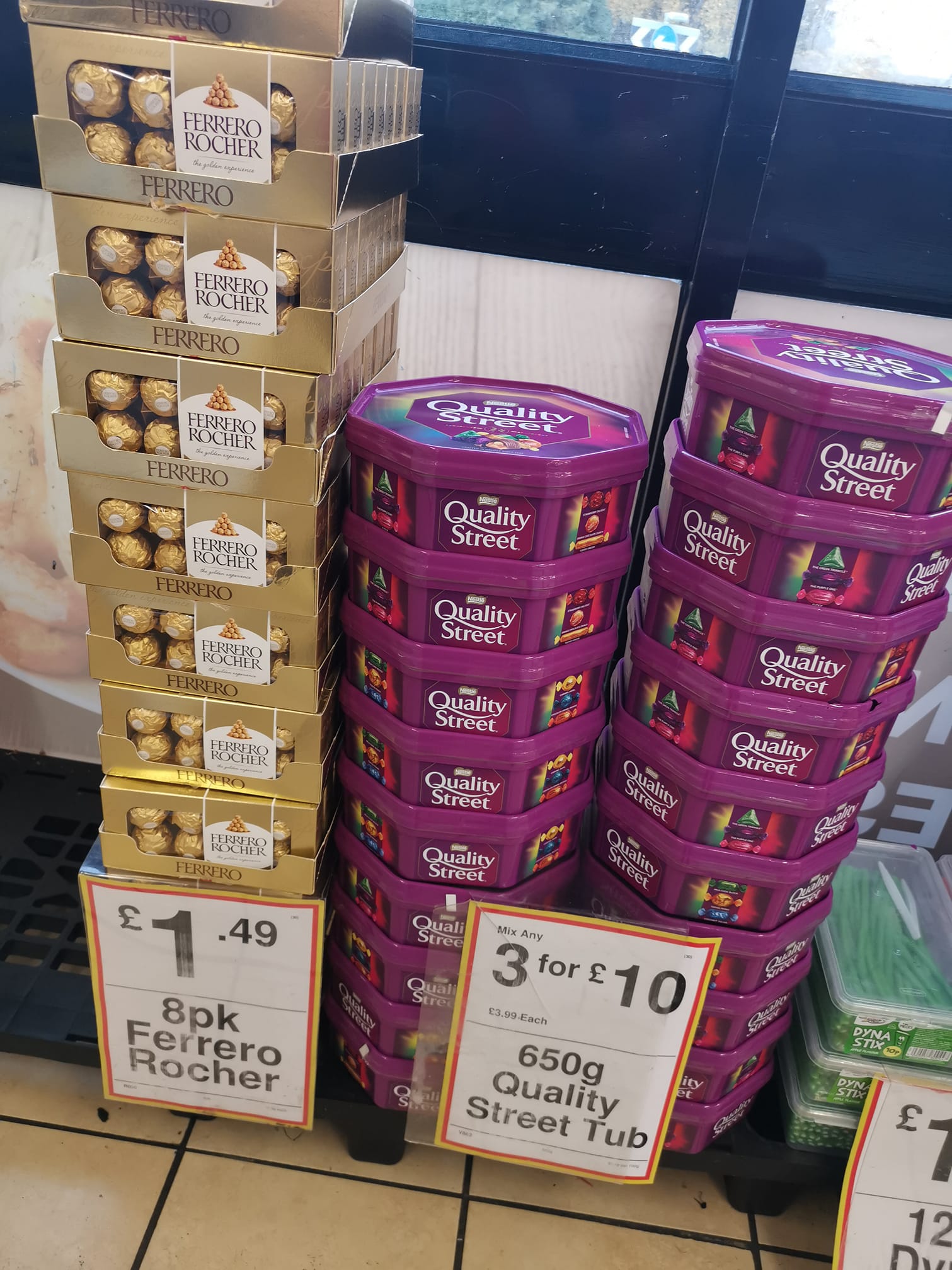 The chocolates contain classics such as the purple one, the green triangle and the strawberry delight.

They are usually on sale for £3.99 each, which means that if you wanted to buy three normally, it would cost you £11.97.

It was first spotted by a shopper who was visiting a branch and posted about the deal on the Extreme Couponing and Bargains UK Facebook group.

His post, which showed a picture of the deal with the caption "@ Farmfoods", proved popular with shoppers as it received more than 4,700 comments and likes.

One shopper wrote underneath his post: "Got 6 packs today. Good buy. Great for stocking fillers."

Another, who tagged her friend, added: "This place has so many deals. Closest one to us is 1hr 30 minutes away. One day we should go x."

Several members of the group also highlighted a similar deal at Asda, where it was selling two tins of Quality Street, Roses, Heroes and Celebrations for £6.

But the offer was only available until Sunday, November 8.

We've asked Farmfoods if the deal is on offer across all of its stores we'll update this article when we hear back.

Farmfoods has more than 300 branches in the UK. To find your nearest Farmfoods branch, use the store locator tool.

It's not the only Christmas deal that's got shoppers excited this year.

Costco is selling a giant stocking filled with 105 chocolate bars and sweets, including KitKat and Snickers.

Aldi is selling a MASSIVE Jeroboam of port which is the same as six bottles worth.

And here are the best Christmas menus including KFC’s gravy burger and McDonald’s double Big Mac.