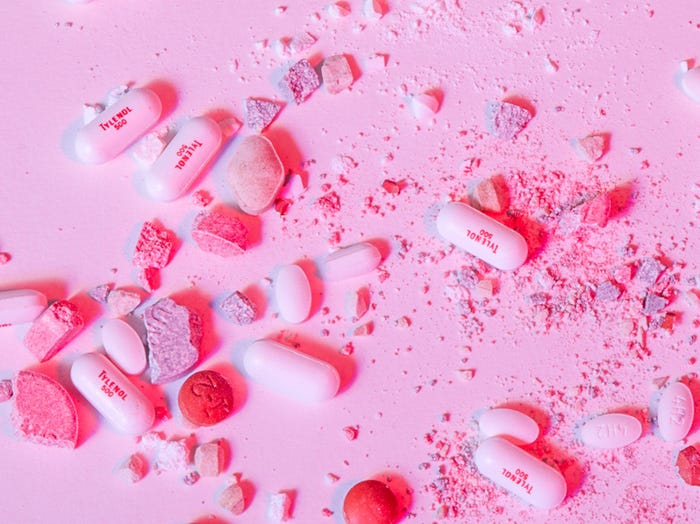 In a memo published on Thursday, September 24, the Food and Drug Administration (FDA) warned against participation in the "Benadryl Challenge," what's some reports have said is a social media challenge in which people take high doses of Benadryl to experience hallucinogenic side effects.

The FDA memo specifically names TikTok as the method in which the challenge has reportedly spread.

"We are aware of news reports of teenagers ending up in emergency rooms or dying after participating in the 'Benadryl Challenge'  encouraged in videos posted on the social media application TikTok," the memo reads.

"We are investigating these reports and conducting a review to determine if additional cases have been reported. We will update the public once we have completed our review or have more information to share. We also contacted TikTok and strongly urged them to remove the videos from their platform and to be vigilant to remove additional videos that may be posted," it says.

A search for "Benadryl Challenge" on TikTok itself returns a "no results found" page with a statement that says that the term may be associated with behavior that violates TikTok's Community Guidelines.

"The safety and well-being of our users is TikTok's top priority. As we make clear in our Community Guidelines, we do not allow content that encourages, promotes, or glorifies dangerous challenges that might lead to injury. Though we have not seen this content trend on our platform, we actively remove content that violates our guidelines and block related hashtags to further discourage participation. We encourage everyone to exercise caution in their behavior whether online or off," a TikTok spokesperson told Insider in a statement.

Insider could not locate any videos specifically posted to TikTok that encourage participation in a "Benadryl challenge," though, a source close to the company said that a small amount of related content was removed earlier this year.

While it's unclear to what extent Benadryl was been glorified on TikTok before the platform took action, the idea of tripping on the drug has been promoted for years across the internet. In 2016, Tana Mongeau, who now has over 5 million YouTube subscribers, posted a video to the platform titled, "I OVERDOSED ON BENADRYL & TRIPPED LIKE ACID: STORYTIME." It still remains on the platform along with other videos talking about Benadryl trip experiences.

According to a news release, three teens told staff at Cook Children's Medical Center they had seen videos claiming that taking more than a dozen doses of Benadryl could cause a "high" and hallucinations.

One of the patients, a 14-year-old girl, took 14 in the middle of the night on Memorial Day and was hospitalized after family members found her severely intoxicated.

"It was scary. She had fractured sentences, hallucinations. Her resting heart rate was 199," her mother told hospital staff. She made a full recovery and was sent home the next day, but the hospital staff said they were concerned the videos could harm others.

Scott Schaeffer, managing director of the Oklahoma Center for Poison and Drug Information, told Insider via email that he couldn't confirm an actual exposure related to the challenge, and there were no records of related cases. He told local news that a large dose of the over-the-counter medication could be potentially dangerous.

Benadryl is a brand name for diphenhydramine, an over-the-counter antihistamine and mild sedative typically used to treat allergies and occasional sleeplessness. It is widely available and inexpensive.

The safe maximum amount for adults is 300 mg a day, or in doses of 25-50 mg at a time every 3-4 hours, according to the Benadryl website.

Too much of it can cause rapid heartbeat, confusion, nausea, ringing in the ears, rapid heartbeat, low blood pressure and possibly a coma, according to Medline. It can also interact with other medications, including alcohol, to worsen common side effects like drowsiness.

While small doses of Benadryl are generally regarded as safe, long term use of Benadryl, even at normal doses, has been linked to a potential risk of dementia later in life, leading some medical experts to discourage its use, particularly every day.