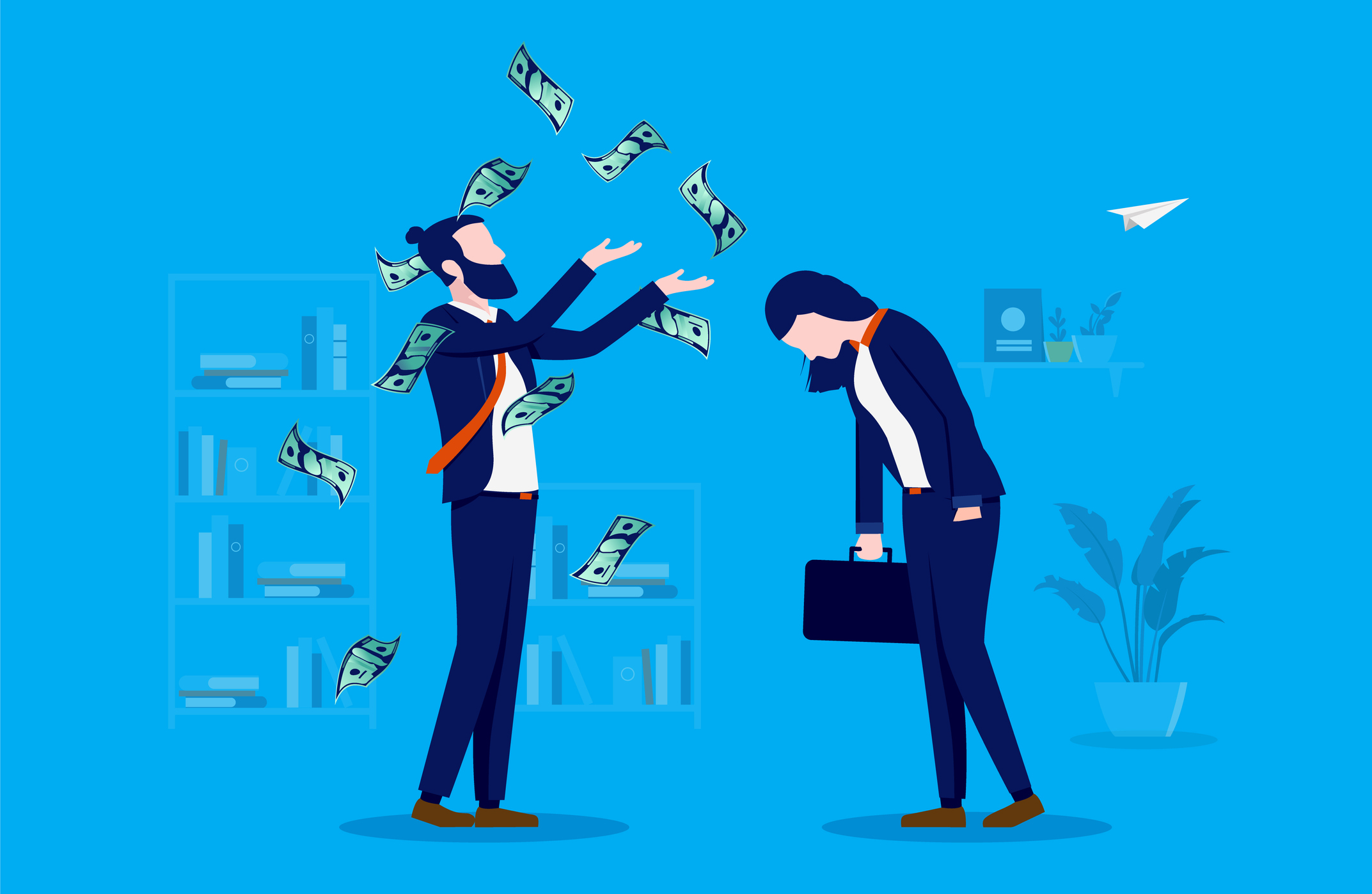 We all know about the gender pay gap – where men are paid more than women for doing the same role, because sexism.

But what isn’t often discussed is the gender-based discrepancy in pay that exists in the freelance world.

The research surveyed 1,000 freelancers to reveal the average day rates across the different regions and industries – and the gap between genders was particularly stark within certain sectors.

Industry analysis shows that the legal sector has the biggest gender pay gap within the self-employed group, with self-employed women charging, on average, 56% less than their male counterparts.

How to raise your day rate as a freelancer

Talking about money is really awkward, and can be tricky to negotiate as a freelancer.

Here are some top tips from Tide for how to broach it and get paid what you deserve:

‘When it comes to setting your rate, a great place to start is looking at comparative freelancer’s, many unions have these available, for example Bectu for TV freelancers has the rate of pay for inside London, as well as outside of London pay brackets.

‘Speaking with other freelancers within the industry is also a great way to get a sense of what other freelancers have been paid. If you can speak to someone who has worked for the same company before, this also gives you a benchmark to raise in discussion about your rate.’

‘It’s important that you speak with your peers about what they are earning, open conversations are not what businesses expect and is another way you can ensure you are being paid a fair rate.’

Be brave and build up your rate

‘Be brave in what you are asking for and believe in your skill set, the company wants you for this and you should be being paid the same as a male colleague.

‘Always look to increase your rate project to project, you are building your unique skill set with every role you do, so always look to push up your rate, even if it’s by an additional £50- £100.

‘You may well be bartered down to your last rate, but you should never go below what you have last been paid for a role.’

‘Remember working freelance means that there are usually gaps between your roles. Ensuring you have money to live on during the down periods is a great way to get an idea of what you should be being paid.’