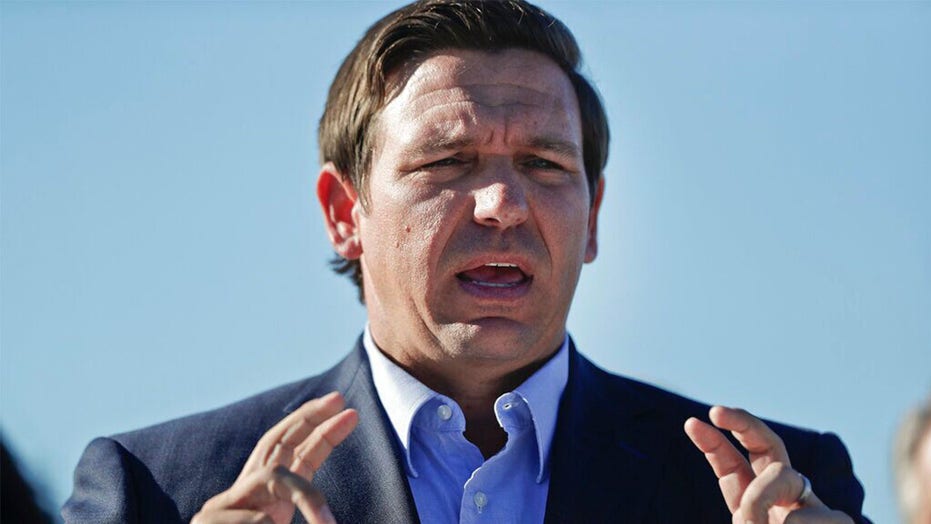 Florida Gov. Ron DeSantis on Monday expressed his support of some Power 5 conferences playing football during the fall as reports indicate that some schools’ seasons may be postponed.

DeSantis said in an interview with Outkick’s Clay Travis he believes the ACC and SEC should play.

“I think in fairness to some, you know, the Big Ten and kind of those college presidents, they may have a little bit different sense of this,” DeSantis said. “The Southeastern Conference and ACC — I think most of those institutions do want to play because I think they do understand, you know, how important it is for the well-being of their student-athletes. So yeah, I’m, I’m 100% in favor of and in fact, when the SEC changed the schedule up, you know, I was like, ‘OK, so we’re just not going to do Florida-Florida State?’ I was like we could maybe we can find a way to squeeze that in as well. So yeah, we’ve got to play.”

ESPN reported that Big Ten Conference officials are leaning toward postponing the season to the spring, just as the Mid-American Conference did. DeSantis said ACC and SEC schools should look at luring players.

“Not only should they make the best decision for themselves and not let the Big Ten lead them into canceling sports, what they should do is they should reach out to all the Big Ten athletes and say, ‘Hey, we’re playing.’ I mean, look, I don’t want [Ohio State quarterback] Justin Fields playing against Florida teams, but I mean, at the end of the day, I think you’re going to see if there’s parts of the country that won’t allow the opportunity in other parts. You’re already seeing you have some high school athletes that are moving from California to Georgia and stuff. I think you’ll see that happen,” he said.

“So no, you don’t go by what the Big Ten does. You’ve got to do what’s right for your institutions, and I think here, the safest thing is to play because I think this is the best environment for our student-athletes.”

It’s unclear what the Power 5 conferences are thinking in regard to the 2020 season. Each conference has already created an in-conference schedule for each team to limit travel around the country. The ACC has even included Notre Dame in the scheduling process.

Sources told ESPN the commissioners met on Sunday to discuss the possibility of not playing football in the fall. However, no decisions were ultimately made. Big Ten presidents are reportedly ready to nix college football and wanted to see whether other conferences were feeling the same way.

The Mid-American Conference was the first Football Bowl Subdivision conference to push fall sports to the spring.

“No one has talked about a plan if the season is canceled,” West Virginia athletic director Shane Lyons, who is the chair of the Football Oversight Committee, told ESPN. “If it's canceled, we need to be able to give clear direction at that time, as opposed to saying, 'We don't know.’”