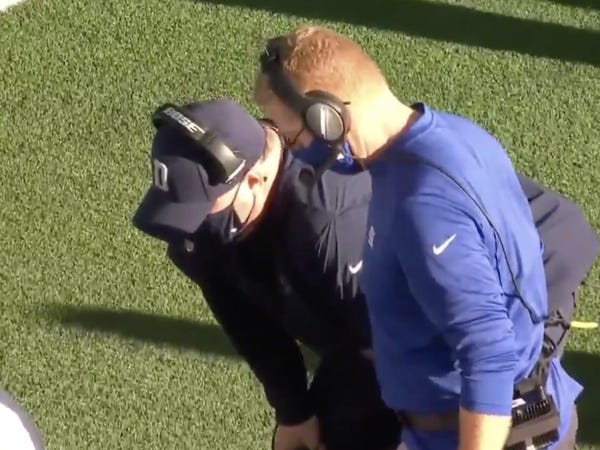 As Prescott was attended to on the field and helped into the cart to be taken off the field, Jason Garrett, his former coach and current offensive coordinator for the New York Giants, rushed over to stand with Cowboys head coach Mike McCarthy and check in on his longtime quarterback.

Garrett coached Prescott through his first four seasons with the Dallas Cowboys and was clearly ready to lend his support despite now coaching from the opposite sideline.

On Twitter, fans praised Garrett for his caring and concern.

Prescott's injury will almost certainly leave him out for the remainder of the 2020 season, but he'll have plenty of support from his coaches and teammates, current and former, as he begins his recovery.