Washington, D.C., police on Thursday released body camera footage showing the death of a Black moped driver who was fatally struck by a car during a police chase last week after his death sparked protests and violence in the city. Mayor Muriel Bowser said four of the officers involved in the pursuit of 20-year-old Karon Hylton have been placed on leave, according to CBS affiliate WUSA-TV.

The footage, captured by the body camera of a Metropolitan Police Department officer riding in the passenger seat of a police vehicle, shows the officers pursuing Hylton as he rides away. The chase continues for nearly two minutes, with the officers frequently flashing their lights. As Hylton exits an alley on the moped, the footage shows him colliding with a non-police vehicle and falling to the ground.

The video does not appear to show any collisions prior to Hylton’s fatal crash, despite earlier claims from Hylton’s friends that police hit the back of the moped and pushed him into the oncoming car.

The video shows police providing aid to Hylton, who was then transported to a hospital. He died Monday from his injuries. 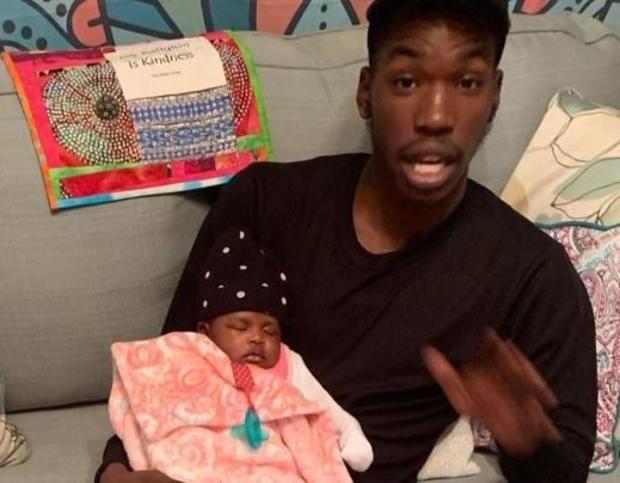 In a community briefing video, the department said officers saw Hylton riding a Revel moped without a helmet on the sidewalk and attempted to initiate a traffic stop before he sped away.

Mayor Bowser on Thursday criticized the officers for pursuing Hylton. “We have very clear policies about no chasing,” she said, according to WUSA-TV. “It should be obvious by now. Why? Because chases can be dangerous.”

Police Chief Peter Newsham said his officers would have been wrong in chasing Hylton if it had just been a traffic issue, but added that it is not yet clear if that was the case, WUSA-TV reported.

The release of the body cam footage comes after two nights of unrest in the city. Newsham said 14 officers have been injured during violence near the Fourth District police station and eight people have been arrested. 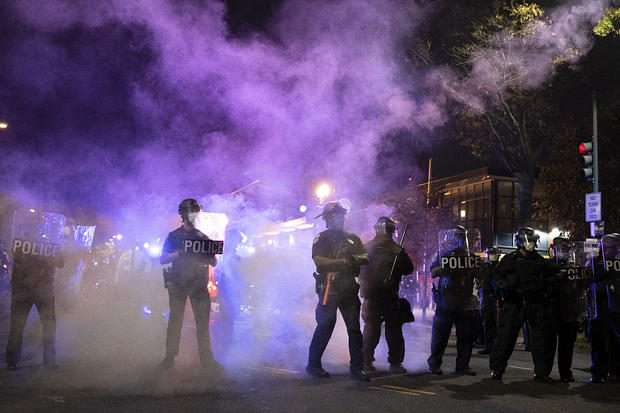 Police put a protective fence around the station Wednesday after windows were smashed Tuesday night — but the crowd broke through and pounded on the doors of the station while yelling “Justice for Karon” and “Who do you serve, who do you protect,” WUSA-TV reported.

“I don’t have… words for this,” she said. “I wouldn’t wish this on my worst enemy, because it really is like leave you stuck, lost confused on how it’s happening. I had a whole family plan, not today, not tomorrow, but I was going to get my family, and Karon was working towards that,” she said.