France's famous pimp would force workers to get plastic surgery

Famed French brothel owner ‘Madame Claude’ whose clients included JFK and Lord Mountbatten was an example to women because of her ‘stupifying success in a man’s world’, claims director of a new film about her life

The director of a new film about France’s most famous brothel owner has claimed she was something of a feminist icon, despite being known for hating women and forcing ‘her girls’ to have plastic surgery before putting them to work.

Fernande Grudet, most commonly known as Madame Claude, was France’s most prolific and high profile pimp in the 1960s and 1970s, connecting the rich and powerful with her prostitute.

Her extensive list of clients included President John F. Kennedy, Lord Mountbatten, Marlon Brando, former Libyan leader Muammar Gaddafi, among countless others who would fork out a minimum of 10,000 franc a night (£8,423).

French’s newspaper Le Monde’s weekend magazine M, Le Mag has published  new portrait of the brothel owner ahead of a new film looking into the life of Madame Claude, who died in 2015 aged 92 in Nice.

French director Sylvie Verheyde, who is behind the films said that even her own mother looked to the famous brothel owner as an example of success, despite her reputation. 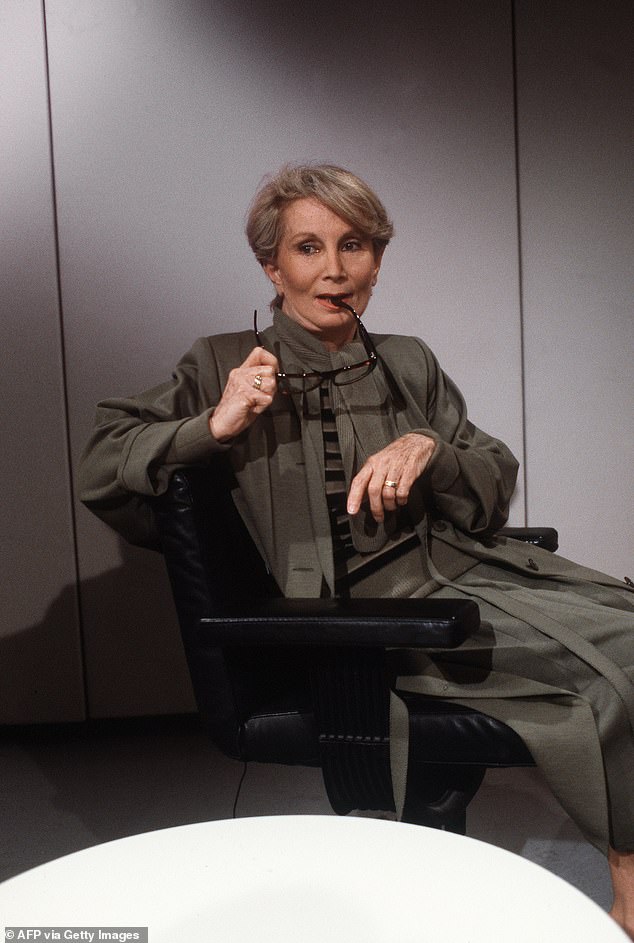 Fernande Grudet, pictured, most commonly known as Madame Claude, was France’s most prolific and high profile pimp in the 1960s and 1970s. She would connect the rich and powerful with her prostitute

‘My mother had left her hometown in Auvergne to go to Paris and for her, Madame Claude was a symbol of success,’ she said.

‘It’s quite paradoxical to choose a pimp as an example, however there were not many women who were making it big time at the time.

‘Madame climbed the social ladder in a stupefying manner, in a world that was ruled strictly by men,’ she added.

The extensive dive into how the pimp found, hired and exploited her workers revealed that the Grudet ‘despised’ other women. 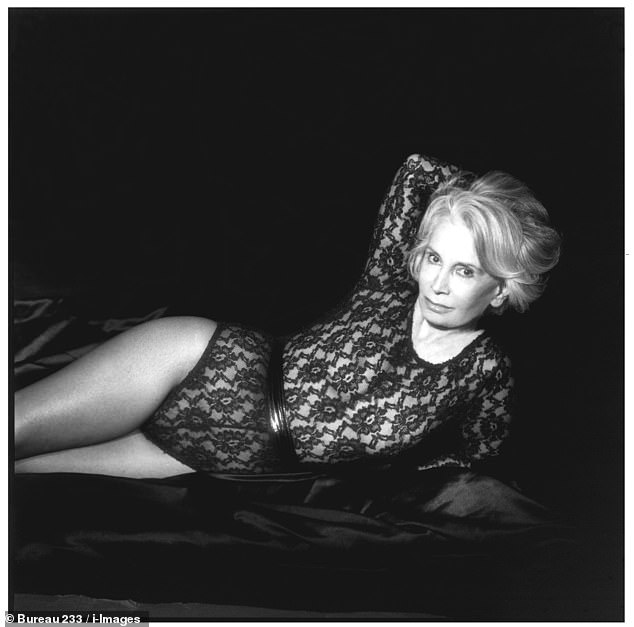 The pimp, who had undergo surgery herself, would force the women who wanted to work for her to go under the knife

She  would force prostitutes to go through plastic surgeries before they started working for her to give the illusion that they were well-born women.

The women working for Madame Claude’s network stood out from the others thanks to their luxurious wardrobe and beauty.

French journalist Elisabeth Antébi was one of two women who infiltrated the selection process to become one of Madame Claude’s girls, called ‘Claudettes’ for an investigation in 1975.

She said : ‘We were fit, rather clever, we were 5’5, slim, brunettes: it matched the criteria, we were accepted.’

The Claudettes all had to be tall, because it was Grudet’s opinion that rich men preferred tall women, like they preferred mansions and big cars.

She is believed to have procured women for countless French politics and other magnates throughout the 1960s and 1970s, until she was arrested in 1977 for tax fraud.

It is also revealed that in order to work for Madame Claude, the girls had to go under the knife and tweak their appearance.

No girl escaped this requirement – it was the pimp’s signature move, her way of ‘marking’ the women who worked for her, M le Mag explained.

Grudet herself changed her appearances, because she believed she was ugly.

French actress Francoise Fabian, who played Madame Claude in the 1975 eponymous movie about the pimp and met her several times described her as a ‘cold’ woman.

‘She absolutely despised men and even more women. For her, the former were wallets and the latter were holes,’ Fabian said.

The actress went on to say Madame Claude was ‘terrifying,’ and added she was ‘proud and was an absolute mythomaniac.

Even Grudet’s former lawyer, Francis Szpiner, described her as an antipathetic character.

‘She was a rather cold person, who was all about sel-control and image, always dressed to the nines, he said.

‘She had one a way to be independent and to hold power in a world ruled by men, but she was not a feminist at all, she was even very traditional,’ he said.

He described her almost  ‘masculine character,’ and added she had a very high opinion of herself, and that she treated the women who worked for her with ‘severity’.

In the 1974 memoir, Grudet pretended to be part of the French aristocracy and to have been a member of the Resistance during WWII, but this was all disproved later.

In 1976, under President Valery Giscard d’Estaing, who was not a fan of the service Grudet procured, she was pursue by French authorities for tax fraud.

This led her to flee to the US, where she continued to operate as a pimp and provided women for Frank Sinatra and Sammy Davies Jr.

She returned to France in 1986 and served a four-months jail sentence.

According to Le Mag, she died alone in 2015 in hospital in Nice and only six people attended her funeral. 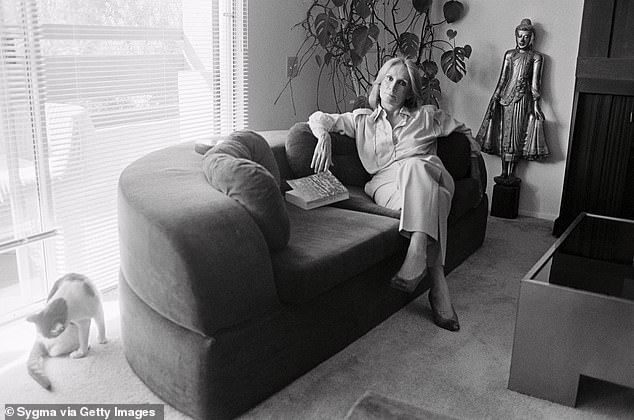 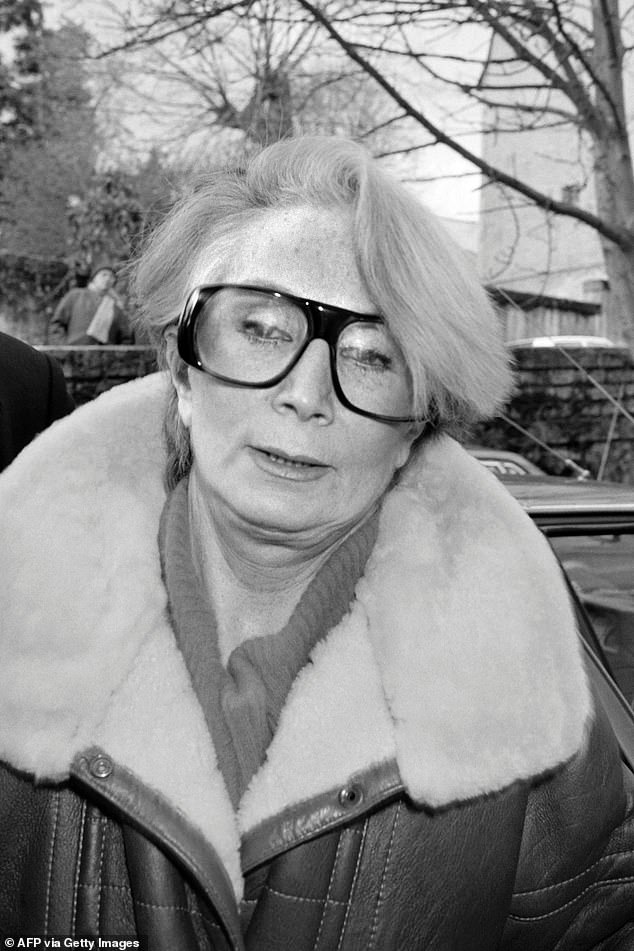 Madame Claude pictured in the days around her 1986 trial, which found her guilty of tax fraud and led her to serve four months in jail