FUMING Zinedine Zidane spent an HOUR laying into his Real Madrid flops in the dressing room- with the Spanish press taking aim at the club after Wednesday night's humiliation.

Los Blancos slumped to a 3-2 defeat in their Champions League opener against a Shakhtar Donetsk side missing TEN players due to coronavirus and injuries. 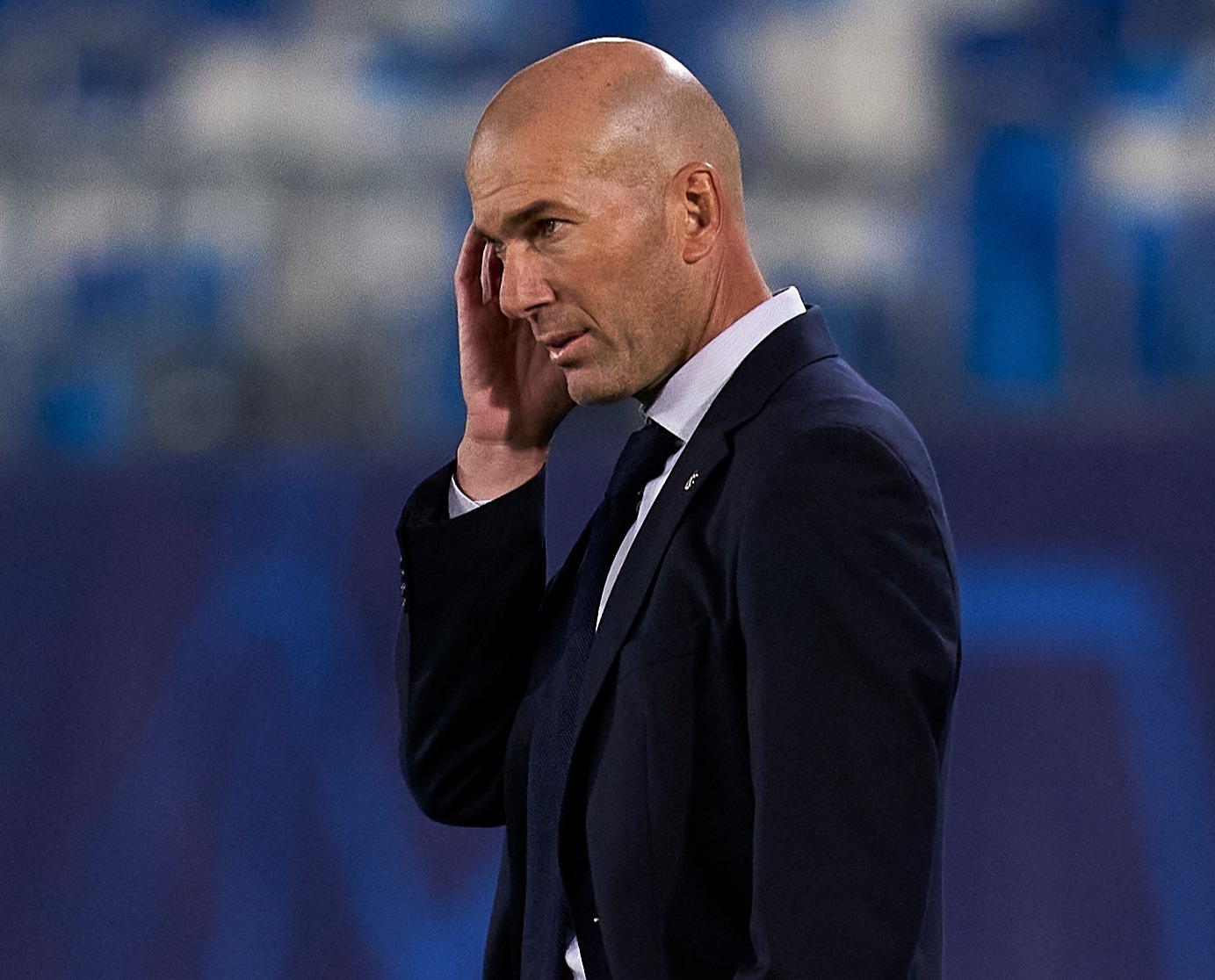 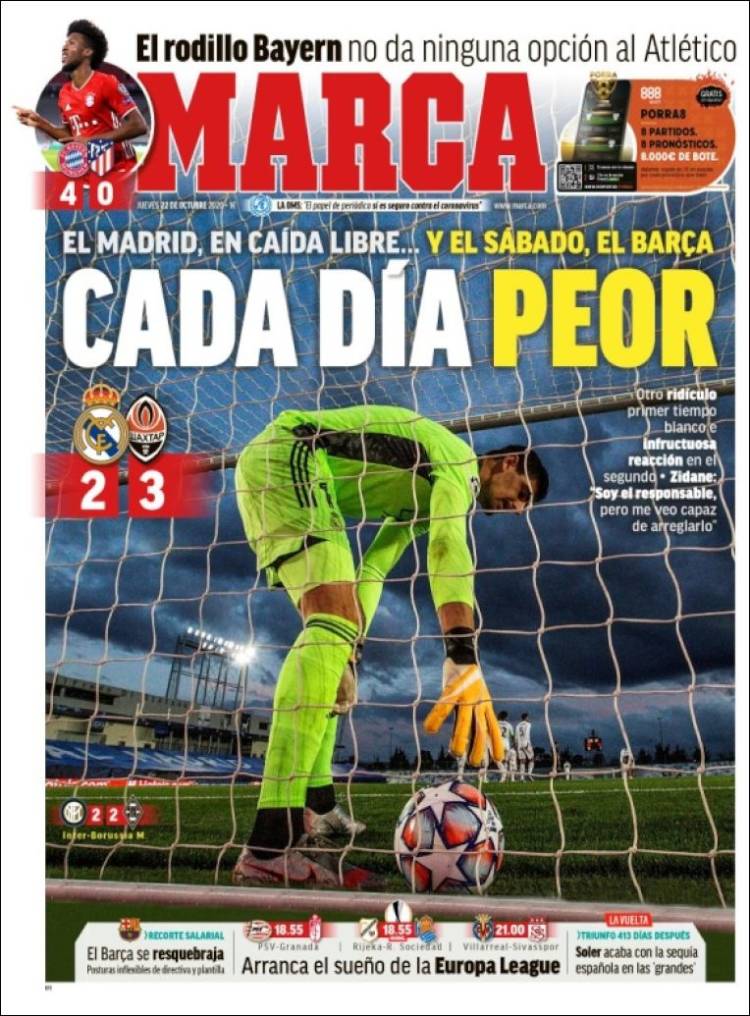 And Zidane took an hour to emerge for his post-match press conference – after reportedly giving his flops an almighty talking-to.

But it's not just the Los Blancos boss slamming his stars, with the Spanish media hitting out at the LaLiga champions in brutal manner.

AS called them 'embarrassing', adding: "Madrid fall to Shakhtar's reserves after a terrible first-half."

Madrid-based Marca even suggested the team are on a staggering decline – and fear for them in this weekend's El Clasico showdown.

Marca wrote: "'Every day it’s worse: Madrid on a free fall.. and Saturday it's Barcelona".

And Sport added: "Ridiculous of champions. A terrible level of performance before El Clasico."

Barcelona-based Mundo Deportivo called it a 'nightmare before El Clasico'.

After the game, Zidane confessed his side 'lacked confidence' after slumping to a 3-0 deficit going into half-time. 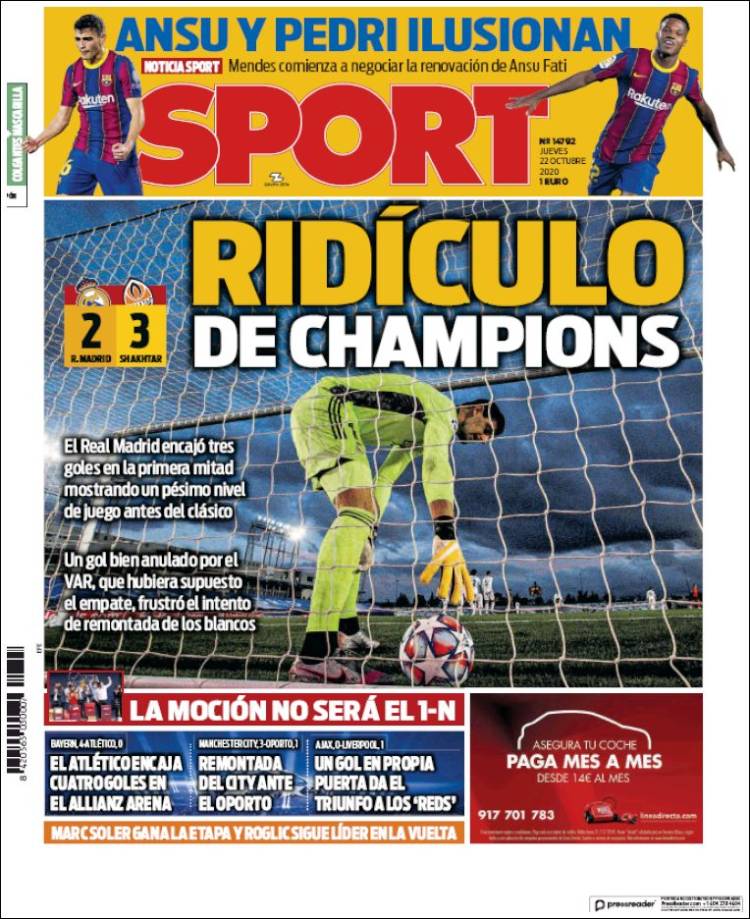 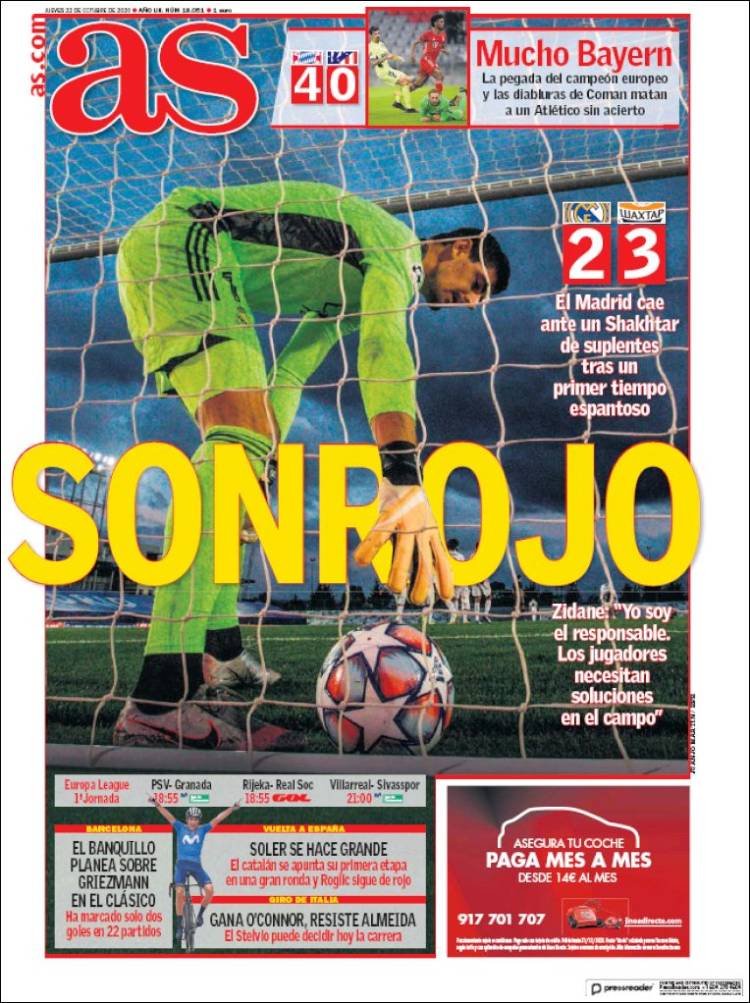 The French boss had rested Karim Benzema and was missing the injured Eden Hazard – but otherwise fielded a strong side.

After the game, Zidane eventually told reporters: "We lacked the confidence to start the game as we know how.

"In the first half I did not see the team I wanted to see and that is my fault.

"I have to find the solutions that will make us be strong again and get back to winning.

"We lacked a bit of everything – but confidence is the most important thing." 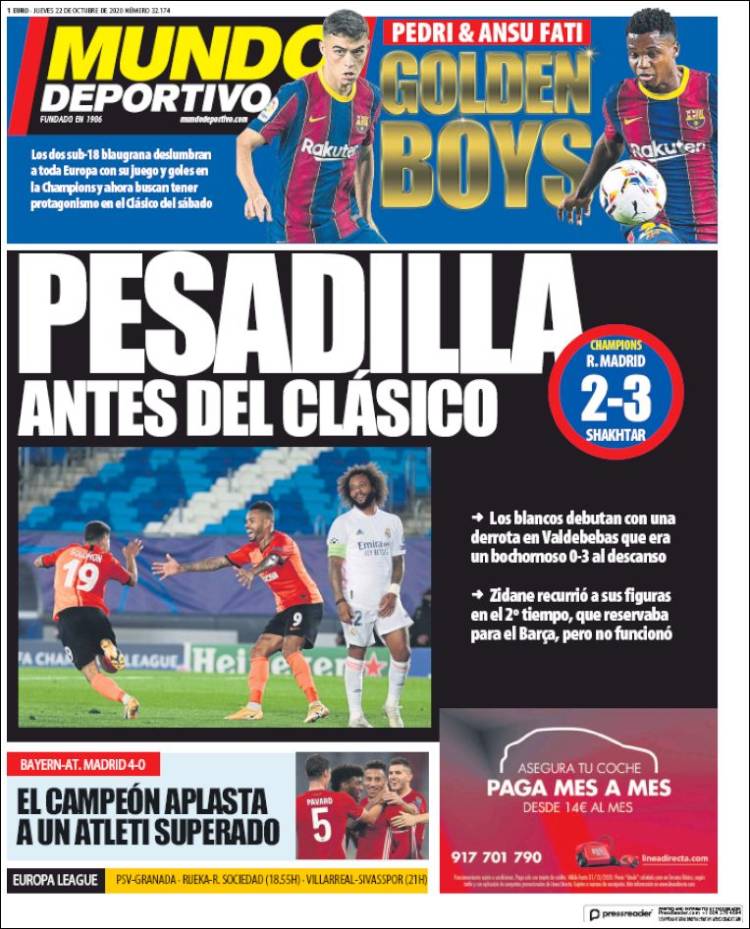 Meanwhile, Modric confirmed the boss had spoken to them – with the Croatian echoing Zidane's sentiment.

"We were not at the level required for this competition.

"The manager has said to us that we have to press more effectively.

"The next game will come quickly and we have to play better."