A hot take? Garcelle Beauvais surprised her costars on the Wednesday, June 16, episode of The Real Housewives of Beverly Hills after she suggested that Erika Jayne didn’t need to file for divorce from her older husband, Tom Girardi.

During Wednesday’s episode, the whole group got together at Sutton Stracke’s house for the first time since Erika, 49, filed for divorce. (In real time, the singer split from Tom, 82, in November 2020.) While waiting for the Pretty Mess author to arrive, Garcelle, 54, noted how “shocked” she was to hear about Erika and Tom’s split. 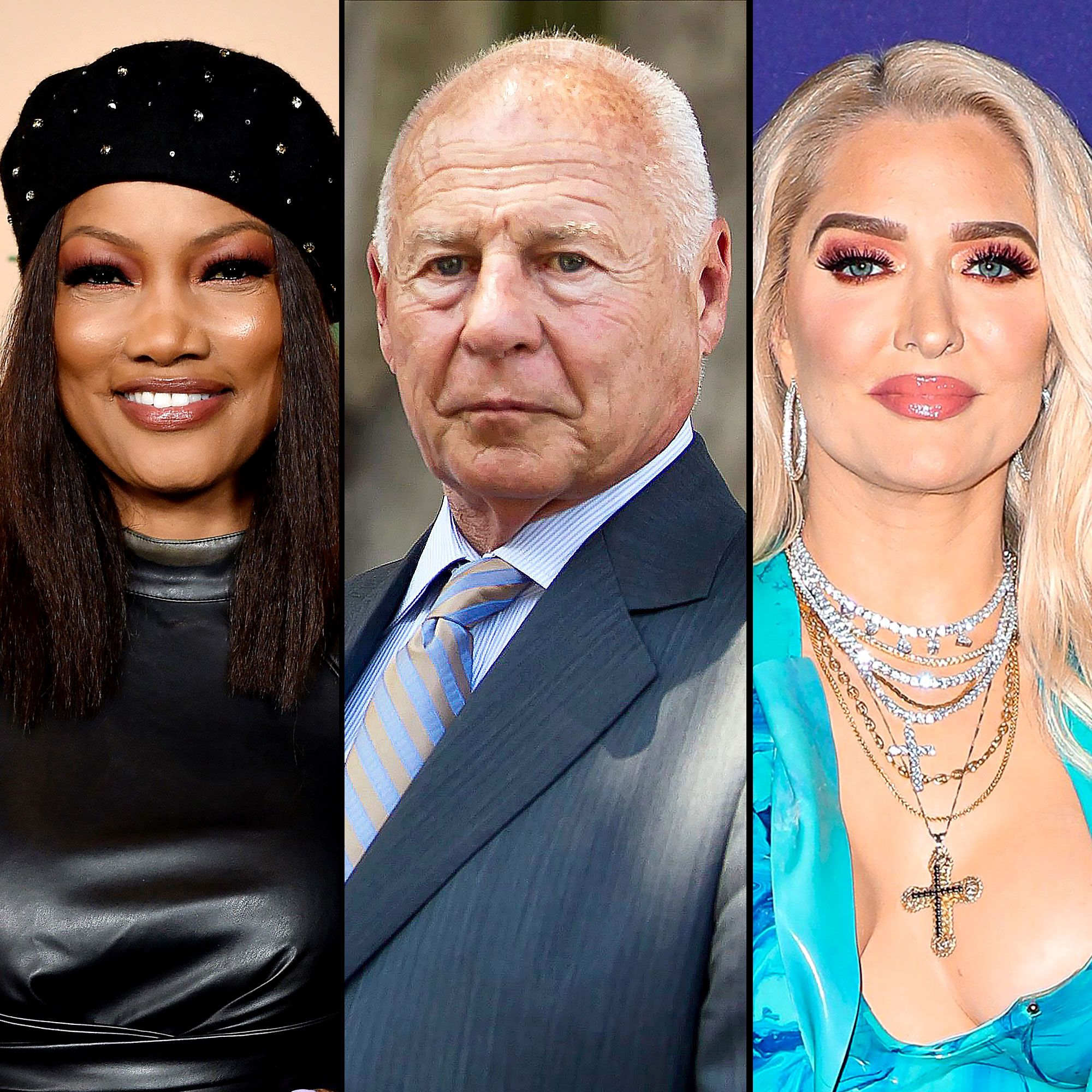 “I didn’t see it coming. I remember when I met her last year, we had this amazing lunch and the moment she mentioned him, she welled up,” the actress, 54, said.

The show subsequently cut to season 10 footage of an emotional Erika telling Garcelle, “The one thing I love the most about Tom — when my son was younger, he welcomed him. I’m very thankful.”

While talking to Sutton, Kyle Richards, Kathy Hilton, Dorit Kemsley and Lisa Rinna, the Jamie Foxx Show alum added that she “felt the love” between Erika and Tom. “I said, ‘That’s what I want.’”

All of the women agreed that they were surprised by her decision to file for divorce, which came days after the ladies returned from a trip to Lake Tahoe.

“No one knew in Tahoe? Really?” Garcelle asked, noting in her confessional that she thought the pair were on “solid ground” based on chats she had with Erika on the trip.

Garcelle then asked the other women, “You think she really filed? That it’s her idea? … Shouldn’t she wait?”

After Lisa, 57, asked “for what?” Garcelle stared at her costars.

The Real cohost continued, “I don’t know. I just feel like they’ve been married that long, like …”

After the other ladies caught on to what Garcelle was implying, Sutton, 50, said, “Stop it, Garcelle!”

Garcelle added, “I didn’t say it! I’m implying it and y’all are slow!”

Erika subsequently arrived at the lunch and the episode ended on a “To be continued” note.

The Chicago alum is expected to answer her castmates’ questions about the split in future episodes of the series. Us confirmed in December 2020 that she and Tom were accused of faking their divorce to hide their assets. A class action lawsuit has also accused the twosome of embezzling settlement funds intended for Tom’s clients.

“We believe we’re going to be able to prove that Erika was incredibly involved in not just the law firm, but also, he was loaning money to her company 10s of millions of dollars to her company,” Jay Edelson, who filed the suit, said on the “Reality Life with Kate Casey” podcast on Wednesday. “And we think that money came from client funds. And we’re going to look into all of that. And that’s all going to be, you know, part of proof that we showed to a jury — that she was knee-deep in this fraud, and she can say, ‘Oh, she didn’t know anything about it.’ And I think that’s going be hard for to convince a jury of.”

The Real Housewives of Beverly Hills airs on Bravo Wednesdays at 8 p.m. ET.