Australia faces “generations” of deficits following the 2021-22 federal budget, with economists warning that without far-reaching policy reform the country could be left mired in debt that will weigh on taxpayers forever.

Macroeconomics chief economist Stephen Anthony said the budget would never recover from the spending splurge unleashed by the coronavirus pandemic, with the government unwilling to engage in real reforms that would not only cover ongoing deficits but also help boost wages to ordinary workers.

But longer-term forecasts in the budget show the deficit ongoing well into the next decade. By 2031-32, the deficit is forecast to be 1.3 per cent of GDP, or about $42 billion.

The continuing run of deficits will translate into higher total government debt, which is now expected to stabilise at 51 per cent of GDP early next decade. In dollar terms, it would be a record $1.6 trillion. 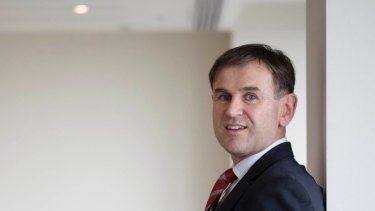 Ahead of the pandemic, the government’s own fiscal strategy aimed to deliver annual surpluses worth 1 per cent of GDP. It is now committing itself to balanced budgets over the “economic cycle”, and only after the economy has recovered from the pandemic recession.

Mr Frydenberg on Wednesday said the government was focused on improving the economy, which in turn would help the budget.

“The best way to repair the budget is to repair the economy and to get more people into work because when that happens your tax receipts go up and your welfare payments go down,” he said.

But Mr Anthony, a former senior official at Treasury and the Finance Department in fiscal policy analysis, said the structural deficit was worsening on the government’s watch.

He said about $380 billion had been spent since last March but nothing had gone into reforms that would ultimately help strengthen the economy, make it more efficient and help it prepare for any future downturn.

“The government is throwing around hundreds of billions of dollars and yet there is no reform that will prepare us for what is coming, like the people who are going to start retiring in the 2030s.”

Mr Anthony said the budget forecasts, showing no real wage growth over the next three years, revealed the government was not going to lift the economy’s overall productivity level despite all its extra spending .

He said the government should be prepared to look at all-encompassing tax reform with the states and an overhaul of the pension and superannuation system to make it simpler and better targeted.

EY chief economist Jo Masters said some of the government’s extra spending measures were well-targeted, especially in the areas of childcare and aged care. There were also positive initiatives that would help businesses. 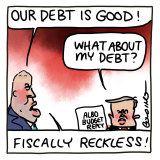 But she said with such large deficits and ongoing debt, there was scope for more ambition.

“We’ve known for years that the budget is too heavily reliant on income and company tax and it remains that way, yet at the same time we’re looking at debts and deficits,” she said. “The government would argue that they’re doing a lot in this budget with aged care or childcare, but there are still a lot of things to do to boost productivity. You can’t call this budget a game-changer in terms of productivity.”