Getting too much OR too little sleep can increase your risk of heart disease — with 6–7 hours a night the optimal amount, scientists say

People who get six to seven hours of sleep per night are less likely to die of a hearth attack or stroke than those who get more or less shuteye, a study has concluded.

Researchers from the US studied data on the sleep habits and cardiovascular health of more than 14,000 people, looking to see who died from heart problems.

Unlike heart disease risk factors such as age and genetics, sleep habits can be adjusted, the researchers noted, and should be asked about during routine GP visits.

The findings add to mounting evidence that sleep can play just as defining a role in cardiovascular risk as factors like diet, smoking or exercise levels. 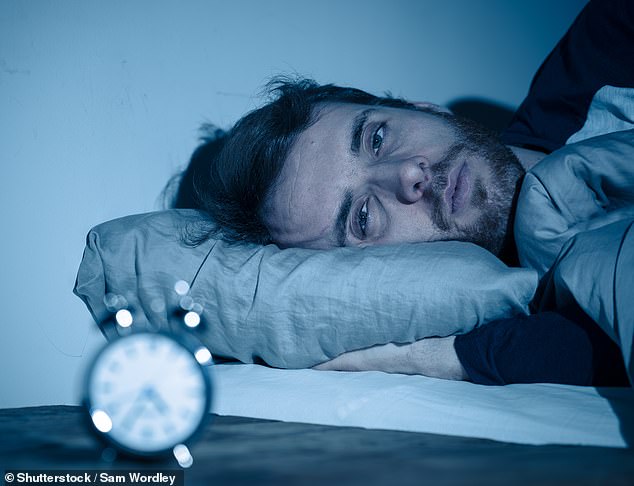 People who get six–seven hours of sleep per night are less likely to die of a hearth attack or stroke than those who get more or less shuteye, a study concluded. Pictured: a sleepless night

the ASCVD risk score is used to predict how likely someone is to have a heart attack, a stroke, or die from a hardening of the arteries in the next ten years.

An score of less than 5 per cent is considered low risk.

‘Sleep is often overlooked as something that may play a role in cardiovascular disease,’ said paper author and medical researcher Kartik Gupta of Detroit’s Henry Ford Hospital.

However, he added, ‘it may be among the most cost-effective ways to lower cardiovascular risk.

‘Based on our data, sleeping six to seven hours a night is associated with more favourable heart health.’

In their study, the researchers analysed data on 14,079 individuals who participated in the 2005–2010 National Health and Nutrition Examination Survey.

Each of the subjects — who were 46 years old on average, and of whom only 10 percent had a history of heart disease and related complication — were followed for an average of 7.5 years to see if they died of heart attack, heart failure or stroke.

At the start of the study, however, each participant was polled about their average night’s sleep and was assessed for their risk of atherosclerotic cardiovascular disease (ASCVD) and levels of an inflammatory marker called C-reactive protein (CRP).

This marker is produced in the liver and is known to be associated with heart disease and inflammation.

While the team found that the average ASCVD risk was just 3.5 per cent — in the ‘low risk’ bracket under five per cent — those who got less that six hours sleep a night had a higher risk (at 4.6 per cent) than those who did not (at 3.3 per cent).

‘Participants who slept less than six hours or more than seven hours had a higher chance of death due to cardiac causes,’ said Dr Gupta.

The researchers also found that CRP levels were higher in participants with longer or shorter durations of sleep.

This, he explained, ‘is likely driven by heightened inflammation as measured by CRP, which was found to be higher among those who had less or more sleep.’

‘The effect of sleep probably accrues over time; it takes time for the damage to happen,’ he added, noting that CRP levels were only collected at the study’s start. 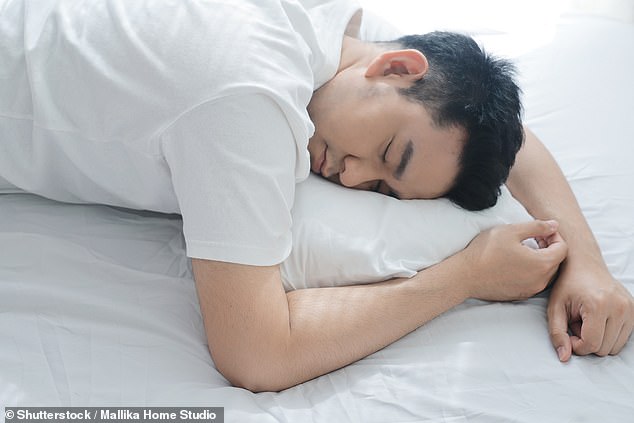 The findings add to mounting evidence that sleep (pictured) can play just a defining role in cardiovascular risk as factors like diet, smoking or exercise levels

The researchers cautioned that further research will be needed to validate these findings and that the study was limited by only looking at sleep quantity, rather than factoring in how well each participant slept as well.

‘It’s important to talk about not only the amount of sleep but the depth and quality of sleep too,’ Dr Gupta explained.

‘Just because you are lying in bed for seven hours doesn’t mean that you are getting good quality sleep.’

Sleep apnoea, for example — a disorder which results in frequent awakenings — has been associated with an increased risk of cardiovascular disease.

The full findings of the study will be presented at the American College of Cardiology’s 70th Annual Scientific Session, which is being held virtually this year from May 15–17.

Figures suggest there are 200,000 hospital visits because of heart attacks in the UK each year, while there are around 800,000 annually in the US.

A heart attack, known medically as a myocardial infarction, occurs when the supply of blood to the heart is suddenly blocked.

Symptoms include chest pain, shortness of breath, and feeling weak and anxious.

Heart attacks are commonly caused by coronary heart disease, which can be brought on by smoking, high blood pressure and diabetes.

Treatment is usually medication to dissolve blots clots or surgery to remove the blockage.

Reduce your risk by not smoking, exercising regularly and drinking in moderation.

Heart attacks are different to a cardiac arrest, which occurs when the heart suddenly stops pumping blood around the body, usually due to a problem with electrical signals in the organ.