How to build a jewelry empire

A giant opal that weighs nearly 12,000 carats received a six-figure bid at an auction in Anchorage, Alaska.

The precious stone, which is split in two, was sold for $143,750 on Sunday by Alaska Premier Auctions & Appraisals, the Associated Press reports.

Marketing materials published by Alaska Premier Auctions & Appraisals state the opal was dug up in Australia and is considered "one of the five largest gem-quality opal specimens in documented history."

COLLECTION OF NAPOLEON'S HISTORIC GUNS, SWORD FROM 1700S UP FOR AUCTION: 'FINEST ARMS EVER CREATED' 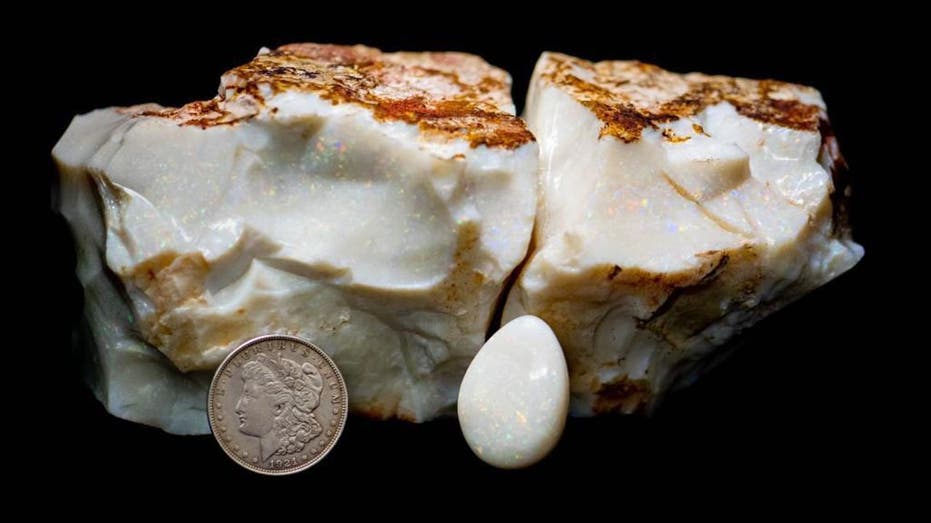 The newly auctioned opal was nicknamed "Americus Australis." It is said to be the "sister stone" to the world record-holding "Olympic Australis," which is a 17,000-carat opal that was found in the Eight-Mile opal field in Coober Pedy, South Australia, back in 1956.

Fred von Brandt, an Alaskan gold miner, was the owner of the large stone until its sale on Feb. 20.

The Associated Press reports that von Brandt inherited the opal from his grandfather, who reportedly purchased it from Australian opal dealer John Altmann. 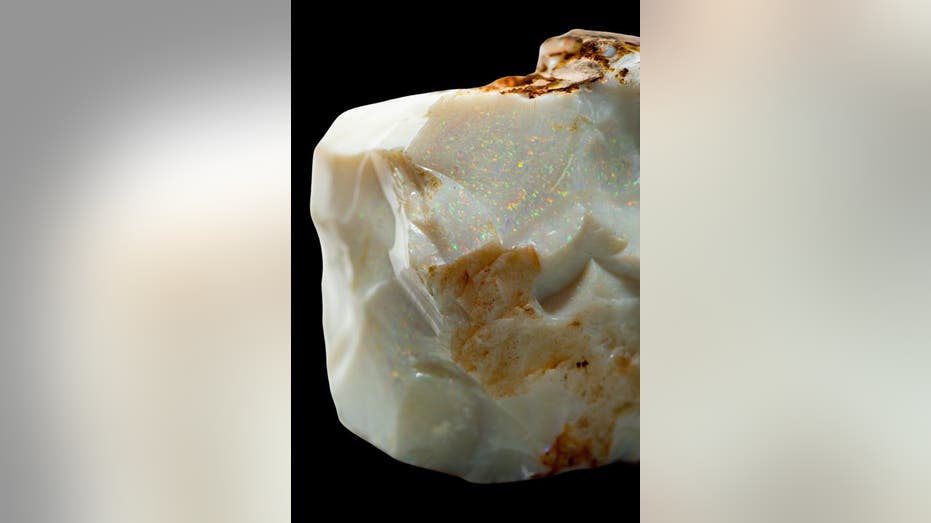 While the opal was kept in the von Brandt family for about six decades, it has been stored and displayed at various gem shows and family businesses in California, Oregon and Alaska. The Americus Australis opal was last kept in a linen closet in Big Lake, a Census-designated place in Anchorage.

Von Brandt told the Associated Press he decided to put the family opal up for auction because he felt it was "locked up long enough."

The well-traveled opal’s exact weight is 11,855.28 carats. Auctioneers had hoped the opal would fetch more than $250,000, according to estimates put out before the February auction.

WORLD'S OLDEST SINGLE MALT SCOTCH IS GOING TO AUCTION, COULD BE WORTH $200K

Australian opals can range from $10 to $6,000 per carat, according to Opal Auctions — the largest online marketplace for opals.

The Americus Australis opal is most likely with its new owner, as marketing materials from Alaska Premier Auctions & Appraisals state that bidders had to pick up their winnings from the auction house’s warehouse facility in Anchorage or accept in-house shipping on Monday, Feb. 21, and Tuesday, Feb. 22.