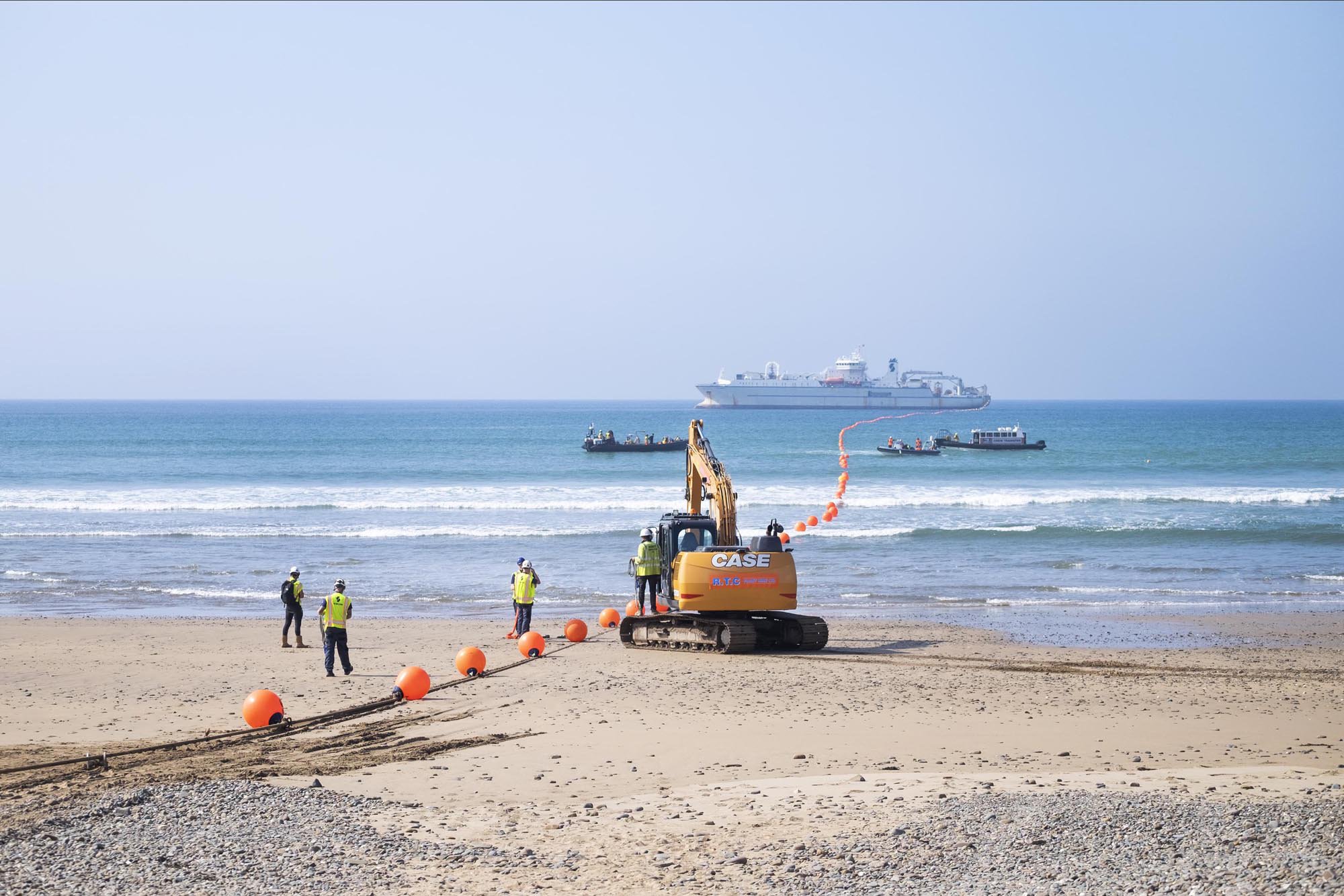 A massive new undersea transatlantic communications cable has been brought ashore on a beach in Cornwall.

Once operational it would have the capacity to handle 17.5 million people streaming 4K video concurrently Google bosses said.

The cable has been laid between New York in the United States, Bilbao in Spain and Bude over several months and is expected to be operational in 2022.

It was part of a new generation of lines that ‘connect continents along the ocean floor with an additional layer of security beyond what’s available over the public internet,’ Google said.

The tech giant has named it Grace Hopper after the American computer scientist and United States Navy rear admiral.

It is about 4,350 miles long and is the company’s fourth privately-owned undersea data cable, which transport 98% of international internet traffic around the world.

An earlier attempt to land the cable in Bude failed in July because of poor weather conditions.

The third leg of it was landed in Bilbao earlier this month.

Google said it was one of the first undersea cables to connect the US and UK since 2003 and would allow connection with another new cable between Europe with Africa.

Jayne Stowell, who oversees construction of Google’s undersea cable projects, said: ‘This is really needed for the UK in particular, where most of the cables were landed in the early 2000s, with the newest one in 2003.

‘Those cables are running out of their useful and economic and technological life.

‘They are not going to support the transatlantic growth that is needed to keep all of us online 24/7. This is a massive new cable. It has 16 fibre pairs, where the previous technology was a maximum of eight fibre pairs.’

‘Think of 17.5 million people streaming 4k videos concurrently and this is what Grace Hopper will be able to do.’

The location of Bude was chosen because it was ‘an ideal, nicely protected beach and adjacent to a lot of the terrestrial infrastructure needed’, she added.