Home » Lifestyle » Gordon Ramsay’s TikTok followers were shocked when his daughter revealed she prefers her mom’s cooking, but Tana Ramsay is a cooking star in her own right

Gordon Ramsay’s TikTok followers were shocked when his daughter revealed she prefers her mom’s cooking, but Tana Ramsay is a cooking star in her own right 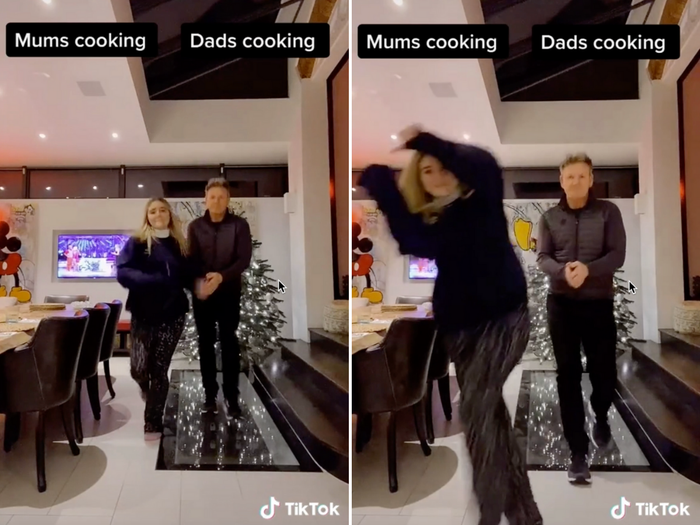 On Friday, celebrity chef Gordon Ramsay and his daughter Matilda "Tilly" Ramsay joined in on another TikTok trend.

In the trend, called "This or That," two options pop up on the screen, and the duo dances toward the option they prefer to Run-DMC's "It's Tricky."

Followers were shocked when Tilly revealed she prefers "mums cooking" over dad's, especially considering her father is a world-renowned, Michelin-star chef.

This or that challenge with @tillyramsay😅 ##thisorthat ##fyp

Tilly and Gordon both uploaded the video to their TikTok accounts where it gained a collective 50 million views.

Viewers shouldn't be too shocked, though. Gordon isn't the only cook in the family, as Tana Ramsay is a bestselling author that's published six cookbooks geared towards families looking for simple, delicious meals.

According to CityNews, Tana also takes on the responsibility of feeding their five children while Gordon films television shows, so she's likely accustomed to Tilly's taste.

The Ramsay family has five children with a sixth on the way, and many of them make appearances on the chef's TikTok and Instagram accounts.

But his youngest, Tilly, often steals the spotlight. Together, the two have participated in the "Flip the Switch" TikTok challenge and danced to Dojo Cat's "Say So."

Most recently, Tilly celebrated her 19th birthday dancing with her father on TikTok.