Green Britain: Help us create an oasis for nature

On one magical day this week I visited Horse Common in the New Forest, a hidden reserve that, with your help, the RSPB hopes to buy. But it has just 16 months to raise the £450,000 needed to restore it to all its glory. An hour’s drive took me to RSPB Arne, Dorset – 2,100 acres of heather-clad heathland surrounded on three sides by Poole harbour. Like Horse Common, Arne was covered in commercial pine and fir plantations when the RSPB took it over.

Nearly 60 years on, the plantations have been cleared or thinned out and Arne is a wildlife oasis near some of the most expensive properties in the country. I saw or heard three birds I’d never come across: Arne’s signature Dartford warbler, singing next to coconut-scented yellow gorse flowers; a crossbill; a finch, whose bill winkles out pine cone seeds; and a pair of woodlarks gathering food for chicks in a hidden heath nest.

Then I met one of Britain’s rarest reptiles – a smooth snake snoozing under corrugated iron, which soaks up the sun’s heat to create a cosy sanctuary. It woke to slither off, no doubt
hoping to dine on another rare species, the sand lizard.

That is one of the beauties of Arne. As well as birds from avocets to buzzards, it is home to all six UK reptiles, countless butterflies and thousands of other insects including the minotaur beetle we found crawling across the path.

Arne shows what conservation can achieve in the right hands. Horse Common, by contrast, is like a promising footballer who has been kicked too much. But with a bit of TLC, it too could become world class.

The Daily Express and green entrepreneur Dale Vince are working to help the RSPB buy this precious area. Readers, led by a donation from Dale, have raised nearly £27,000 already and the RSPB believes raising £90,000 should unlock the rest from other donors. 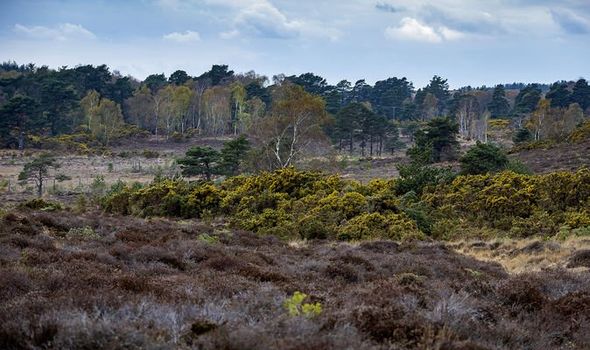 To reach Horse Common we left the open heathland of the New Forest and its grazing ponies to drive through dense woodland along a rutted, muddy track best suited to a 4×4 “Chelsea tractor”. We passed fallow deer and were serenaded by nuthatches and goldfinches. Horse Common, next to the RSPB’s new 910-acre Franchises Lodge reserve, is already beautiful. Its 91 acres on the fringes of William the Conqueror’s old hunting forest are a mix of commercial plantations dating back 80 years.

Song thrushes were everywhere, backed by chaffinches, great tits, blue tits, blackbirds, robins, dunnocks and the first summer visitors, chiffchaffs, singing the song that gives them their name. Blackcaps in from North Africa and a willow warbler gave a cascading trill.

A buzzard wheeled overhead, scanning the fields for rabbits and on guard for the local goshawk. Nearby was a very elusive bird, a hawfinch. Its party piece is crushing cherry stones with a bill that can exert a force of 110lb – or nearly 900 times its own weight.

Thanks to Arne, the RSPB knows Horse Common can be transformed into an even richer mosaic of mixed woodland, sandy heathland and watery mires, with beavers perhaps chipping in with natural engineering.

A map from 1810, drawn long before the pines were planted, will be site manager Richard Snelling’s guide. 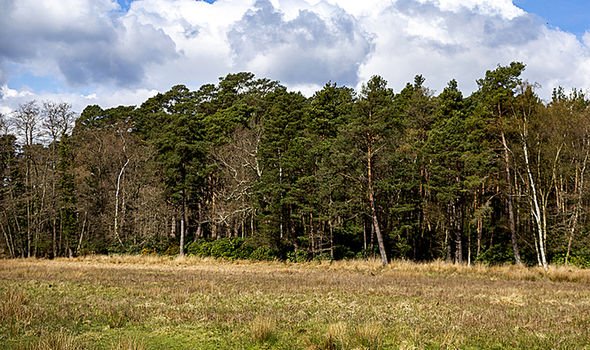 Richard, 51, said: “The map shows what we would like to restore – heathland cutting across north to south, scattered trees moving into broadleaved woodland, meadows and mires creating wet woodlands.

“We plan to use water from the old decoy lake in neighbouring Franchises Lodge to rewet the meadows and create wet woodland with alder, birch and willow beside more open woodland by the grassland.

“The wet meadows should be good for lapwing, redshank and yellow wagtails, while the heathland will be good for nightjars. Many of these species are endangered but this could become their new home.” Richard said Horse Common today is a product of farming practices used until recently.

The overgrazed grassland has only a few species of grass, while the forest has been overplanted and plantations tend to be just one species and all the same age. 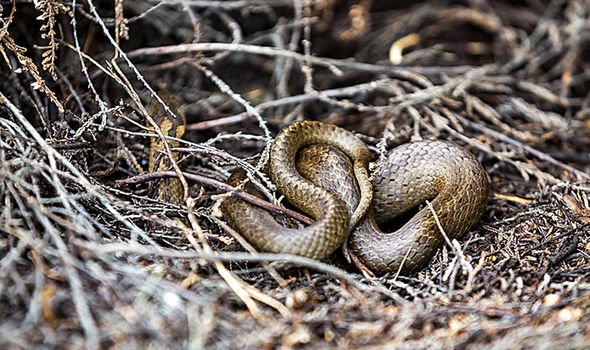 He said: “With the help of the Daily Express and Dale, we could turn this into a very special place.

“We want to do what Arne has done, working with neighbours and other partners to bring back species on a landscape scale.” Horse Common and Franchises Lodge will be vital pieces in the jigsaw that will help restore nature over thousands of acres.

Dale said: “Horse Common is beautiful right now with trees coming into leaf and birds singing away. But being there also gave a me a real feeling for what it can become.

“Recreating the mire and wet woodlands are really evocative ideas. They’re amazing habitats that we could bring back and boost the wildlife from birds to butterflies.”

Since the RSPB began clearing the plantations and restoring the heathland near Corfe Castle in 1965, nightjar numbers have risen from a few to 50 pairs and the Dartford warblers from two to 72 pairs.

The ladybird spider, which comes out of its burrow for just a few hours in May to mate, is back from near extinction. Arne is now working with other landowners, including the National Trust and Natural England, at the southern end of the newly designated 8,200-acre Purbeck Heaths National Nature Reserve.

Between them they are doing precisely what the Daily Express Green Britain Needs You campaign is demanding – making more space for nature.

With your help, Horse Common and the reserves around it can work the same magic in the New Forest.

Arne senior site manager Peter Robertson said: “Horse Common and Franchises Lodge are at the start of a similar journey to Arne’s.

“We would hope that if you create the right habitats, nature will come back to Horse Common in a shorter timeframe.”

He added: “We know that it works. We have proved it here.” 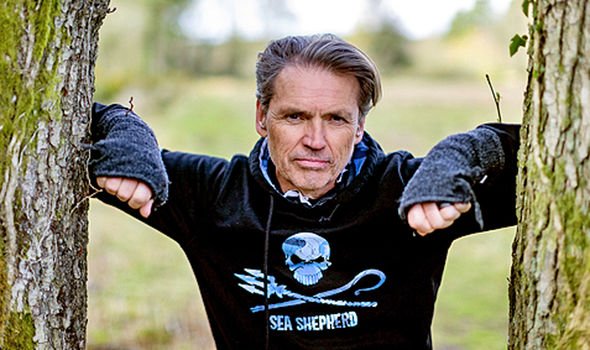 YOU may ask why anyone should be bothered about a few warblers or nightjars, spiders or snakes.

If some become extinct, surely that’s life. It’s the survival of the fittest. But these flora and fauna, from yellow century flowers to woodlarks, are all vital parts of our environment and our ecosystem.

Lose one and it affects so many other species that gradually the natural edifice starts to crumble.

There is a moral imperative here, too. Most of the species in decline are in trouble through no fault of their own. Threatened species, whether grey partridges or marsh fritillary butterflies, would be thriving if their habitats had been left alone.

But since the 1970s the UK has lost 40 million birds, according to the RSPB.

What has put them on the fast track to oblivion is Man. Through our quest for ever more efficient farming, ever more homes, industrial estates and roads, and through our pollution, which is changing the climate, we have made Britain hostile to so many birds, insects and mammals.

Each one has as much a right to be here as we do. Just because we are more powerful does not give us the right to wipe them out. So it is payback time. We’ve created this mess. We need to sort it out.