Gen. Breedlove: Declaring Ukraine a no-fly zone is a tool US can use

Grunt Style’s newest Gadsden flag-themed T-shirt pays tributes to Ukraine’s stalwart national pride in the face of an invading Russian army and will raise money for Save Our Allies, a veteran-founded nonprofit.

The new shirt shows the iconic coiled rattlesnake over a yellow and blue Ukrainian flag, along with the caption, "Go F— Yourself."

That’s what a group of 13 besieged Ukrainian marines and border guards told a Russian warship at the start of the invasion last week when they were ordered to surrender. 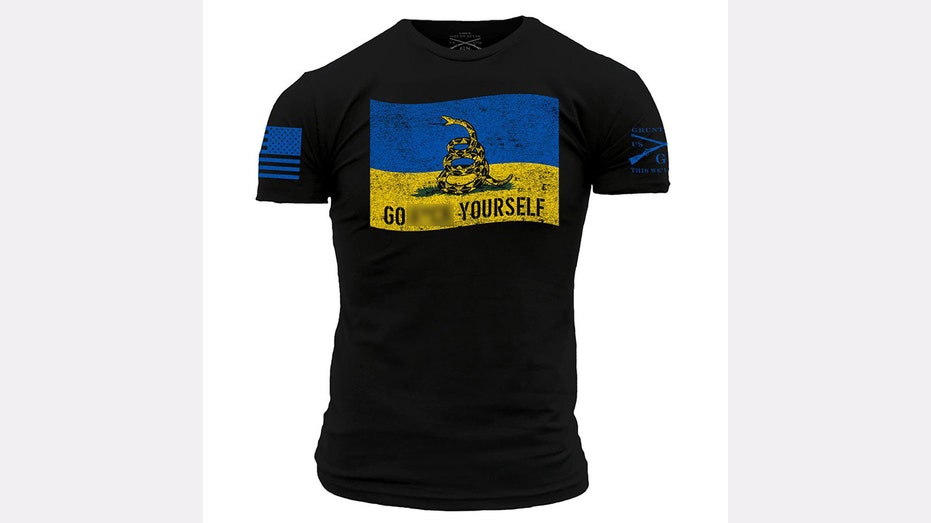 The new shirt shows the iconic coiled rattlesnake over a yellow and blue Ukrainian flag, along with the caption, “Go F— Yourself.” (Grunt Style)

Initially, Ukrainian President Volodymyr Zelenskyy said they had all been killed and would be posthumously honored as national heroes – but the navy later said they had been captured alive and were being held by the Russians.

Grunt Style, the veteran-founded apparel and lifestyle company, announced on Monday that all proceeds from the new shirt would go toward a nonprofit that will benefit Ukrainian children and families displaced by the war. It retails for $24.95. 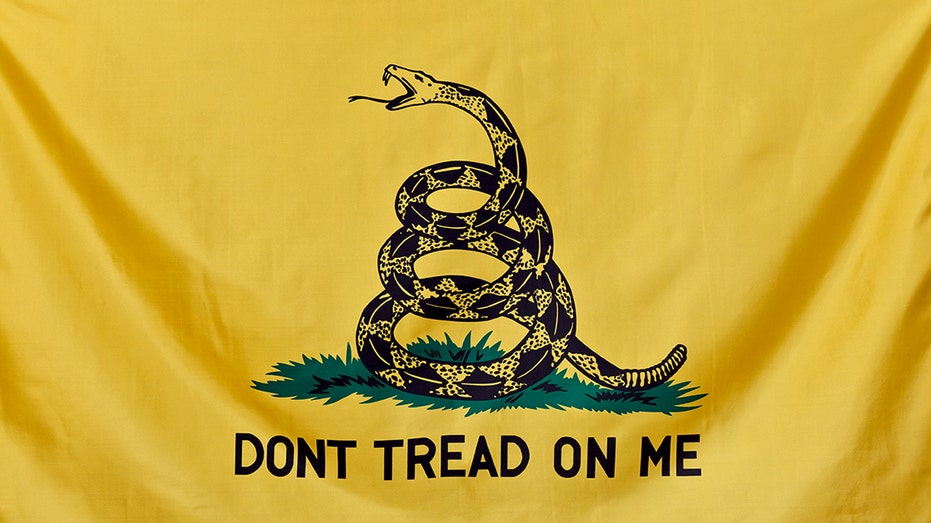 This flag was designed by and is named for American general Christopher Gadsden of South Carolina during in the 1770s. Beginning in 2009, the Gadsden Flag with its “Dont Tread On Me” message has become an adopted symbol of the American Tea Party move (iStock / iStock)

Silbert told FOX Business the company has chosen Save Our Allies, a veteran-founded organization that Silbert said is sending special operations vets to set up field hospitals in Poland and Romania. The group will also be transporting medical supplies to Ukraine and arranging evacuations for women, children, disabled individuals and American citizens trapped in the country.

"Politics aside…these people are being attacked, and there’s a lot at stake around the world if people don’t stand up," he said. "They’re innocent people. Their lives are at stake. They’re outnumbered. They’re outgunned…there’s gonna be a lot of collateral damage."

The Gadsden flag itself is a symbol of defiance and liberty. It first appeared during the Revolutionary War, bearing the early U.S. Marines motto, "Don’t tread on me" and a hissing rattlesnake over a yellow backdrop.

"The Gadsden flag was used during the American Revolution, and it symbolizes vigilance and willingness to fight against tyranny," Silbert explained.

Given the defiant words of the Snake Island defenders, Grunt Style swapped out the text and added a blue stripe, matching the Ukrainian flag, for their T-shirt.

"We put those three elements together, and we felt it was appropriate and a great symbol to put out there for people to rally around," Silbert said.

In addition to offering patriotic apparel, Grunt Style also has a charitable foundation aimed at assisting veterans, service members and their families.