Male androgenetic alopecia (MAA) is the most common form of hair loss in men, affecting 30-50 percent of men by age 50. MAA occurs in a highly reproducible pattern, preferentially affecting the temples, vertex and mid frontal scalp. Although MAA is often regarded as a relatively minor dermatological condition, hair loss impacts self-image and is a great cause of anxiety and depression in some men. A number of reviews have shown the effectiveness of minoxidil and increasing hair regrowth.

Minoxidil was originally on the market as a drug for hypertension.

However, it quickly became an open secret that the drug stimulated hair growth, and a letter in the New England Journal of Medicine made these claims scientific.

Anthony Chu, professor of dermatology, Buckingham University, and consultant dermatologist and honorary senior lecturer, Imperial College, London, explains that, before minoxidil, balding men were prepared to try anything to make their hair grow back.

He added: “Studies have shown 40 per cent of men who use minoxidil get reasonable hair growth and, in another 40 per cent, the drug stops them losing more hair.” 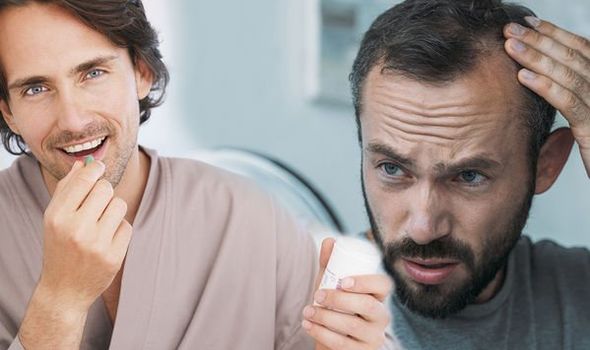 In a study published in the National Library of Health, minoxidil use for hair loss was investigated.

The study noted: “While many men choose not to undergo treatment, topical minoxidil is approved by the Food and Drug Administration (USA) for the treatment of MAA.

“The medication prevents further hair loss, but only partially reverse baldness, and requires continuous use to maintain the effect.

“Topical minoxidil is well tolerated as a 5 percent solution.

“Minor adverse effects include itching of the scalp, dandruff and erythema.

“Both agents arrest progression of hair loss and stimulate partial regrowth of hair.” 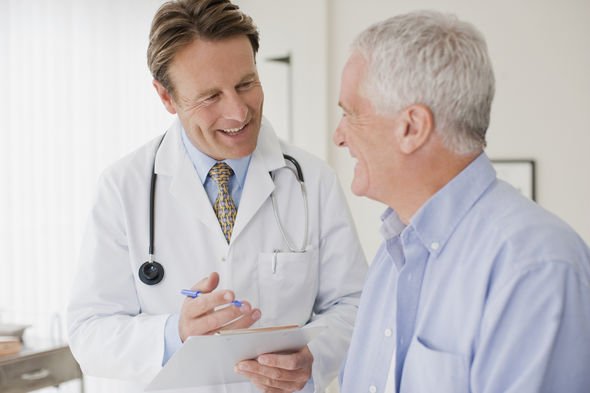 In another study, the effects of minoxidil in helping to increase hair regrowth was researched.

In the one-year observational study, 62 percent of the 984 men using 5 percent minoxidil reported a reduction in hair loss.

Rogaine is considered a vasodilator. While the exact mechanism of action for minoxidil (the active ingredient) isn’t actually clear, it’s believed to work by partially enlarging hair follicles and elongating the growth phase of hair.

With more follicles in the growth phase, you’ll see more hair coverage on your scalp.

Minoxidil works best in people with hereditary hair loss at the vertex of the scalp (the area at the back of the head, just under the crown) or for women with general thinning of hair on the top of the scalp.