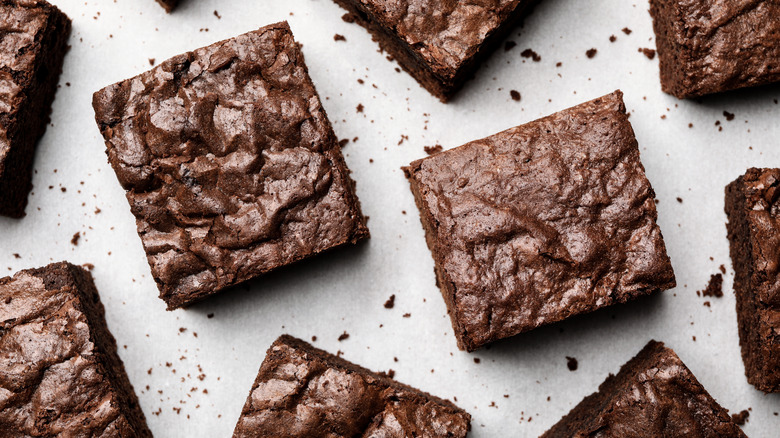 Chocolate is beloved by cultures around the world. From the Americas to Europe and Asia (and everywhere in-between), chocolate is used in a variety of sweet and savory recipes. You can find it melted into Mexican molé (via Food) or stuffed in the middle of French croissants (via Tasty), or you can buy chocolate bar at vending machines all over the world.

One of our favorite applications for the craving-inducing ingredient, though, is brownies. We all love a good brownie, right? They have structure but they’re still soft and even slightly gooey. They have crisp edges but a warm center that stays dense yet pillowy. They’re perfect, and they’re easier to handle than, say, cake because they don’t typically have frosting.

However, there is one drawback with brownies. They can be easily messed up. While they’re known for requiring relatively few ingredients, the quality of the ingredients you use and the preparation of those ingredients is of paramount importance. 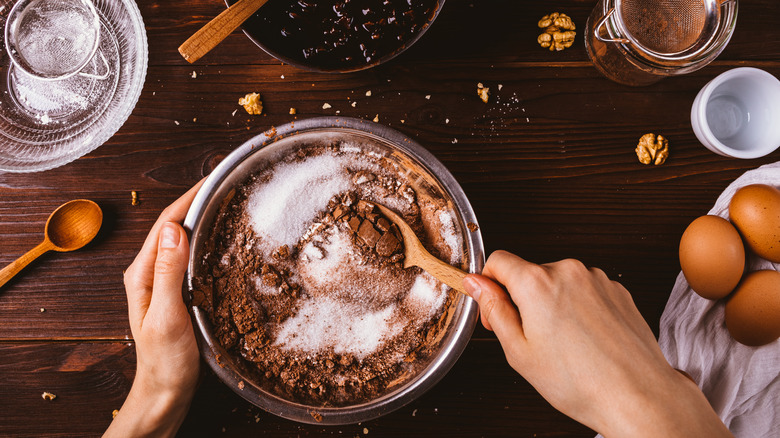 According to Bon Appetit, there are six mistakes that people often make when baking brownies, but one is more dire than the rest. If you’re going to change one thing about your brownie baking process, let it be that you will put in more effort to better understand brownie recipes and the type of brownies you’re making.

Let’s back up. You first need to understand that there are two types of brownies: cakier brownies and fudgier brownies. You should immediately be able to tell which type a recipe will yield when you read it. Bon Appetit explains that fudgier brownies will have a higher proportion of chocolate and butter in the recipe, while cakier brownies may have more dry ingredients and will definitely require you to cream your butter and sugar together — a staple first step in nearly every cake recipe. You have to know what kind of brownies you like and what kind your recipes are making so that you can best tailor them to yourself.

Other errors include using low-quality ingredients and not letting your baked brownies cool for long enough before eating them. Brownies get better after they’ve set for a few minutes, so patience is key in this case. Taste of Home also recommends straying from using cold eggs in your batter as it can ruin your emulsion and not overmixing your batter. This will alter the texture of the final brownie, often making them chewy rather than cakey or fudgy.