Homes in shadow of steelworks constantly being turned pink by dust 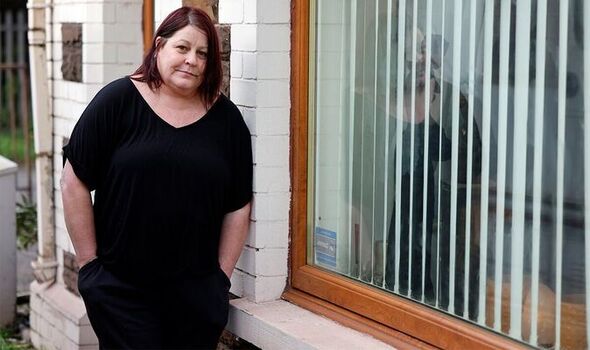 People living in the shadow of a steelworks say their homes, cars, and washing are constantly being “covered” in a pink, grimy dust.

And the residents of Port Talbot, Wales,  say they are also worried about what might be happening when they breathe the dirt into their lungs.

“My little boy is always coughing, especially at night. We’ve just been away to Yorkshire for two weeks and he didn’t cough there at all – but when we got home, he started again. It’s got to be to do with the steelworks,” claimed Port Talbot mum Donna Ruddock.

Speaking to WalesOnline, she said her family moved into their home in Penrhyn Street in the shadow of the Tata Steel works five years ago and that it had been an uphill battle ever since. She says that, week-in, week-out, her front door, front step and the windows and windowsills of her home become covered in a layer of pink dust – and her previously-white caravan parked in the street is now stained a burnt red-brown colour.

Not only does the dust look unpleasant, but it can be difficult and time-consuming to clean off, she said. What’s more, Donna believed the dust and grime in the air had a negative impact on her children’s health, including exacerbating her five-year-old son’s asthma and giving him a constant cough.

“There’s dust everywhere, all the time. It’s on the car, the caravan, on my house. The window ledges get black dust as well. You can’t leave anything out on the line – you’d have to wash it again!” she said. “We’ve been here five years now and nothing has been done [to alleviate the issue],” she claimed, although Tata has said that, over the past three years, it had spent £22million on environmental improvement schemes at Port Talbot

“In the summer, we had to empty and refill my son’s paddling pool every day as the dust was getting everywhere. We can’t leave patio furniture out, it would get covered,” she added. Asked if she had raised the issue with Tata Steel or the local authority, she claimed: “They just don’t care!” Tata said in response that it operated an independent 24/7 community helpline for any local residents who wished to register a concern.

Donna and her family are certainly not the only ones who say they are affected by the dust falling from the steelworks.

“It’s worse when it rains,” a fellow Penrhyn Street resident said. The resident, Mr Tennant, says he has lived on the street for some 30 years and that the dust had been a regular problem.

“Recently we had a downpour and it just brought tons of red dust everywhere – it was all over my car,” he said. “And it’s pointless having white windowsills, you’ll notice most of us around have darker colours.”

“I used to have a pond in my garden, it used to glisten [with dust and debris],” he added. “That wasn’t too bad, but then, one afternoon, I was sat outside with a cup of coffee and I saw the coffee was glistening [from debris and red dust that had fallen] – I wasn’t going to have it then!”

Another local simply laughed and pointed at his windowsill when we asked if his home was affected by red dust or dirt. Commercial Road resident Ryan Sherdel, 29, said the steel plant “massively” affected his daily life and said the red dust that fell could often feel or smell “sulfur-y”.

“Me and my partner, we’ve been here three and a half years and there’s been this dust since we moved in. I think it’s worse in the summer, we notice it more then. It’s all over the car, the windows, the garden,” he said. “I’ve probably spent like £100 on things to protect the car from the dust and dirt. I believe you can claim [compensation] for it, but it’s a long process!”

“I like being outdoors in the summer months,” he added. “But it’s hard to be outside – it’s off-putting and you have to clean the garden furniture each time you want to sit out. During Covid, we were at home so I wanted to sit in the garden as you couldn’t go anywhere, but everything was brown!”

A short drive from Commercial Road and Penrhyn Street, some residents in Wyndham Street said they were also affected by the red dust. Some said they avoided putting their clothes on the washing line, to avoid the risk of red dust falling on them, whilst resident David Thomas wanted Tata Steel to answer for the pollution, questioning: “What happens to Tata Steel when they cause the red dust?”

Mr Thomas, 39, said he had to clean his garden and outdoor windows frequently to stop them from staining. He said Tata should be fined for the red dust and the money given to locals or taken off their council tax bills.

Striking photos captured by Port Talbot resident Jean Dampier, show clouds of dust floating through the air from the steelworks and over homes and gardens in Port Talbot earlier in the summer. Jean, 71, cited the dust clouds then, and frequent red dust settling on her home now, for the challenges she faced keeping her home and garden clean – and, sadly, health issues her dog experienced.

She and her granddaughter and their beloved pooch moved to the area last summer and that, ever since, their dog had been coughing. “You get dust everywhere! We moved here last July, and my dog has been coughing ever since. He coughs and he’s got an after cough – it’s the red and white dust,” she said. “And sometimes I can’t sleep at night because I hear the loud bangs [from the steelworks].”

Whilst Jean struggled to clean the red dust off the white window ledges at the front of her home, she has attempted to avoid the issue at the back, with dark window ledges and black walls. “I painted all the garden walls black so you can’t see the dust as much – but you could when a dust cloud comes!”

This issue of red dust falling on homes and gardens is, unfortunately, not a new one. A few months ago, motorists contacted WalesOnline to say they had noticed coloured dust clouds coming across the sky. At the time, some residents went as far as to say people and animals were suffering with ill-health as a result of the issue. One resident, who asked not to be named, said: “We have tried to contact the Environment Agency [Natural Resources Wales] over the increase in dust. I even presented ONS (Office for National Statistics) statistics for respiratory illness in the authority.

“There is red dust that gets pumped out of the steelworks. They used to do it more by night so that it’s not seen. It is on all the window sills of houses mainly in the Sandfields area,” he claimed. “Pets are sick when it’s bad as they lick their paws.”

Back in 2019, one woman said the red dust falling on her home was turning her life into a nightmare. Denise Giles, then 62, said: “It’s so frustrating because you can’t even open your windows before a red dust settles all over your conservatory,” she said. “The front of my house is covered in dust, as is my conservatory, my garden, and it’s just frustrating. My car is always dirty and it’s the same with the other residents. “If you hang your clothes outside they turn red. Why should we have to pay for tumble dryers and other things especially at this time of year.”

Reports of dust and pollution stretch back many years prior to these testimonies also.

So what is being done?

WalesOnline asked NRW what it was doing to help Tata Steel reduce pollution and what support was available for residents affected by this.

Operations manager for Natural Resources Wales, Caroline Drayton, said: “As regulators of industry in Wales, it’s our job to ensure they comply with emission standards set out in law to reduce the impact of their operation on the environment and local people. We continue to regulate Tata Steel through its environmental permit to control emissions from the steelworks, including dust releases, and to drive further environmental improvements.”

“Local people experiencing any issues with the site can report it to NRW by calling 03000 65 3000 or online www.naturalresources.wales/reportit or contact Tata Steel by calling its Community Support Line on 0800 138 6560 or online www.tatasteeleurope.com/complaints.”

What did the local MP say?

Stephen Kinnock MP, for Aberavon, said: “The Port Talbot steelworks plays a vitally important role in our economy and community, but it is of course equally important that absolutely everything is done to minimise its environmental impact. I am in regular contact, on behalf of my constituents, with the management at the works in order to ensure that absolutely everything is being done to deal with the dust issue.

“Looking to the long term, this problem can only be resolved once and for all by transitioning from blast furnace to zero pollution electric arc furnace-based steelmaking. Labour in government will set up a £3bn Green Steel Fund which will deliver this game-changing transformation of our steel industry.”

What did Tata Steel say?

A Tata Steel spokesperson said: “We are very much committed to the continued investment in our Port Talbot site to reduce our impact on the climate and the local environment, and it remains one of our top priorities.

“Over the last three years we have spent £22million on environmental improvement schemes at Port Talbot, which amongst other things include upgraded dust suppression and fume extraction systems at our raw materials, Blast Furnace and steelplant operations. We have also invested in improved PM10 (particulate matter in the air below a certain size) and dust monitoring systems, which allow corrective and preventative actions when we encounter any periods of operational instability such as those we have experienced recently at the Blast Furnaces.

“We value our strong relationship with Natural Resources Wales that ensures not only that we operate within the legal limits set for our industry, but also that we act promptly and robustly to any incidents. We also operate an independent 24/7 community helpline for any local residents who wish to register a concern, which we can then deal with on an individual basis. (0800 138 6560).

“Tata Steel is a company that, maybe more than most, is embedded in the communities in which it operates. As one of the company’s founders, Jamsetji Tata said: ‘The community is not just another stakeholder in our business, it is the very reason for its existence’.’ So, we are very proud to support numerous local charities, events and good causes, and we are looking to recruit nearly 300 apprentices, graduates and placement students in the coming year alone.”