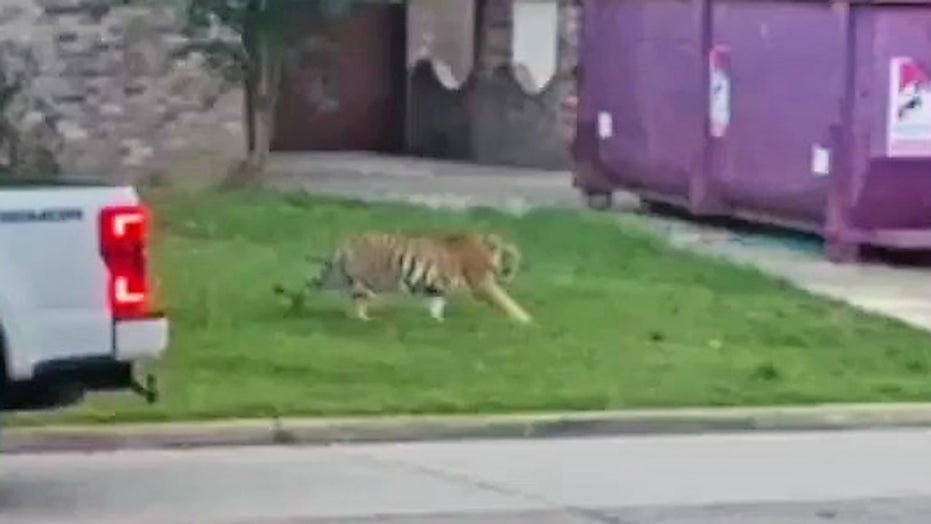 Has anyone tried walking around yelling the tiger’s name really loud?

A tiger that was filmed roaming the streets of a Houston neighborhood in Texas is apparently still unaccounted for. More information has come about the animal and some people involved are claiming the situation is more complicated than it appears.

Victor Hugo Cuevas, the cat’s alleged caretaker (who claims he is not its owner), was taken into custody and is facing charges related to the incident. His lawyer, Michael Elliott, told news outlets yesterday he and his client had provided information to authorities that may help them locate the cat. Unfortunately, he said they did not know the animal’s exact location.

It was also revealed that the tiger is a 9-month-old male named India, ABC 13 reports. According to the news outlet, Elliott said the animal is actually owned by another man nicknamed “D.” The lawyer also said his client had received death threats from this man.

Cuevas is reportedly being held on a $50,000 bond and has been charged with evading police.

When the footage first surfaced, witnesses said Cuevas helped bring the tiger back inside but then lured the animal into an SUV and drove off before authorities could arrive. Cuevas’ lawyer, however, told KHOU 11 that people are assuming his client was the person who put the tiger into the SUV and drove off but that has not been proven.

While the tiger has yet to be located, authorities do not believe that it is roaming free, the New York Post reports. They also believe that two monkeys were living in the same house with the tiger and have reportedly also gone missing since Sunday night’s events.