Beyonce and Jay-Z’s relationship only flourishes when their ‘babies’ win big! Learn how Blue Ivy’s Grammy award and continued success has brought them closer.

As if Queen Bey and HOV needed any more reason to be proud of their ‘babies’ — Blue Ivy Carter went ahead and won a Grammy at age nine. Beyoncé and Jay-Z‘s oldest child earned her first Grammy award — in the Best Music Video category — for her appearance in the visual for her mom’s song, “Brown Skin Girl” — featured on The Lion King: The Gift soundtrack. The mother-daughter duo shared the honor with Wizkid, who sang and starred in the music video as well. After witnessing Blue’s big win, which her mom gushed about on stage, Bey and Jay have never felt closer.

“Beyonce feels very blessed with all her accolades, but it is the life that her art has provided that makes her the most happy. She sees through Blue’s win what it is truly all about — it reminds her of coming up with Destiny’s Child and chasing her dreams,” a source close to the “Already” singer told HollywoodLife, exclusively. “Seeing Blue and the twins [3-year-old Rumi and Sir Carter] grow up and do so much has helped strengthen her bond with Jay. They don’t take this life lightly and are aware that people look up to them, so setting a good example in all ways is very important to them.” 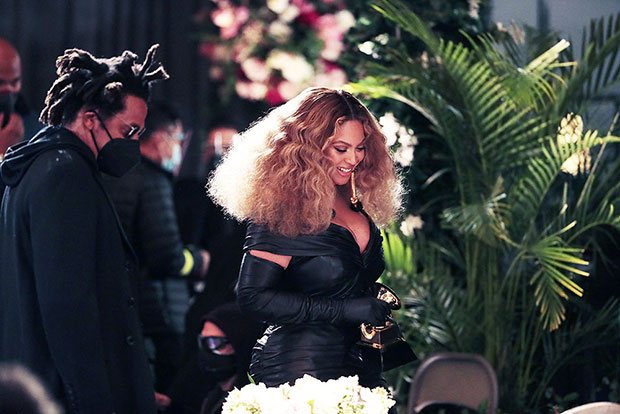 Although Blue wasn’t featured during the Grammys broadcast, her mom proudly accepted the gold hardware and boasted over her baby on stage. “Blue, congratulations, you won a grammy tonight!”, Bey said through slight tears. “I’m so proud of you, and I’m so honored to be your mommy,” she added.

“It was a monumental night for Beyonce. But, being able win a Grammy and share that experience with her daughter was just as big for her,” a separate source close to the singer told HollywoodLife, exclusively. “It was a beautiful moment for her as a mom. Blue is still young, and she has talents and interests in so many things, so only time will tell what path she takes. But, she 100% has inherited her parents’ musical gifts,” the insider said, noting that “many industry people are predicting this will not be Blue’s last Grammy.” (We’d couldn’t agree more!) 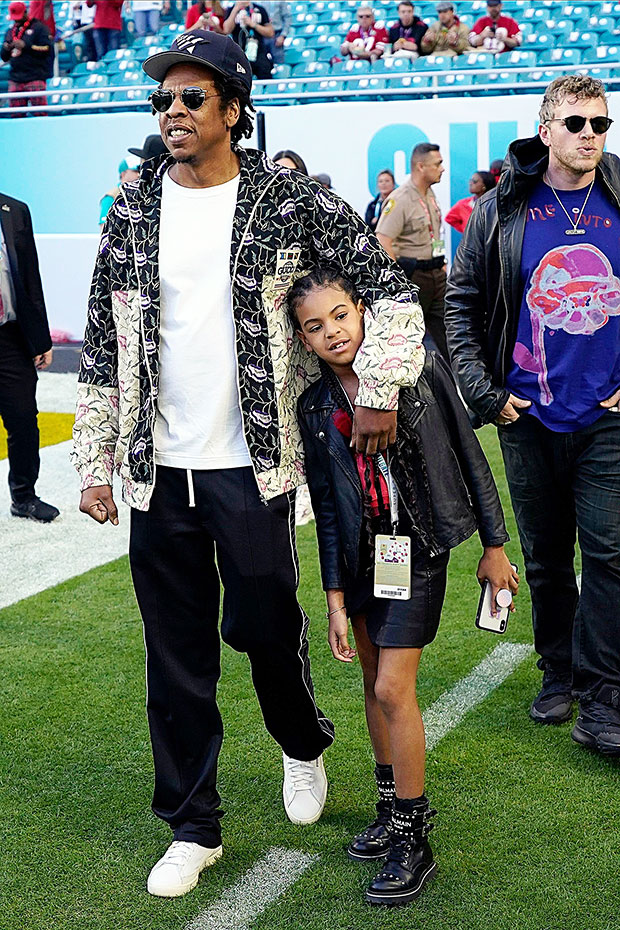 The 2021 Grammy Awards was a historic night for not only Blue, but her mom, who set a new record with her 28th win for Best R&B Performance for “Black Parade” — becoming the most-awarded woman in Grammys history. “Beyonce feels beyond blessed and grateful to have made Grammys history. She’s worked her whole life to get to this point, so to see it pay off is all worth it,” a third source said, adding that Bey is thrilled to pass the torch to her first-born.

“Seeing Blue follow in her footsteps is more than Beyonce could have ever dreamed of. Words can’t even begin to describe how proud Beyonce is of Blue for winning a Grammy at her age,” the source said, adding that their bond is “indescribable.”

Following Queen Bey’s record-breaking night at the Grammys, her father, Mathew Knowles, tweeted, “I’m so proud, not only of Beyoncé’s accomplishment of having the most Grammy Awards of any female, but also in the way she did it. She never stopped dreaming, or living her passion, and always gives back to her community,” he wrote, before congratulating his granddaughter “for winning her first Grammy!”