FRANK LAMPARD is set to rotate his Chelsea side for the Thursday night visit of Manchester City.

A quickfire comeback win over Aston Villa got the Blues off to a winning start in their first game back following the Premier League's shutdown. 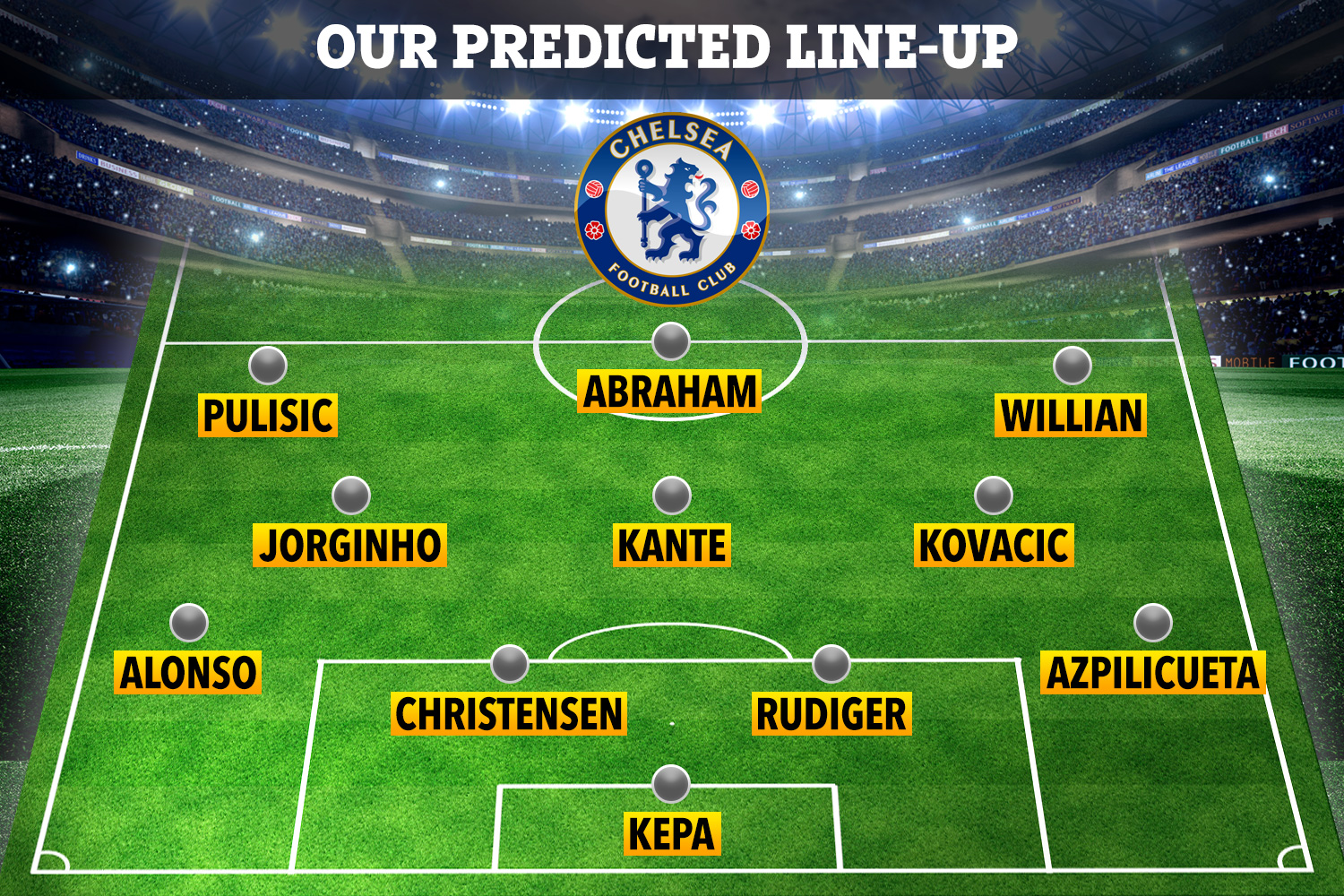 Taking to the field again just four days later will likely demand a few changes to the XI that started in the West Midlands, with Tammy Abraham and Christian Pulisic poised to come in.

Even though Olivier Giroud netted the winner on Sunday, he may be dropped with Abraham fit to make his first start since February 1.

On the flanks, Lampard will have to decide between taking out either Willian or Mason Mount if he wants to reward Pulisic after his scoring appearance off the bench at Villa.

Fikayo Tomori and Callum Hudson-Odoi are set to miss out through injury but Jorginho is back from suspension.

The Italian will be knocking on the door of the line-up after Ruben Loftus-Cheek made his long-awaited return last time out.

And Lampard may introduce Ross Barkley to the XI after promising to be "more aggressive" when facing City.