For English-speaking fans of Italian master Michelangelo Antonioni, Blow-Up (1966) must have felt like a gift from above. For his picture (based on a Julio Cortazar story and set in Swinging London), Antonioni was working at the height of his powers and had a Herbie Hancock score to back him up.

Of course, no film set in London in that year could ignore the rock scene that was so much bigger than The Beatles and Rolling Stones. And in the middle of Blow-Up, the main character (played by David Hemmings) wanders into a club where a hard-edged band is playing.

In that scene, fans of Led Zeppelin can catch a young Jimmy Page on stage with The Yardbirds, which at that time also featured Jeff Beck. While the film offers a rare glimpse of the Beck-Page version of the band, the Yardbirds weren’t Antonioni’s first choice for the film.

As you might guess by the guitar-smashing, the director originally wanted The Who to play in the film. However, a crafty play by The Yardbirds’ manager got his own group in the picture.

Michelangelo Antonioni had seen The Who’s destructive act in 1965 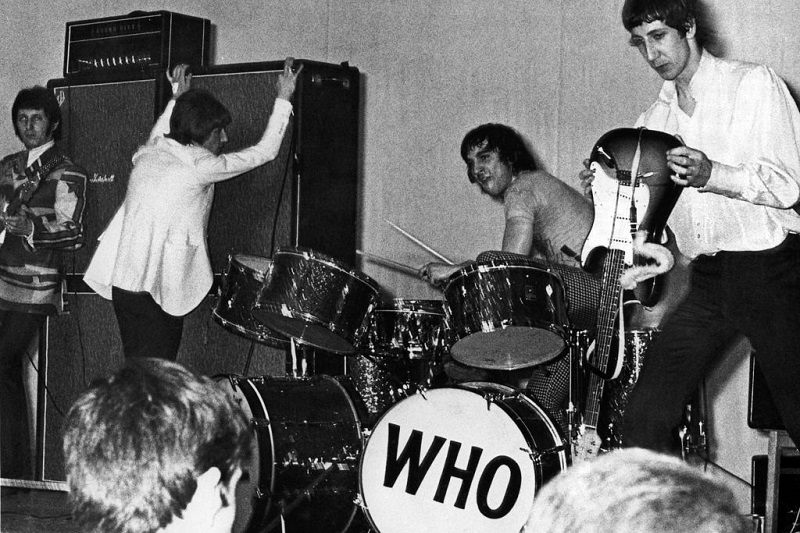 In terms of theatrics, The Who’s stage act was a tough one to beat at the time of the Blow-Up shoot. The band had been smashing guitars, amplifiers, and drum kits for months by that point, and the visual aspect of it clearly intrigued Antonioni.

At a December 1965 gig at the Goldhawk Club in Shepherd’s Bush, London, Antonioni caught The Who’s explosive act live. According to author Mark Blake in Pretend You’re in a War, a vicious fight broke out that night at the club. After the show, bouncers had to carry a wounded concertgoer off the floor.

In the early part of ’66, Terence Stamp (brother of Who co-manager Chris Stamp) was up for the lead in Blow-Up. However, after seeing Hemmings perform in a play around that time, Antonioni decided to go with Hemmings.

It’s unclear whether that casting change weakened The Who’s bargaining power. Nonetheless, Who co-manager Kit Lambert couldn’t close the deal with Antonioni in the following months. That left the door open for The Yardbirds. 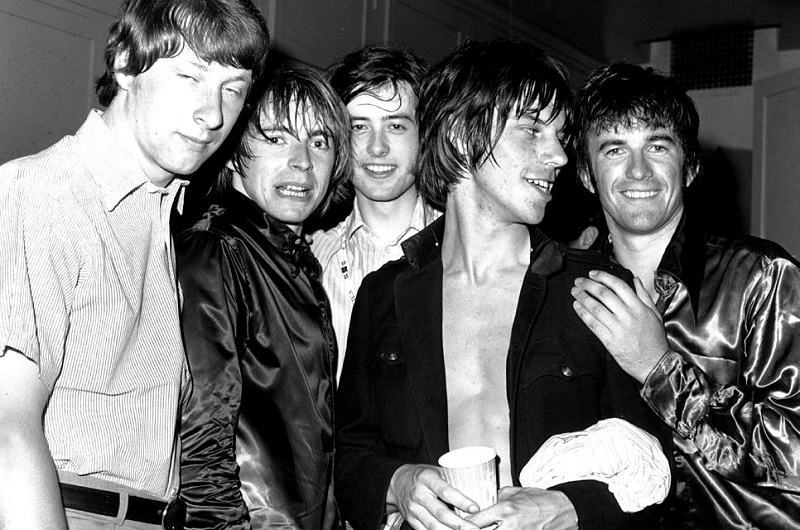 While Pete Townshend has claimed that The Who were too raw for Antonioni to feature in Blow-Up, other accounts of The Yardbirds getting the gig sound more convincing. In Martin Power’s Jeff Beck biography Hot Wired Guitar, Yardbirds manager Simon Napier-Bell said he pulled a fast one on The Who management.

Napier-Bell said Kit Lambert had told him about Antonioni’s idea to use The Who over dinner one night. When Lambert asked for Napier-Bell’s advice, The Yardbirds manager told Lambert to ask for a big sum and to hold out for final edit on the scene, all the while knowing Antonioni would refuse.

After Antonioni indeed shot down Lambert’s demands, the director reportedly considered The Velvet Underground and other bands. But Napier-Bell contacted Antonioni and convinced him The Yardbirds had the sound and stage presence that could top any other act in London.

Napier-Bell closed the deal and got his band in the picture, and the scene stands as a fine artifact of London in mid-’66. Without it, we wouldn’t know what the Page-Beck Yardbirds looked like on stage.

Also see: Why Eric Clapton and Jimmy Page Had a Falling-Out in the 1960s