Home » Lifestyle » How the UFC began, with promoters pitching the event as a real-life Mortal Kombat and a sumo wrestler on the fight card

How the UFC began, with promoters pitching the event as a real-life Mortal Kombat and a sumo wrestler on the fight card

CONOR McGREGOR and Khabib Nurmagomedov are two of the most-famous named on the planet.

But in 1993, you'd be hard-pushed to know any of UFC fighters who participated in the competition's first-ever event. 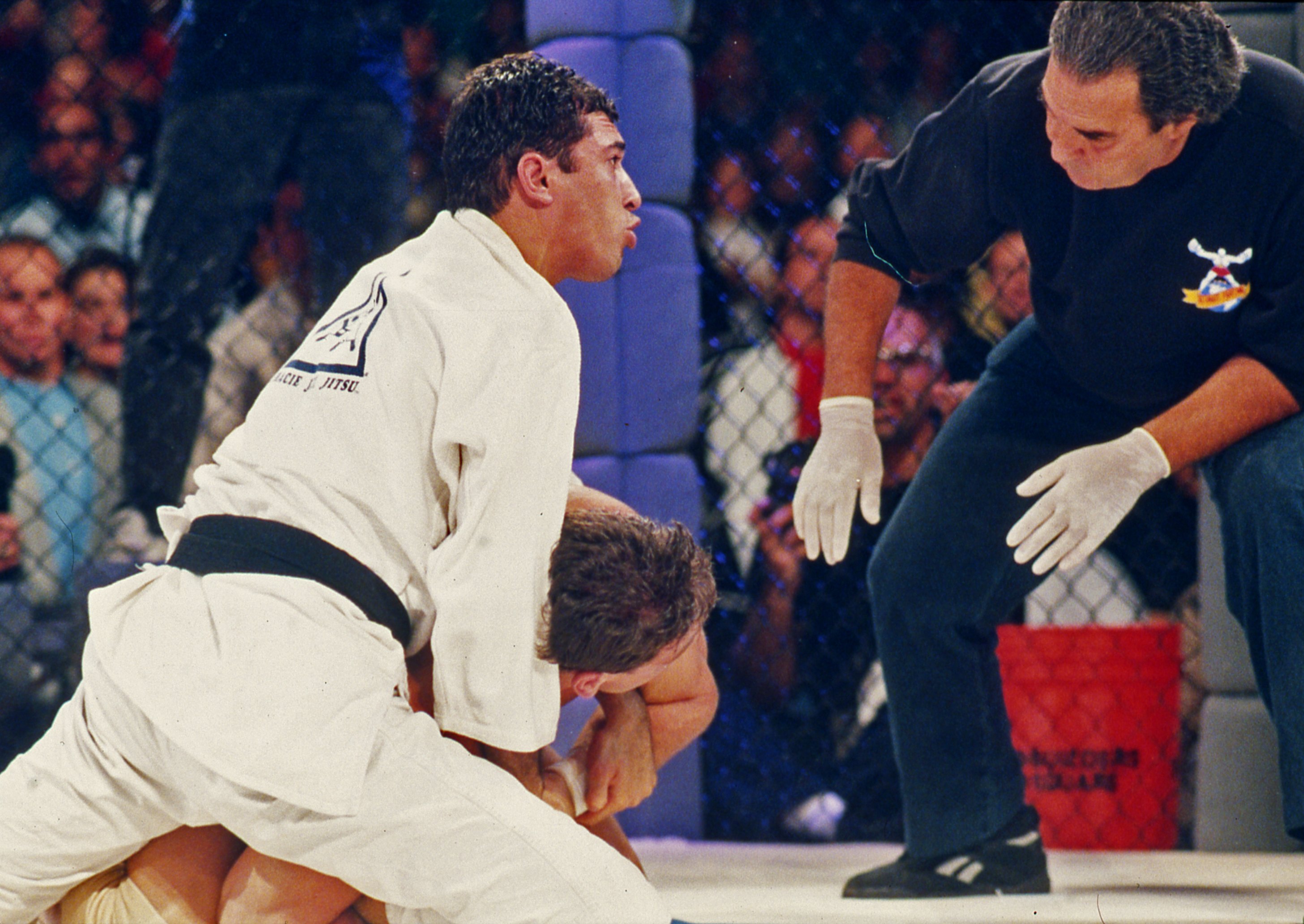 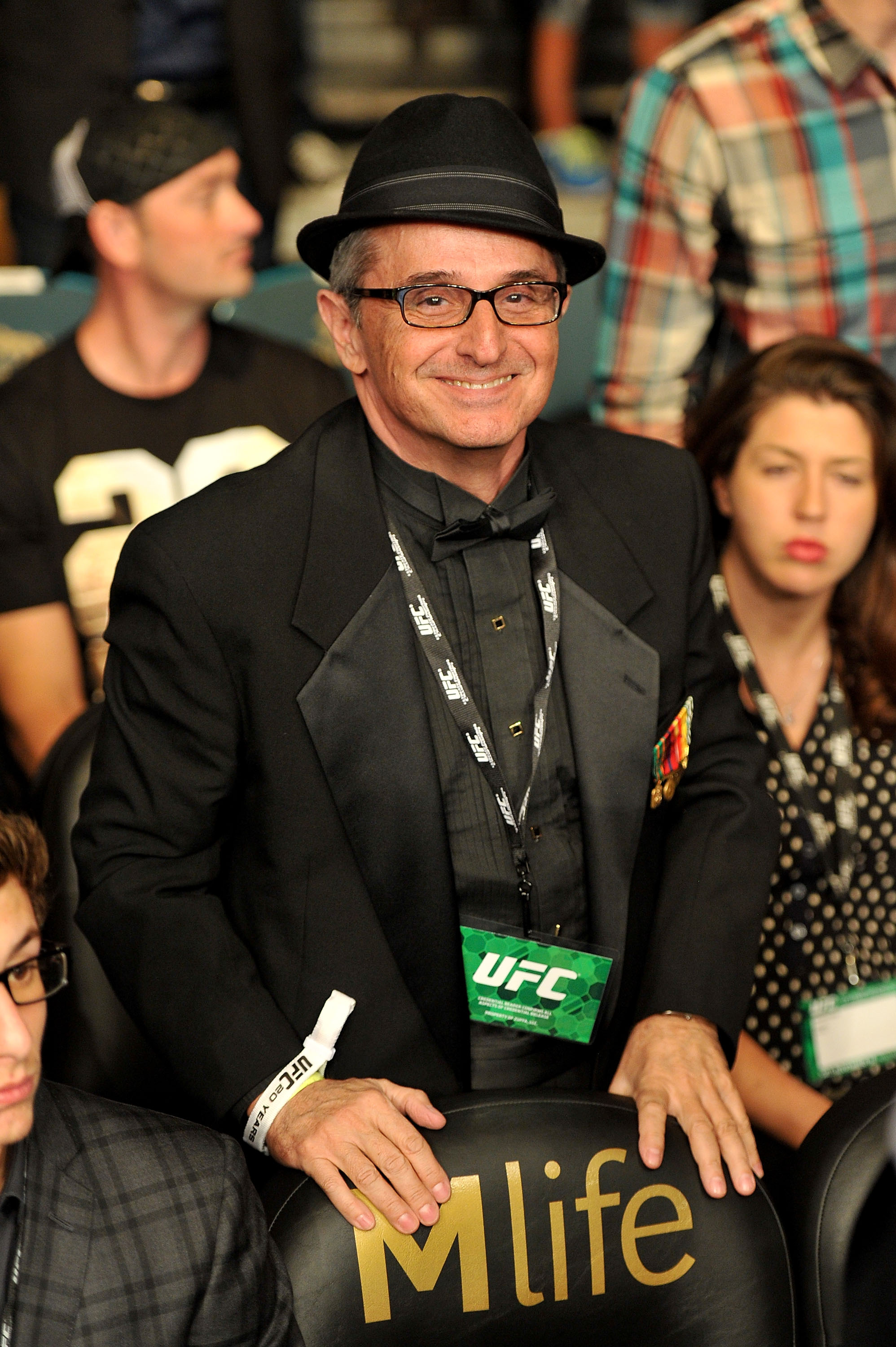 Originally an eight-man tournament, the winner walked away with a £38,000 paycheque.

And with no weight class introduced, organisers initially pitted men of all shapes and sizes together in the Octagon, even a sumo wrestler.

It was sold as a pay-per-view event, with the promise it was like a televised version of gory 1990s video game Mortal Kombat.

Although the current UFC president has turned the championship into the billion-dollar franchise it is now, there's three men before him that formed the skeletons of the organisation.

Gracie was already versed in a similar event, the 'Gracie Challenge' – an open invitation issued by some members of the Gracie family – the pioneers of Brazilian jiu-jitsu (BJJ) – to martial artists of other styles to fight in a Vale Tudo match.

Davie wanted to launch a 16-man single elimination tournament called 'War of the Worlds' that featured fighters trained in various disciplines from boxing to wrestling to kung-fu. 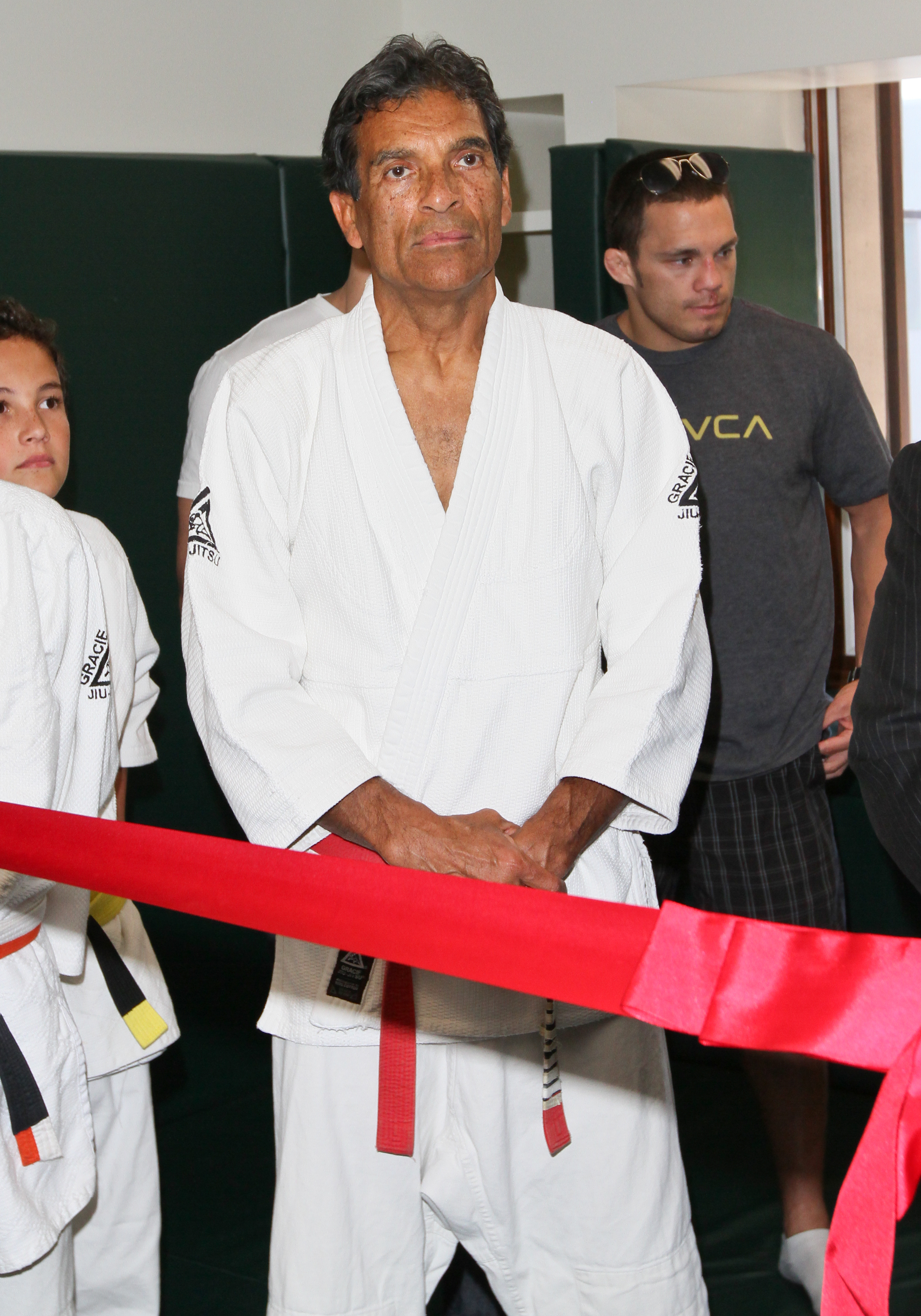 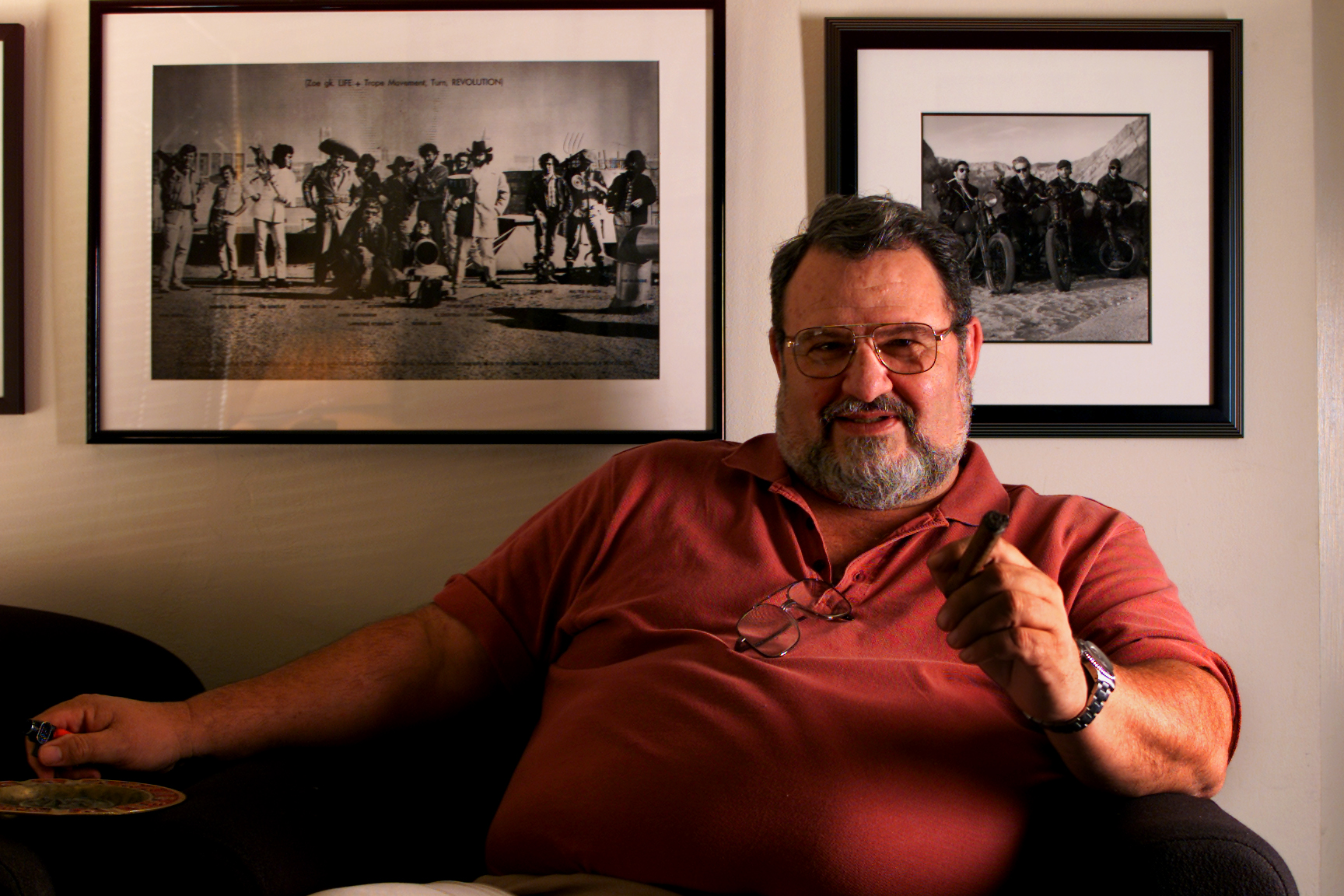 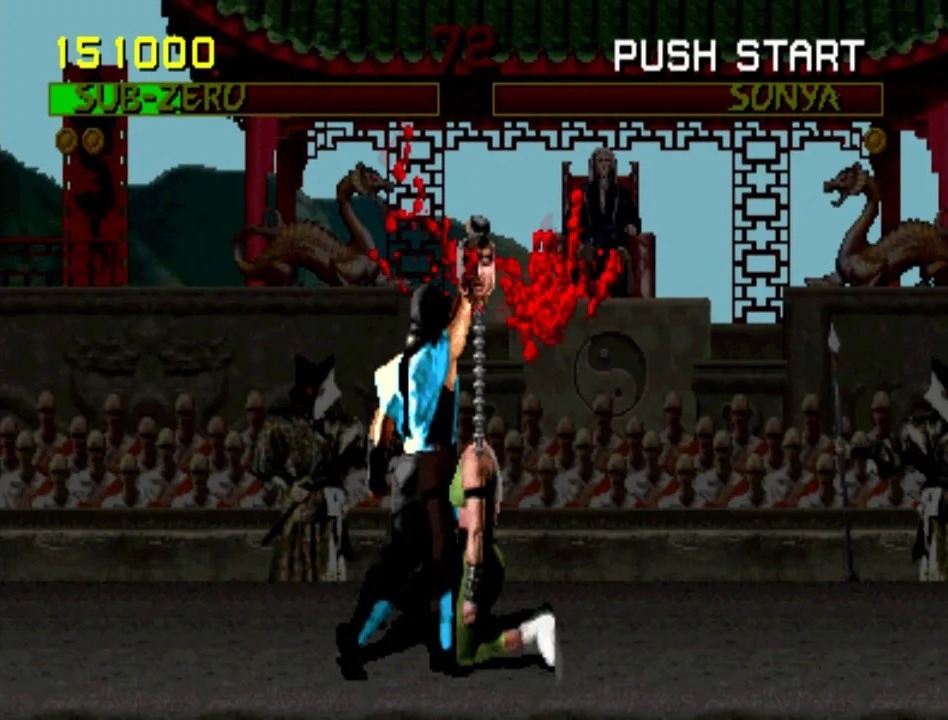 The idea was to determine what the greatest discipline was, as well as provide entertainment akin to the popular video games of the time, Mortal Kombat and Street Fighter.

Milius, who was nominated for an Oscar for his screenplay for Apocalypse Now and directed Arnold Schwarzenegger in Conan the Barbarian, took on the role as creative director.

Advertisements were placed in martial arts magazines to recruit fighters, with the prize money promised at £38,000.

However, Davie couldn't find any suitors – with less than a dozen answering the ads.

But still, eight-man were found that would be up to the challenge.

After drawing up a business plan, as well as roping in 28 other investors, the trio set up WOW Promotions with the capital to turn the concept into a television franchise.

Their next step was to find a partner. Producers at HBO and Showtime were approached, but declined.

However, they later inked a deal with Semaphore Entertainment Group (SEG), who previously produced an offbeat exhibition tennis match between Jimmy Connors and Martina Navratilova.

Milius, in charge of making the event a visual spectacle, believed the fights should take place in an octagonal cage fenced with chain link. 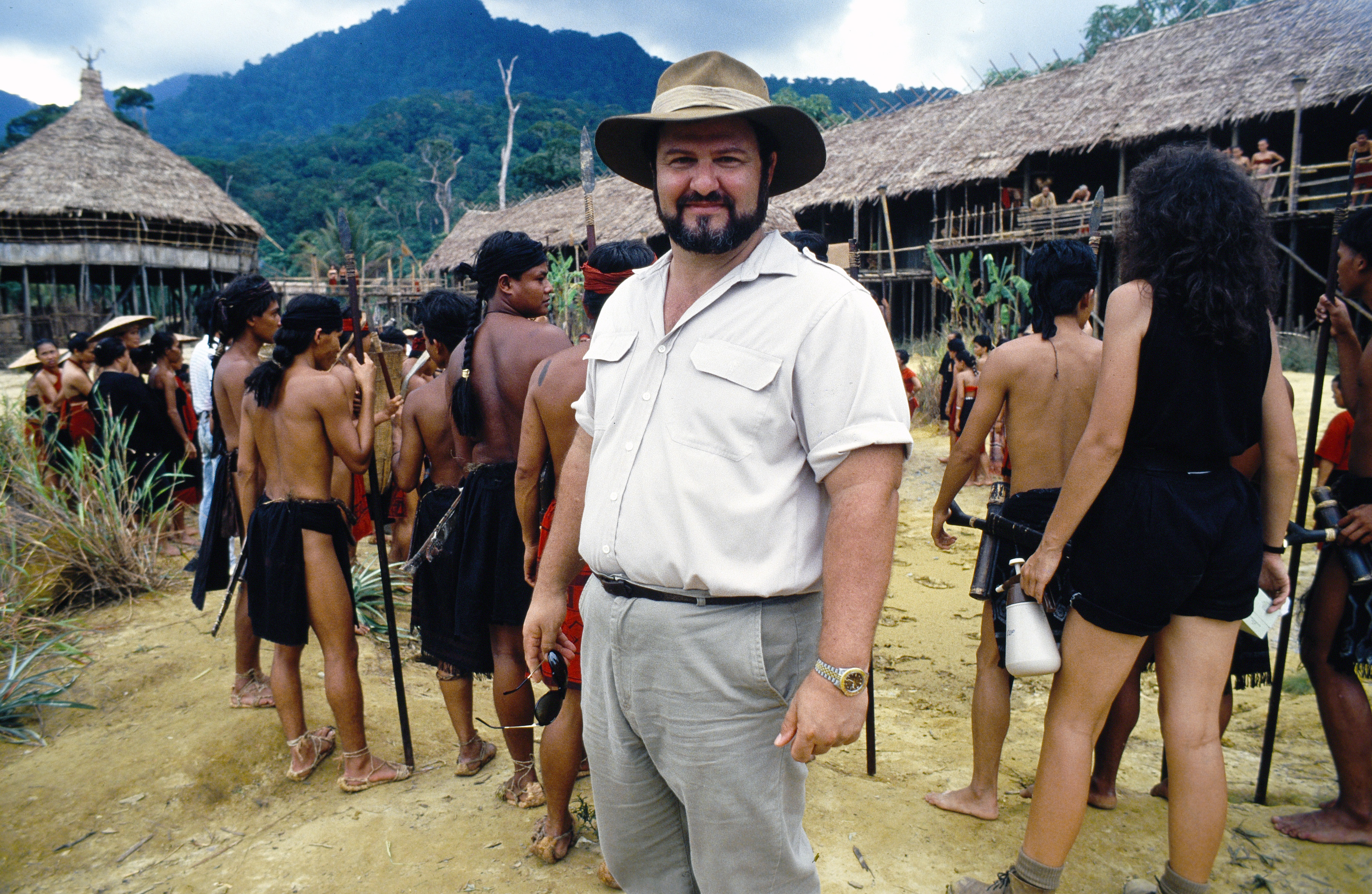 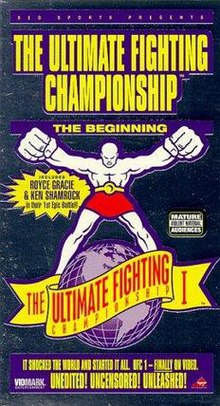 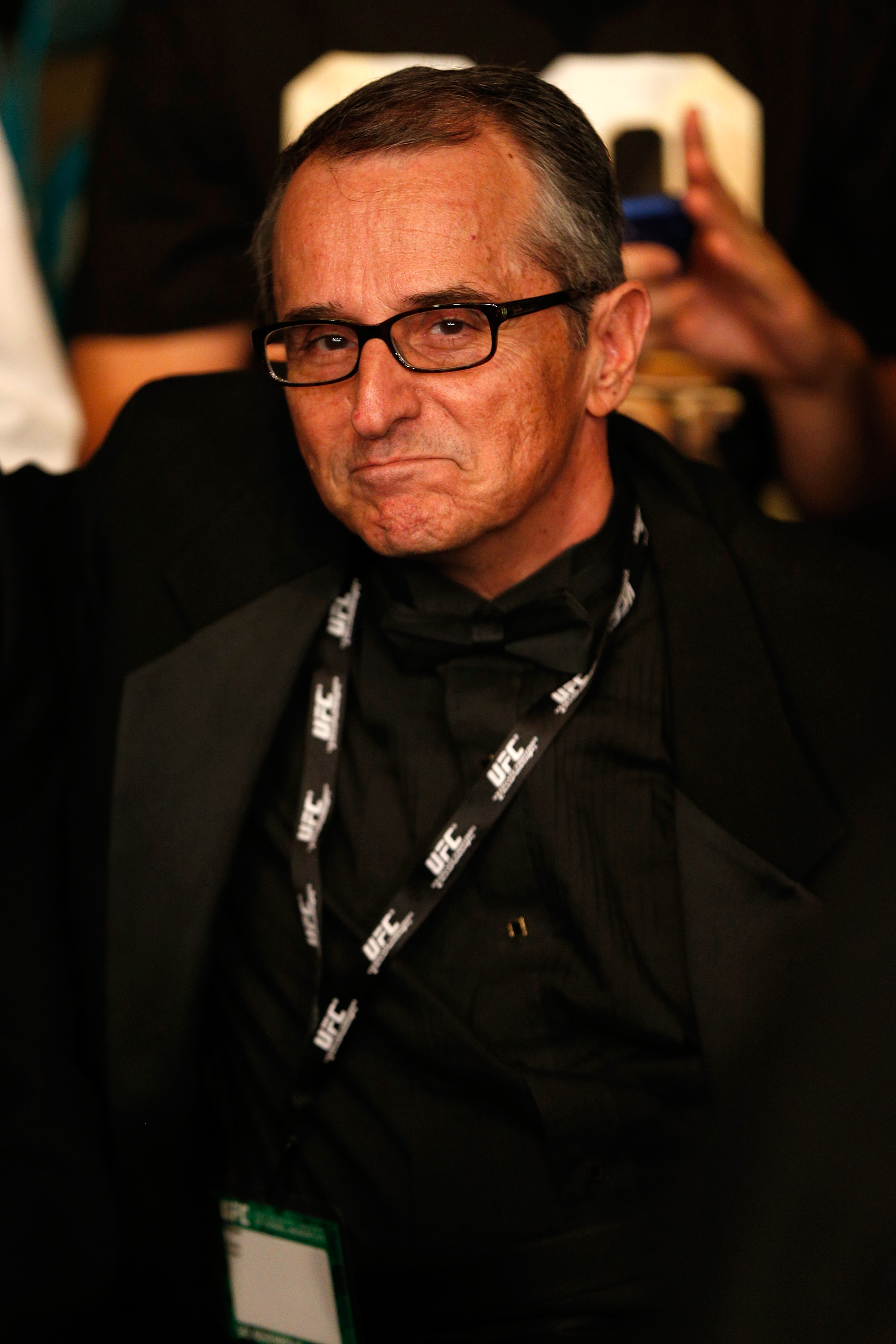 SEG contacted film and video director Jason Cusson, who designed the trademarked 'Octagon' – the fight arena the warriors could do battle in.

Davie suggested that the top of the cage could feature razor wire, but that idea was rejected.

General regulations were decided. It was a no holds barred contest, with no doping probes, no rules, no mandatory gloves, no judges' scores, and no time limits.

Knockouts, tapouts, or corner stoppages were the only way a fight could be stopped.

The referee would only be able to intervene if the corner threw in the towel. 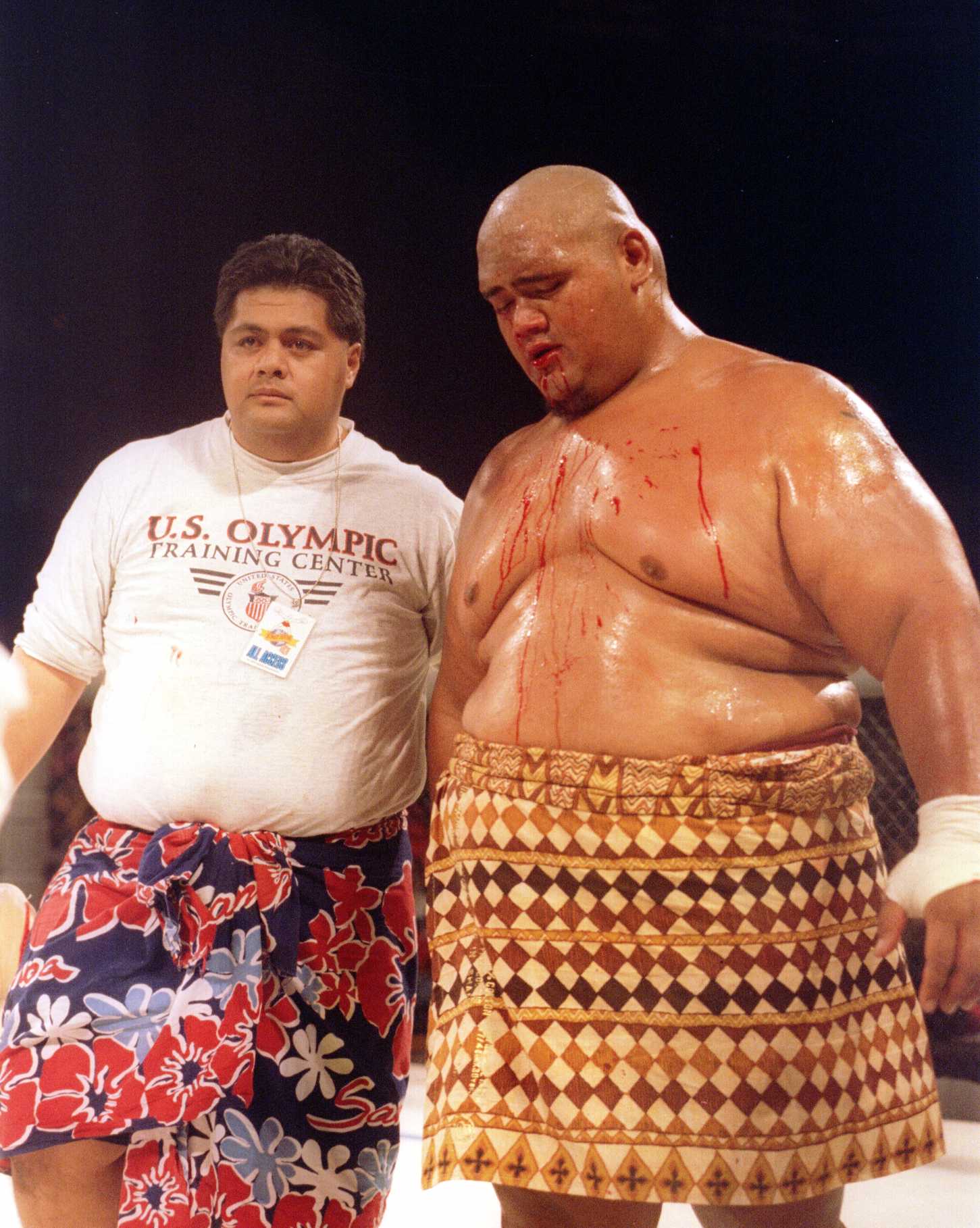 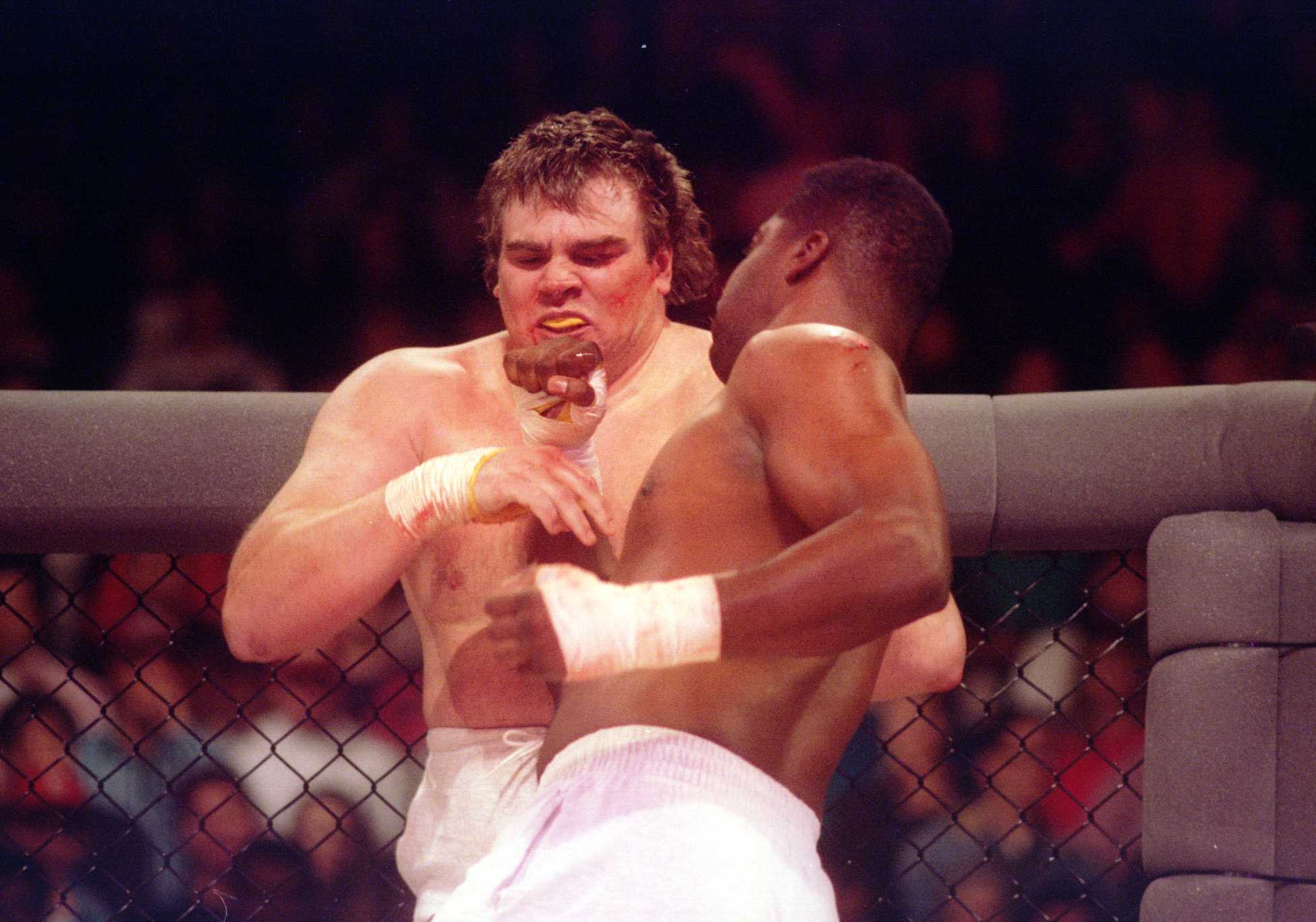 The McNichols Sports Arena in Denver was chosen because Colorado had no athletic commission and no governing body from which they would need to get approval for bare-knuckle fighting.

The likes of Ken 'The World's Most Dangerous Man' Shamrock were on the fight card, as was boxer Art Jimmerson and sumo wrestler Teila Tula.

But it was Brazilian jiu-jitsu black belt Royce Gracie, the younger brother of UFC co-founder Rorion, who was the victor.

Royce, who was hand-picked by Rorion to represent the family, forced Jimmerson, Shamrock and Gerard Gordeau into submission with his superior martial arts skills.

Amazingly, the event was a pay-per-view hit. 86,592 viewers tuned in to watch Royce become the first ever UFC champion.

In years to come, a tape of the event would regularly be rented out at Blockbuster video.

It's been disputed that Davie, Gracie and Milius had no plans to make it a regular event. 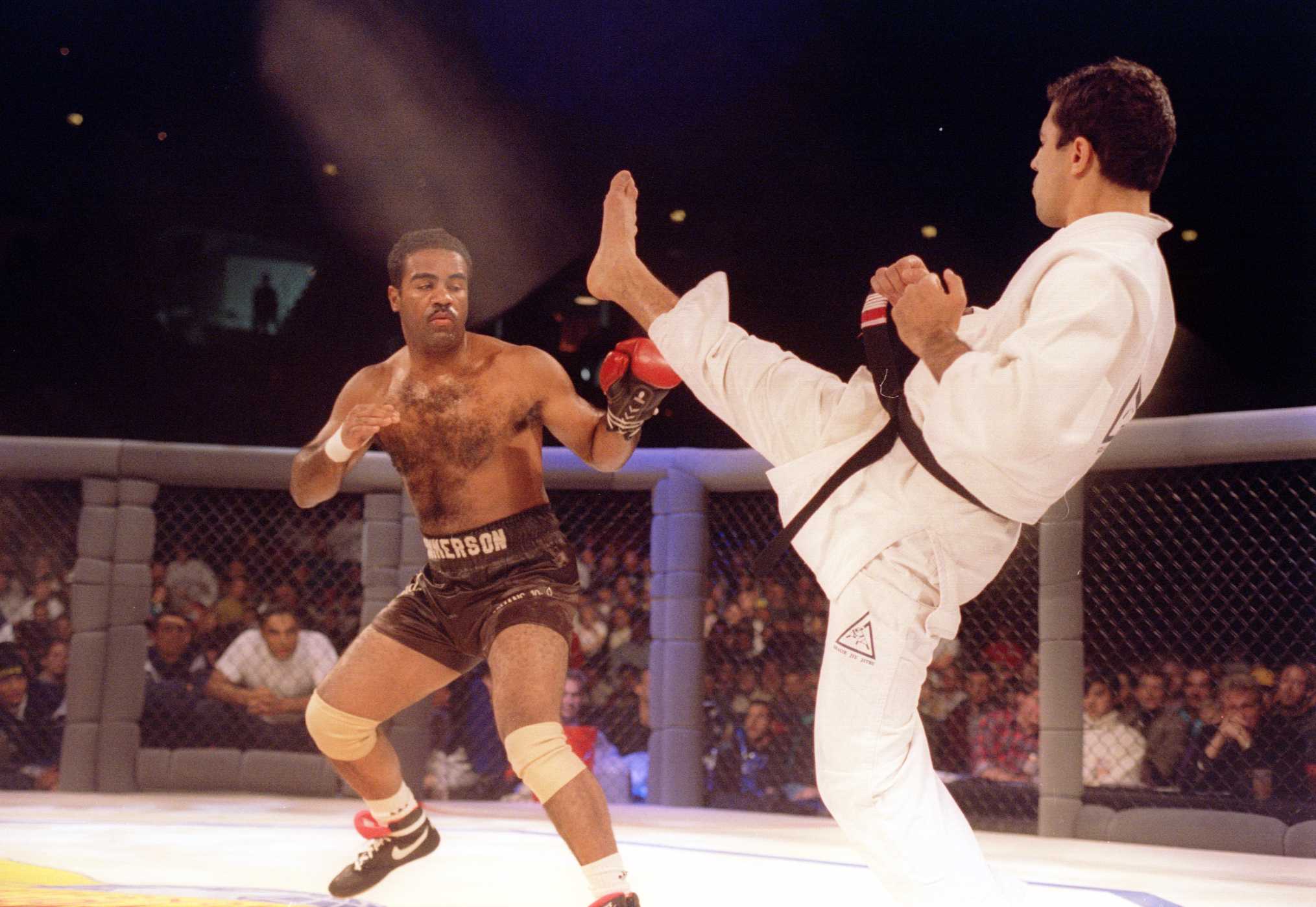 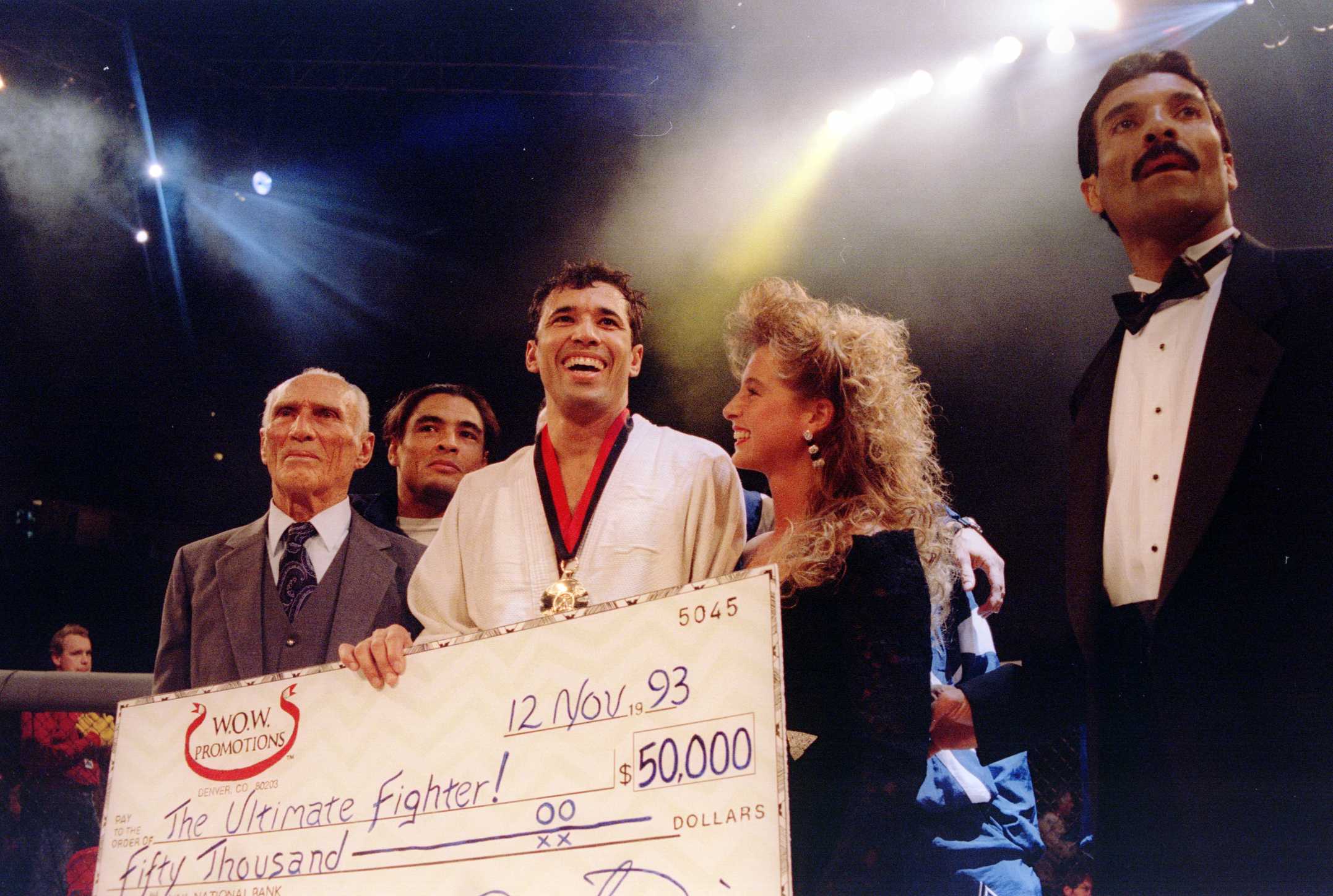 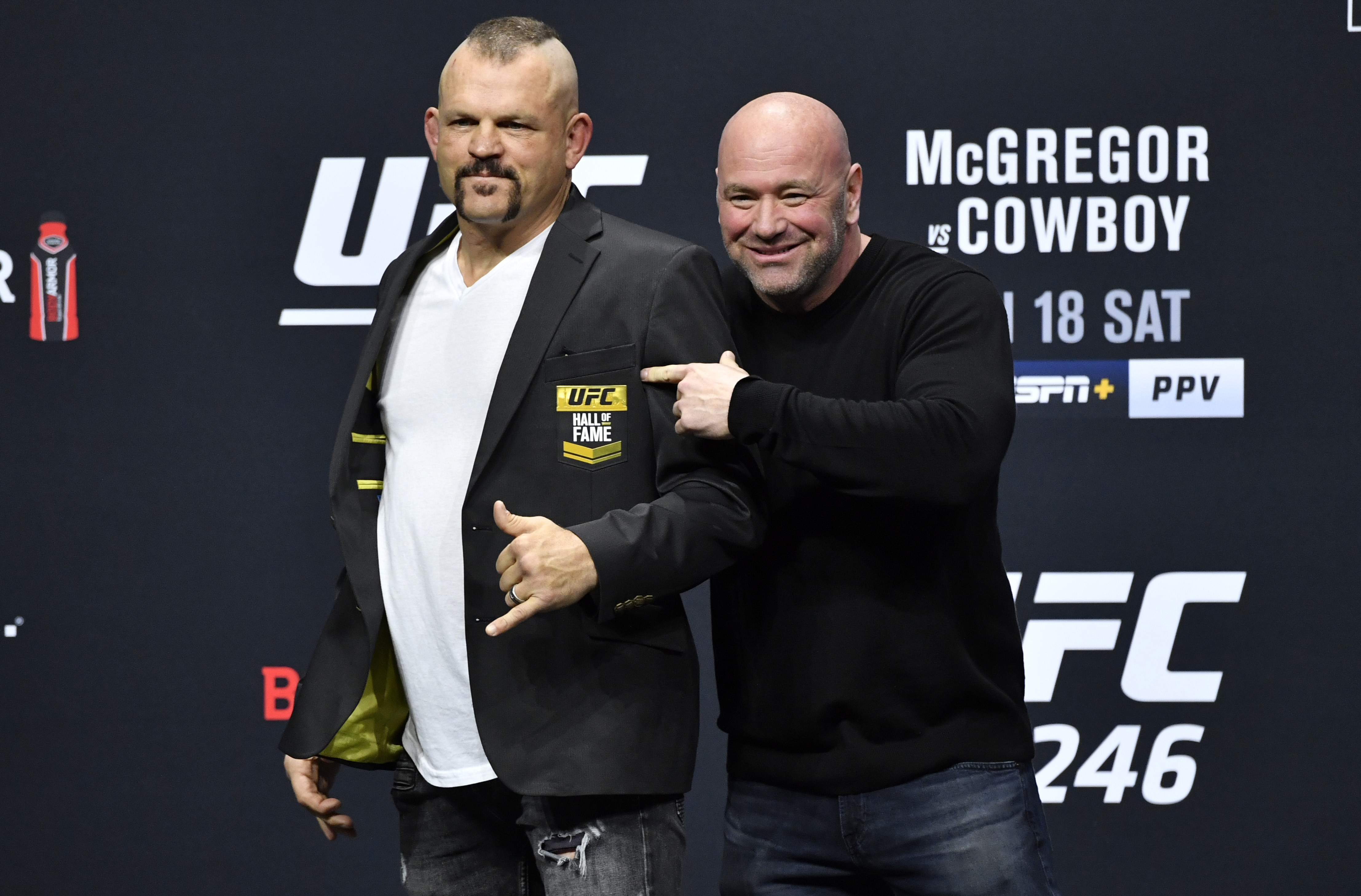 "That show was only supposed to be a one-off", Dana White has said in the past.

"It did so well on pay-per-view they decided to do another, and another.

"Never in a million years did these guys think they were creating a sport."

But in his 2014 book 'Is This Legal', Davie revealed WOW and SEG had signed a five-year-deal before UFC 1 to create a franchise rather than a one-night-stand.

The rest is history.