There’s a game circulating around TikTok right now that’s an oldie but a goodie. If you’ve ever taken an improv comedy class or spent a week away at summer camp, you might even know how to play TikTok’s "Got It" game already. You may refer to it as something different like "Mind Meld" or "Say The Same Thing," but it has all the same rules.

TikTok’s "Got It" game requires at least two people to play. At the beginning of the game, you’ll count down from 3, and each say a random word; it can be literally any word. A food, a place, an animal, an object — it can even be the name of the movie you just saw. After counting down, you and your friend will say your words at the same time. Then, you’ll try to find another word that connects to both of the words you just said. For instance, if you said "milkshake" and your friend said "Starbucks," a word that links those two together could be "Frappuccino."

The goal is to say the same thing, but if you end up saying two different words, you’ve got to try again. The "Got It" name is pretty self-explanatory: When you think of a word, you exclaim, "Got it!" That way your friend knows you’re ready to say your next word. By watching a few of these videos of people playing the "Got It" game on TikTok, you’ll be ready to play with your besties in no time.

1. This Couple Was So In Sync 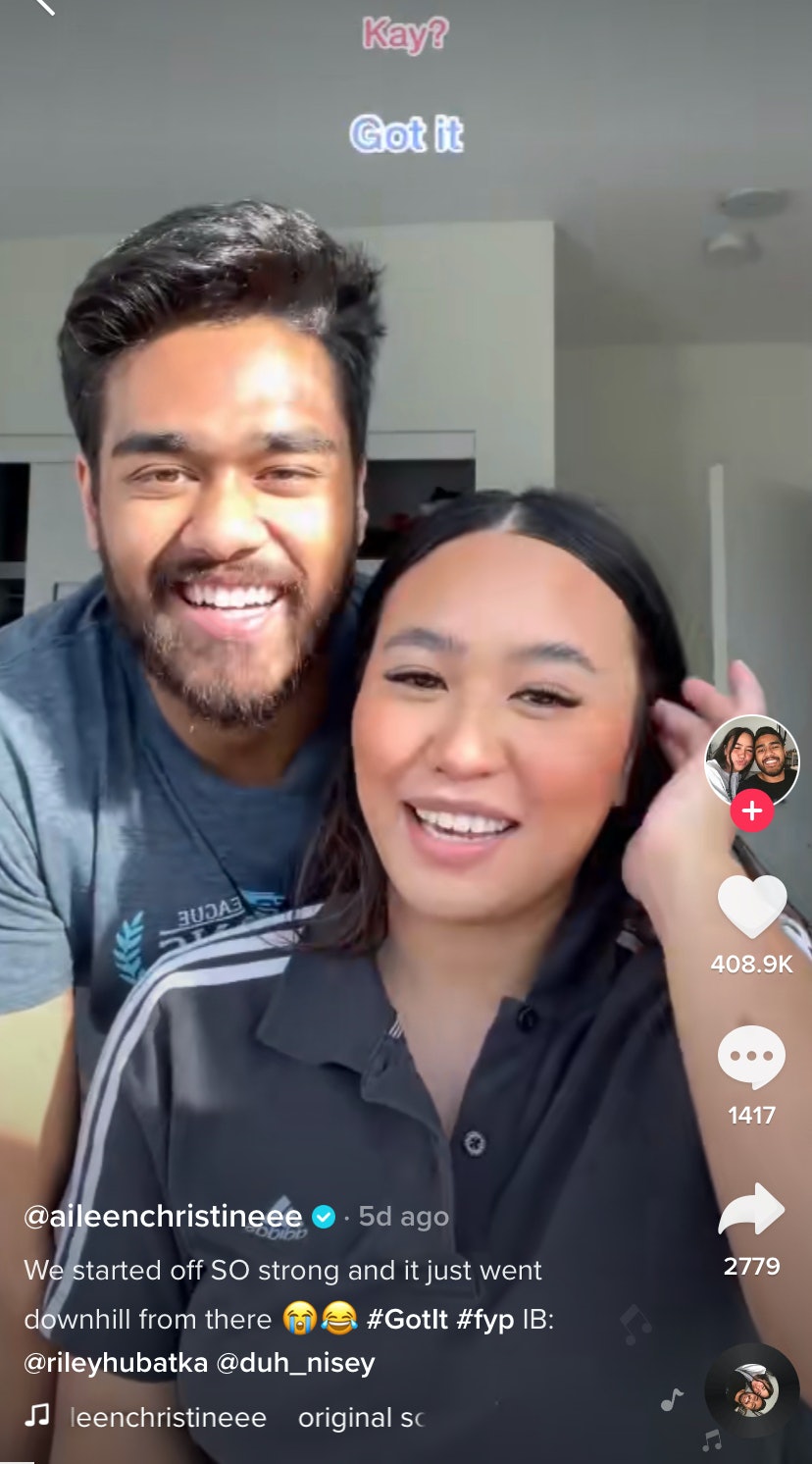 The fun of "Got It" is that you can be totally in sync one round and totally off-base in another. That’s just like TikToker @aileenchristineee. In the first round, she and her partner nail it right away by saying "cloud" after saying "sky" and "iPad." However, the second round doesn’t go so well, which is just as much fun to watch.

2. This Couple Killed Time At The Car Wash

While "Got It" is a fun game you can play at any time with your partner or roomies, it can always be a great way to kill time when you’re waiting for something. This couple in particular, on TikToker @doseoftiffy’s page, decided to play a round of "Got It" while waiting at a car wash. The funny part is they’re not on the same page, which means they make it through the entire car wash without saying the same word. 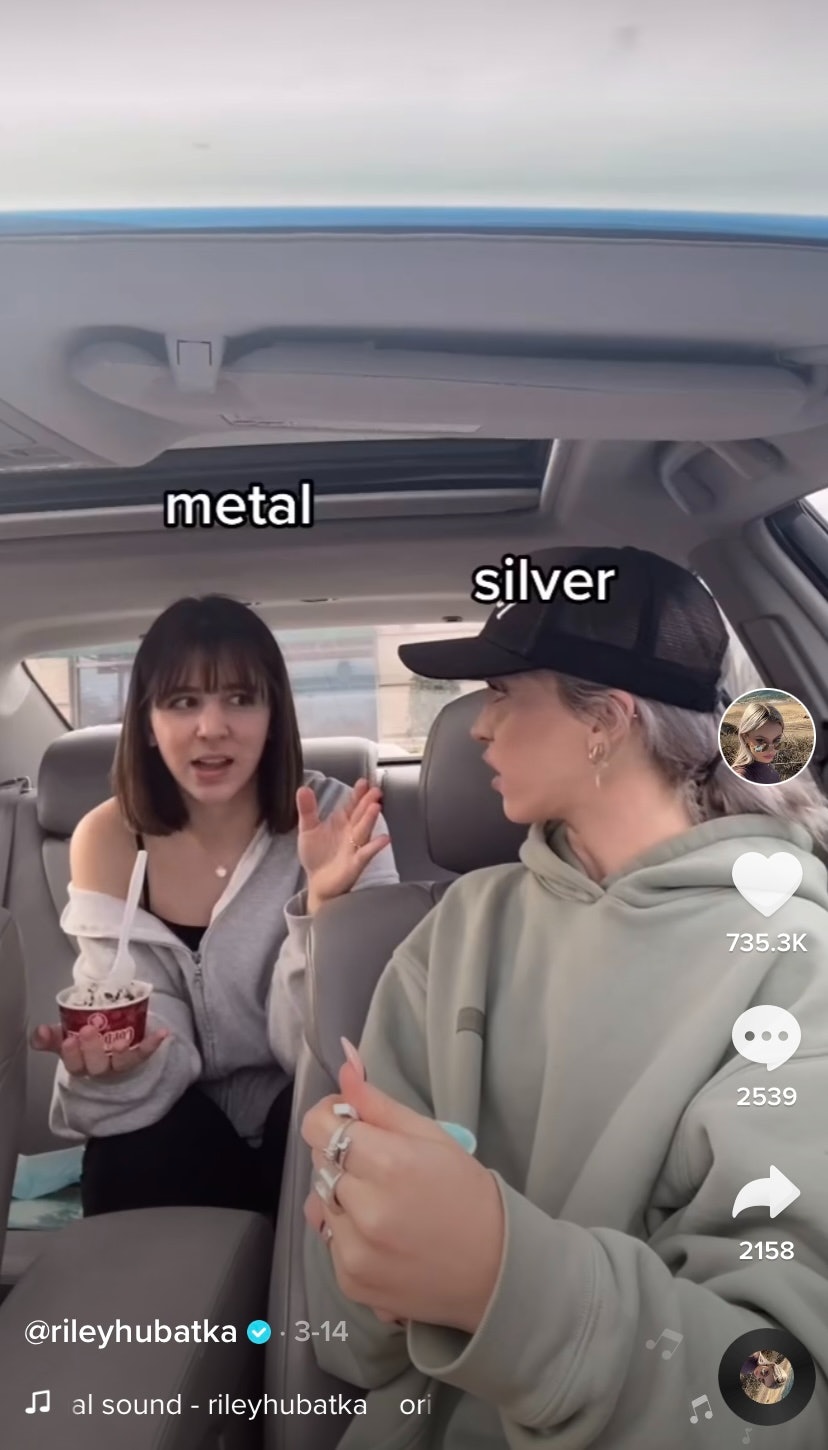 In TikToker @rileyhubatka’s video, you can see how "Got It" is easily played with multiple people. Only two people can go at a time, but if you’re too slow to say, "Got it," someone can take your place. In the video, you’ll see Riley can’t think of a word for "silver" and "metal," so someone else says, "Got it," and takes over.

4. The Best Reactions Come When You Know You’ve Got It

Since this is a TikTok trend, you must record yourself playing with your roomies. While it may take you a few tries to get a full game in one 60 second or less TikTok, it’s definitely worth it for that final reaction. TikToker @futureteachermitchell captured that perfect moment of excitement when they both say, "Princess Diana," after saying the words, "Queen Elizabeth" and "scandal."

Sometimes, you’ll get so excited when you think of a word that you’ll forget to say, "Got it." Make sure you don’t skip over that part, because it gives your partner the heads up that you’re ready. Unfortunately, TikToker @lisaidumb got a bit excited while playing and forgot, but it was a very LOL-worthy moment.

If you’re posting to TikTok, you’ll also want to make sure to type out the words you say using the "Text" editing feature. That way people can follow along and know exactly what words you’re saying.