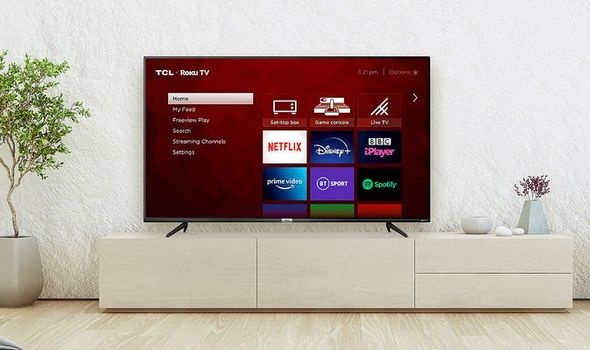 Running low on new shows and films to watch? Don’t worry, Roku has your back. The streaming platform, which is available in standalone set-top boxes, built-in to certain Smart TVs, as well as Sky Q and NOW, has added 17 new content sources to its free-to-watch channel, dubbed The Roku Channel.

With its latest additions, Roku Channel now boasts 200 sources contributing content to its channel. Some of the most notable new inclusions are video game firm IGN, CBC News and AccuWeather, as well as a linear channel devoted exclusively to the Tribeca Film Festival.

The latter will include 114 movies from the renowned film festival’s back catalogue, with new titles added every 30 days.

Not only that but there will be original content from Tribeca Studios too. For those who don’t feel up to attending an in-person screening at their local multiplex, this is a great way to discover new movies.

Roku Channel doesn’t charge a subscription fee, unlike other popular streaming options including Netflix, Disney+, and Prime Video. Instead, to keep the lights on, the service relies on advertisements. It’s available to anyone with a Roku-branded Smart TV, Roku streaming set-top box, NOW or Sky Q box.

Last year, the US company also added standalone iPhone and Android apps for those who don’t want to watch on the big screen.

MORE LIKE THIS
After hundreds of complaints, ITV Hub just made a dramatic change

Speaking about the latest addition to the popular channel, Ashley Hovey, director of the Roku Channel, said: “The demand for free, quality programming continues to be of importance to our streamers. We’ve seen linear streaming explode over the last year, and we’re very excited to offer an all-new lineup of great channels with some of the most-recognised franchises to our users.”

The news comes a few weeks after Roku announced the launch of 23 new Roku Originals – shows that can only be found on the platform – on the Roku Channel.

The latest shows include new, never-before-seen series Eye Candy, Squeaky Clean, season two of Thanks a Million, and What Happens in Hollywood, with Roku promising that the shows, “will push new limits in the unscripted and documentary genres, introducing streamers to compelling shows that will shape important conversations, pull at one’s heartstrings, and put viewers straight into the competition.”

Additionally, from this weekend multi-Emmy nominated Mapleworth Murders will make its debut on The Roku Channel, where viewers can experience the award-worthy comedy of nominees Paula Pell, John Lutz and J.B. Smoove.

“While it’s only been a few months since the launch of Roku Originals, the response has been overwhelming,” said Brian Tannenbaum, Head of Alternative Programming Roku. “We’re excited to keep the drumbeat of premium series, featuring Hollywood’s top talent, available only on the Roku Channel with this next slate of original programming.”