HUNDREDS of Rangers fans gathered outside Ibrox ahead of the club's title celebrations amid warnings from cops and politicians.

Supporters descended on the stadium first thing this morning, setting off smoke bombs and waving flags, one of them even climbed up a light post. 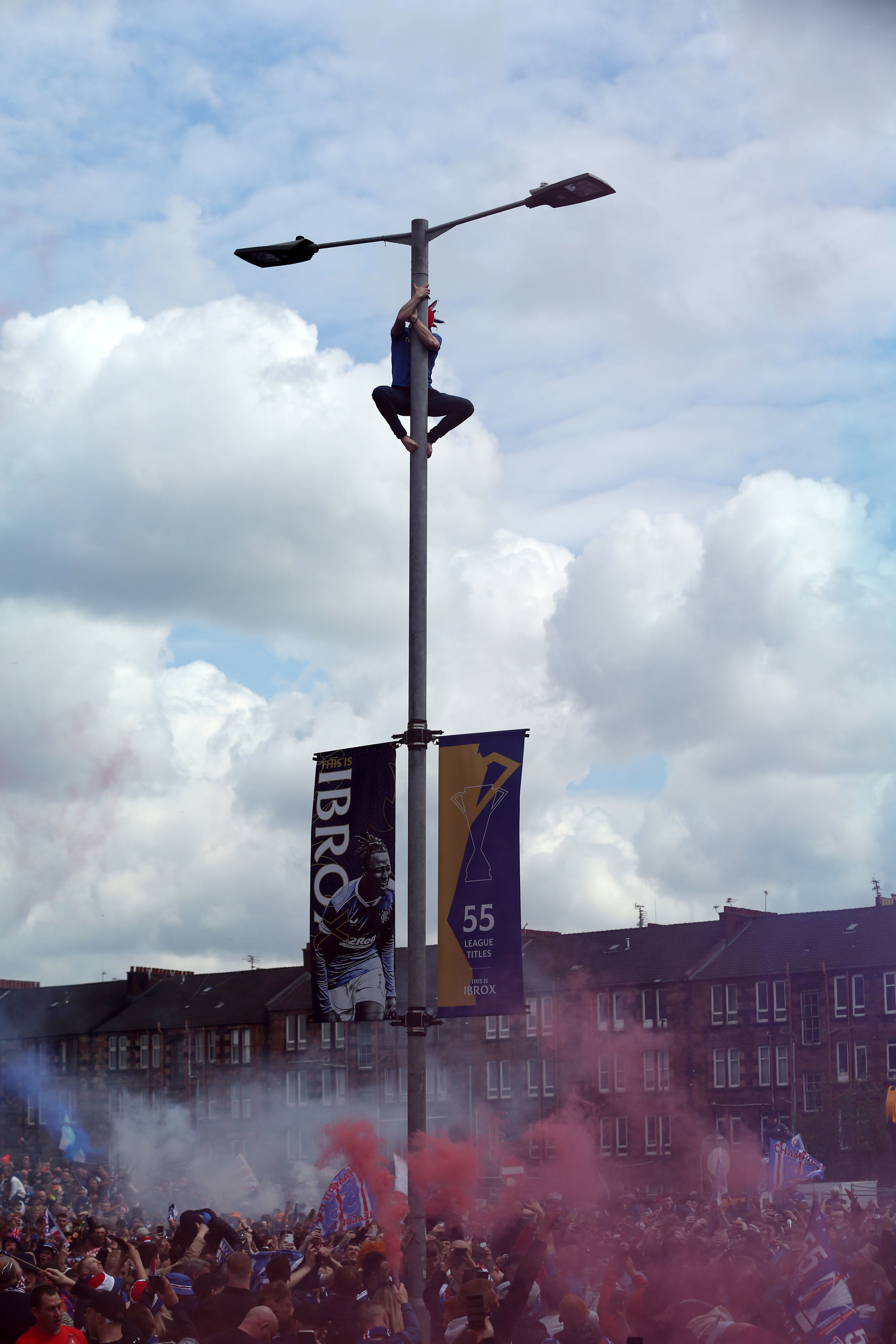 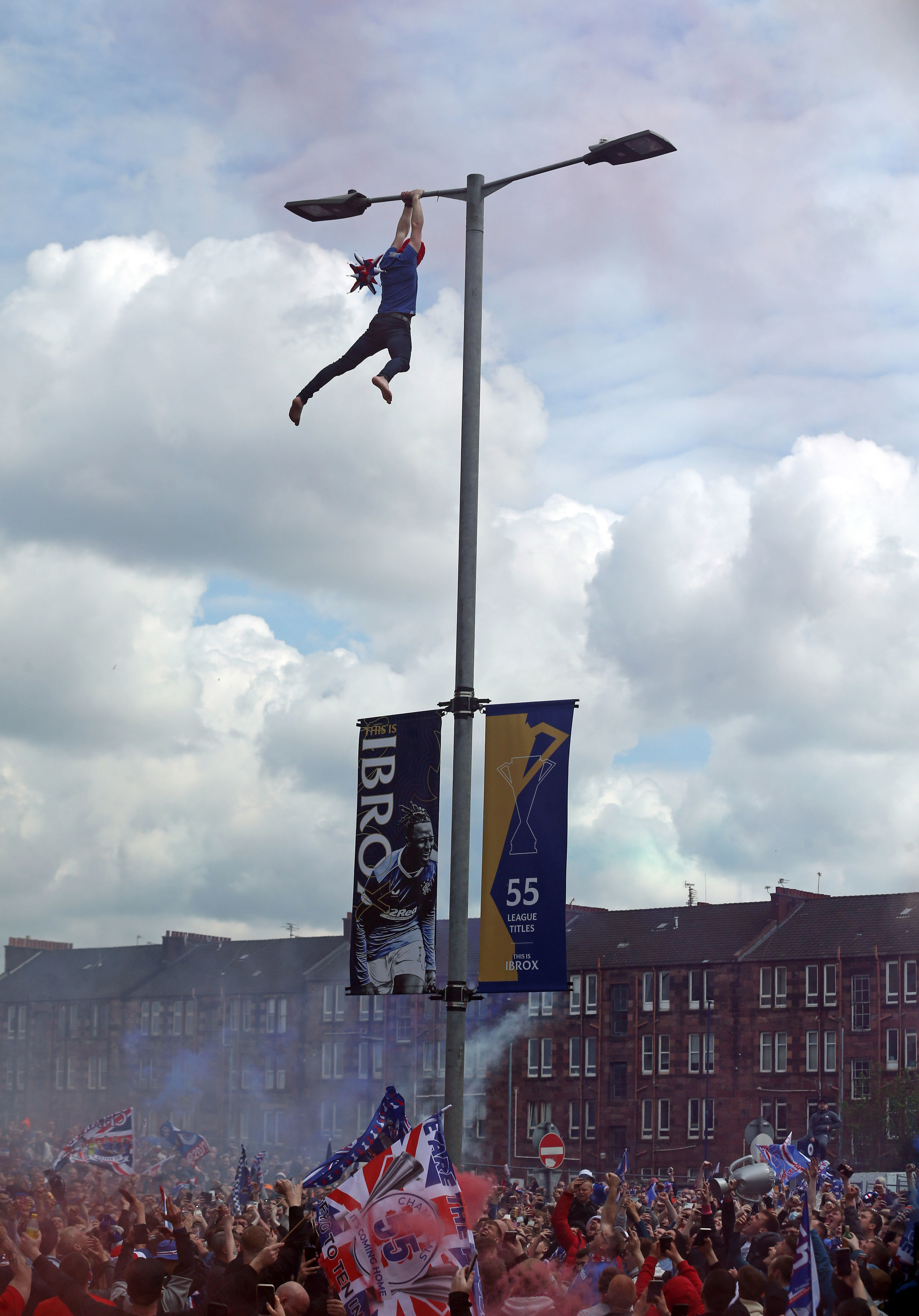 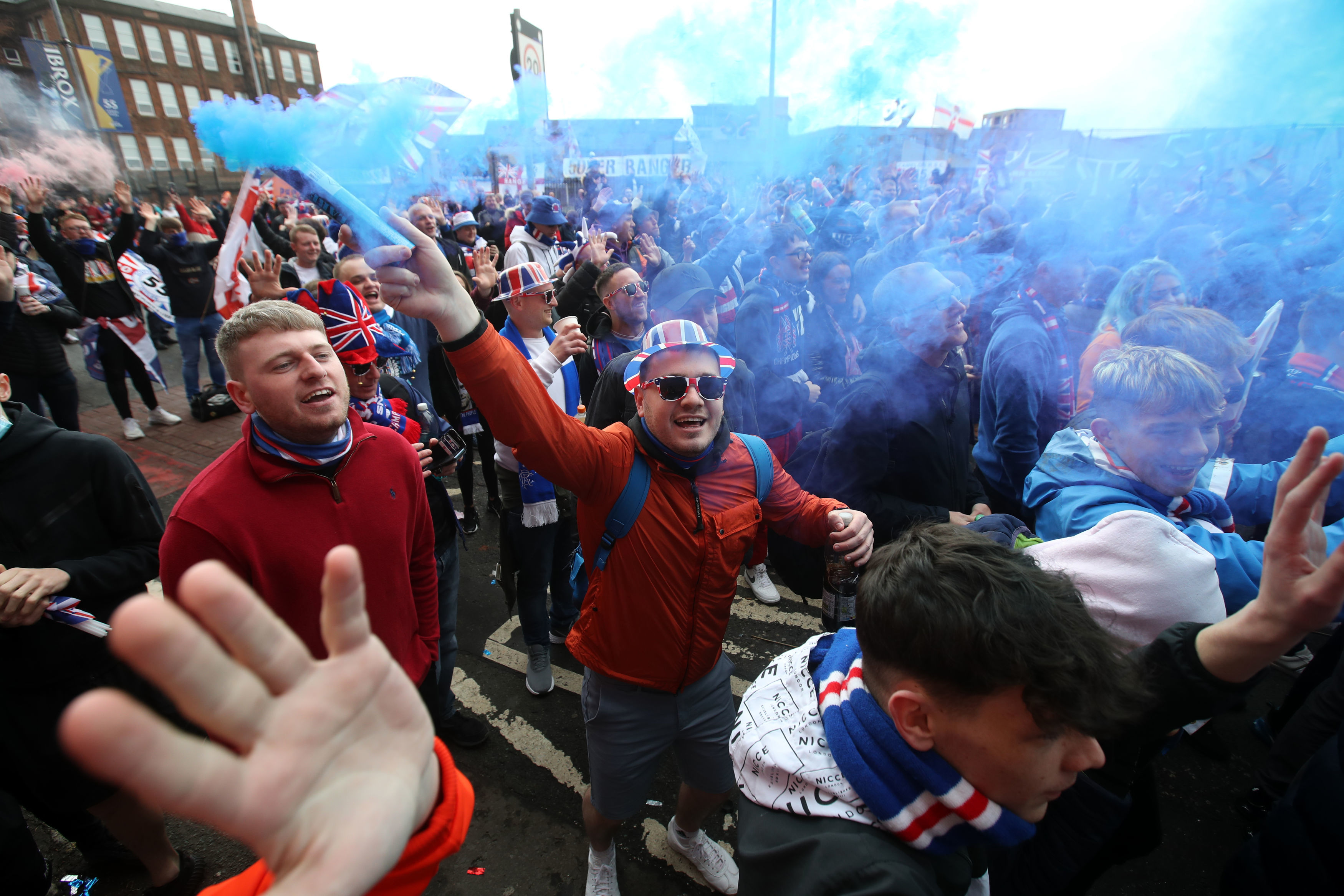 This week police and politicians have been warning fans NOT to march from Ibrox to George Square to celebrate Premiership trophy day this weekend.

The club asked fans to celebrate "in their community" and observe all social distancing rules. 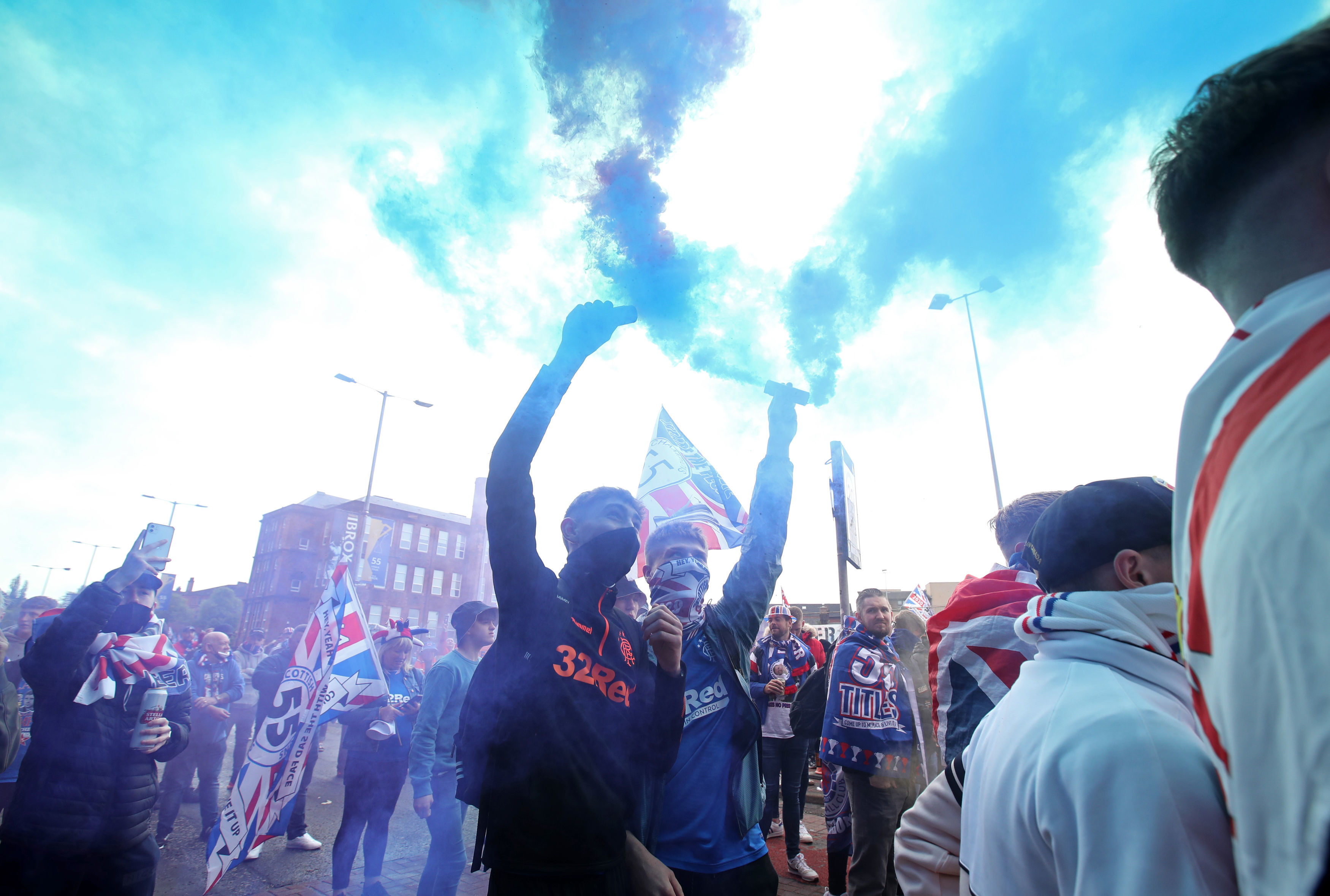 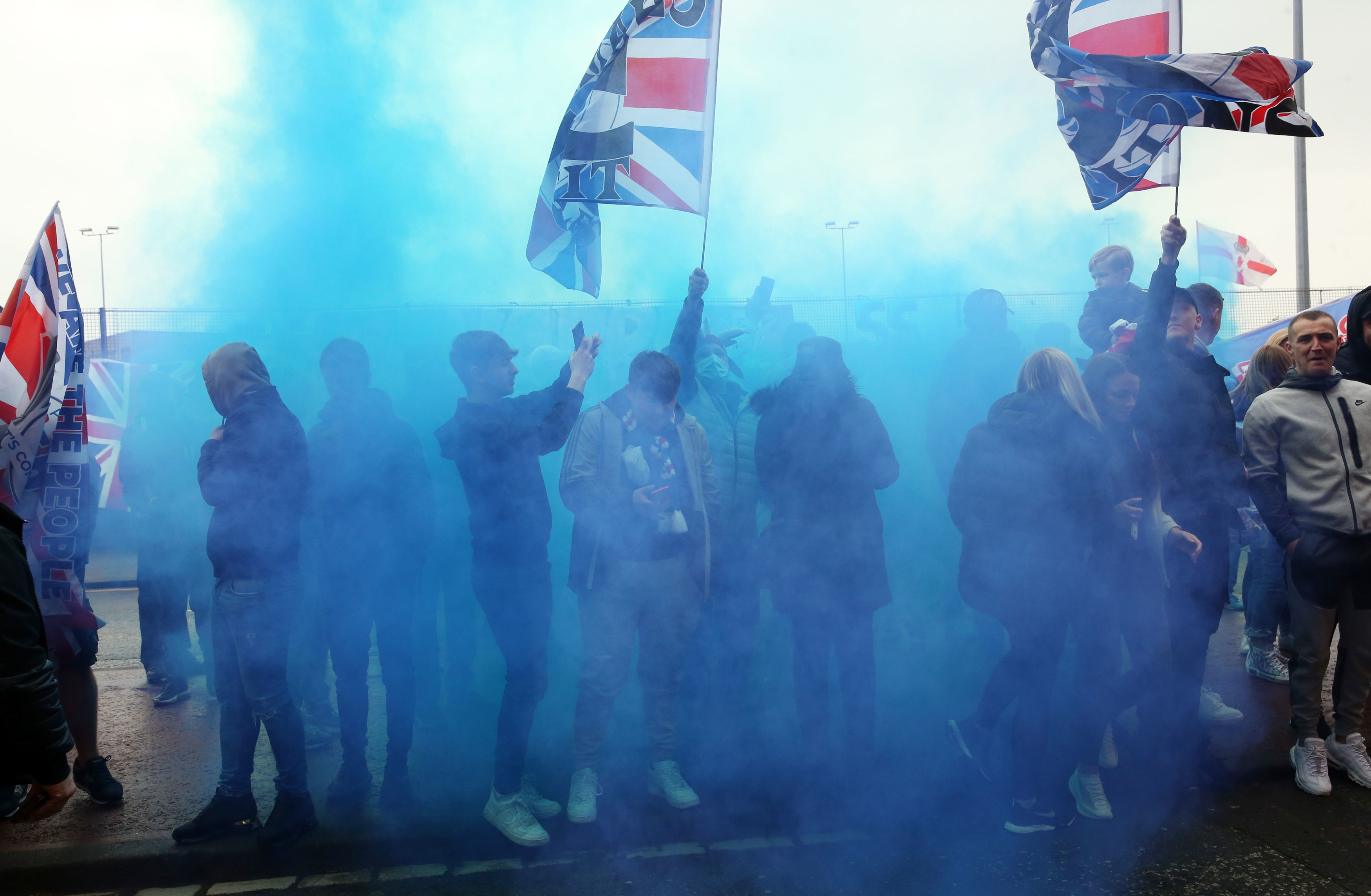 Supporters could be seen setting off flares outside the stadium before 10am this morning.

And the crowd cheered as Steven Gerrard and the players arrived for their match against Aberdeen this afternoon.

More than 100 Rangers supporters lined either bank of the Clyde last night near the 'squinty bridge' at Finnieston for the display of pyrotechnics as their team prepare to get their hands on their first Scottish top flight trophy in ten years.

Union Bears had urged Light Blues fans to join them in the procession on Saturday after the club lifts their first title in ten years.

We told you earlier how videos on social media – believed to have been from last night – show plenty of fans are desperate to cross the Irish Sea to celebrate which is sure to be a special moment for Gers fans. 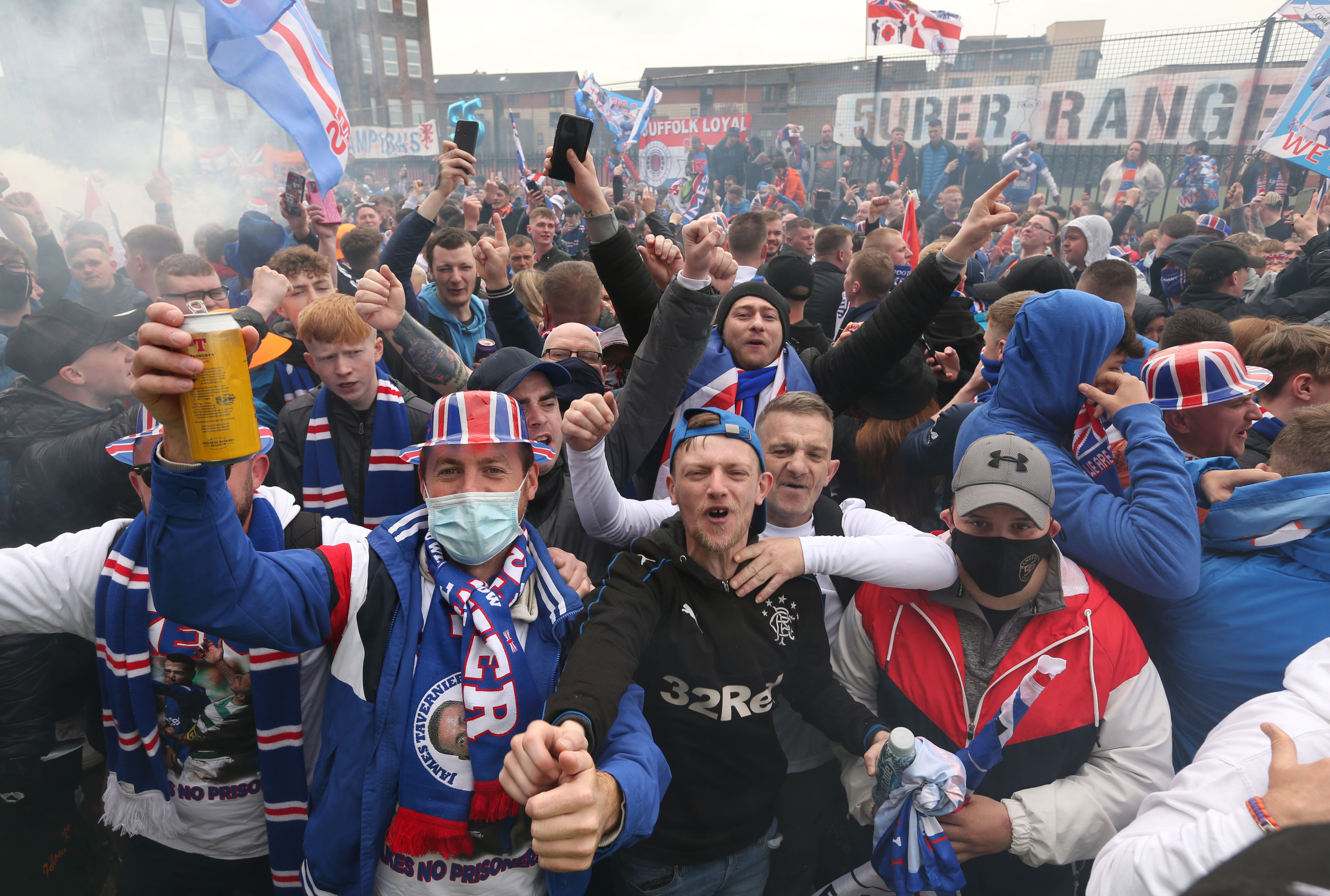 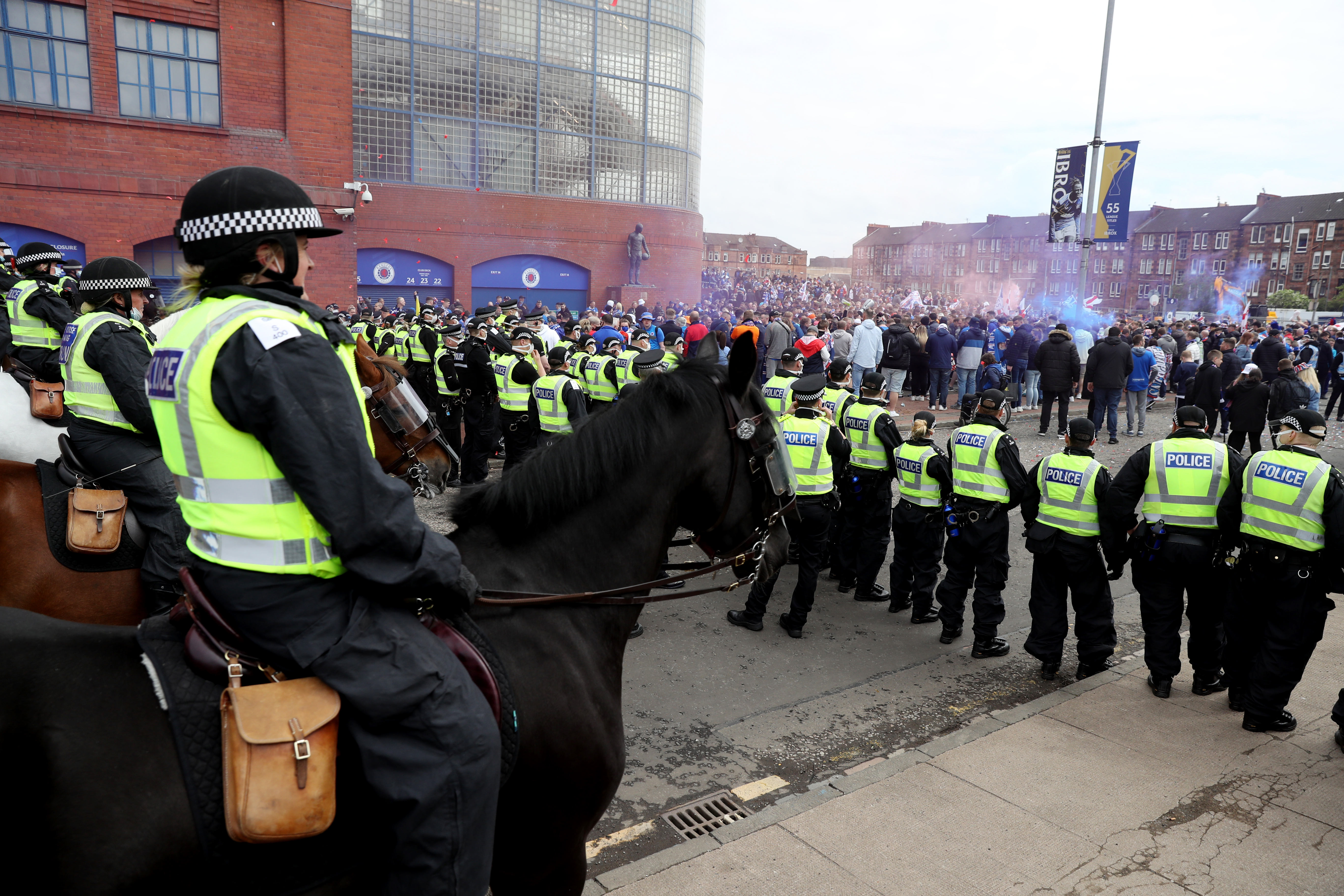 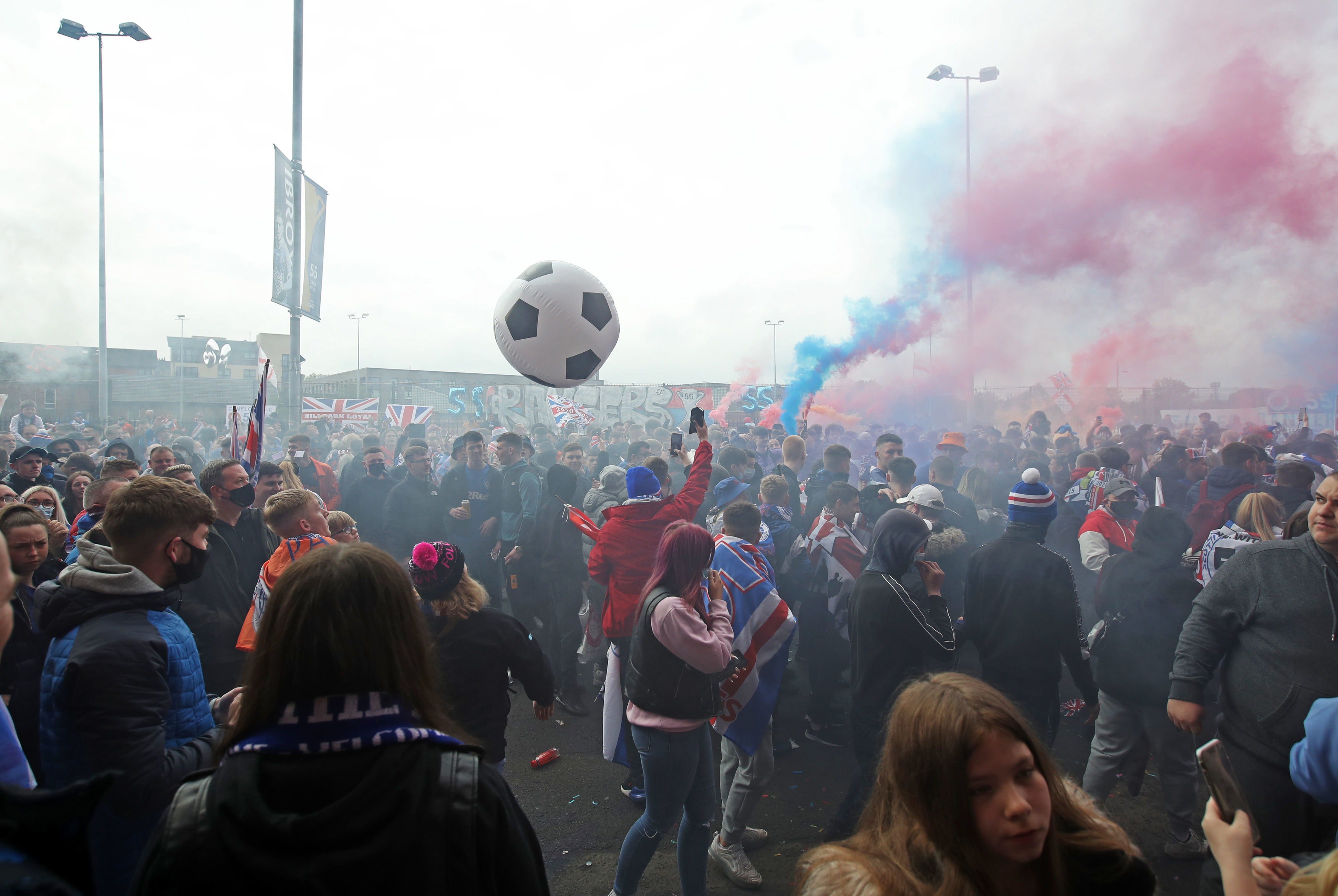 The clip, thought to be taken on the 5.20pm EasyJet flight from Belfast to Glasgow, shows the plane full of Gers fans chanting and singing songs.

We told you earlier in the week how excited Gers fans had been snapping up BLUE flares ahead of the weekend title party – sparking a UK-wide pyro shortage.

The smoke devices have sold out across the country ahead of Saturday’s Scottish Premiership trophy presentation at Ibrox.

One cheeky Gers supporter even claimed Manchester City fans took to forums to moan about online retailers being cleared out of blue flares.

He wrote: “Man City fans forum saying there (sic) can hardly get blue flares for their end of season shindigs as there’s a UK wide shortage due to Rangers fans buying them up.”

Several websites say their blue flares are sold out while all other colours are still available.