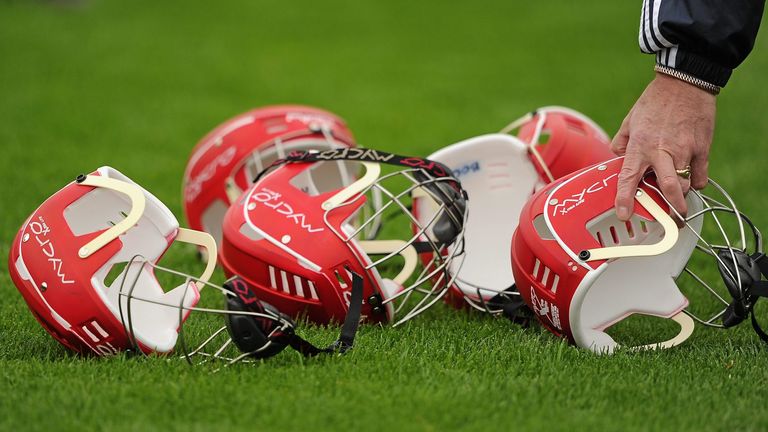 It was UCC player Micheál Murphy who first donned a helmet on a hurling field in the 1960s.

The Mardyke outfit’s midfielder was forced to innovate to protect his head, after previously suffering a fractured skull in a game.

The sight of such protective gear was reportedly met by bemusement at the time. But given that Kilkenny’s Tom Walsh had lost an eye due to an injury suffered in the 1967 All-Ireland final, the dawn of protective head gear was inevitable.

Fast forward 50 years and they’re commonplace in the game. So how did we reach this point?

It was on Lee-side where helmets first appeared on the hurling field, and so it’s apt that we look to the county to learn about their evolution.

Cork-based company Mycro provide the majority of helmets on the market, bringing out their first model in 1986.

Former Rebels and St Finbarr’s hurler Ronan Curran has been working with the Ballincollig business since 2004.

“We’re on our fourth-generation helmet,” explained the three-time All-Star.

“We’re always tinkering away with them. We started with the ‘Timmy McCarthy’. It was a good helmet, and it was at the start when no-one else had helmets out there, we were the first time bring it in in 1986.” 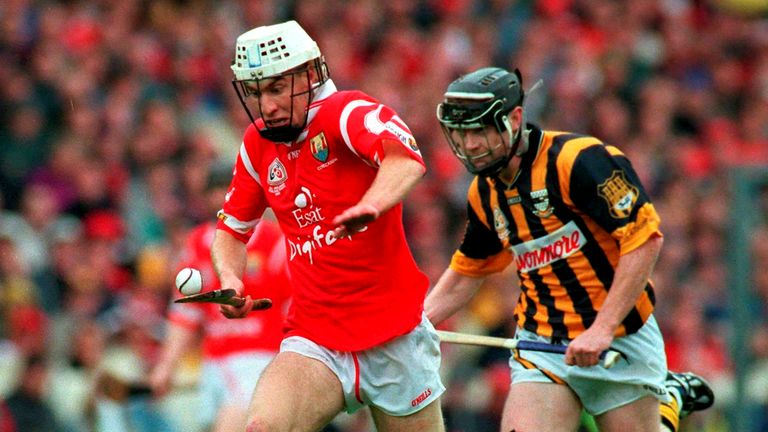 Times quickly moved on, with Mycro bringing out three more models – settling in 2004 on the prototype which is still in use today, although innovations are constantly being made.

“We’ve changed it bits and pieces – the face masks, the colours, the padding we’ve made it lighter,” noted Curran. “We’re always trying to improve it.

“There are different things we’re trying to bring out. A lot of people are looking at a plastic shield rather than a guard, but that has a lot of problems – fogging up if it rains, things like that. Years ago, we dabbled in putting speakers into the helmets and stuff like that. Could you do something like that? So we’re always tinkering around.

“But we’re at the level now where everyone is fairly happy with it where it’s still light.” 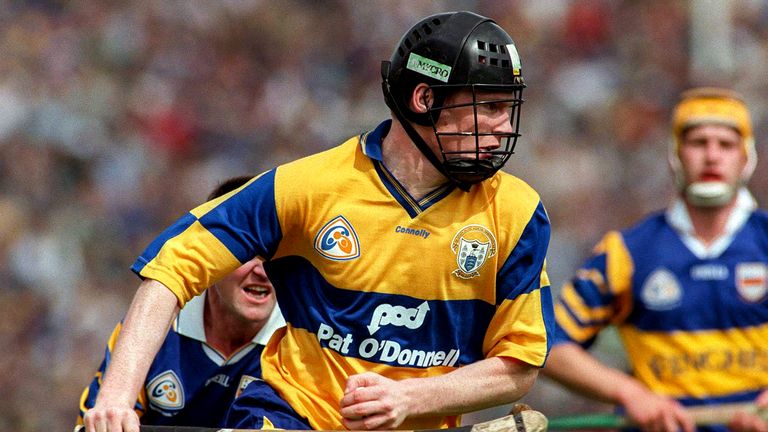 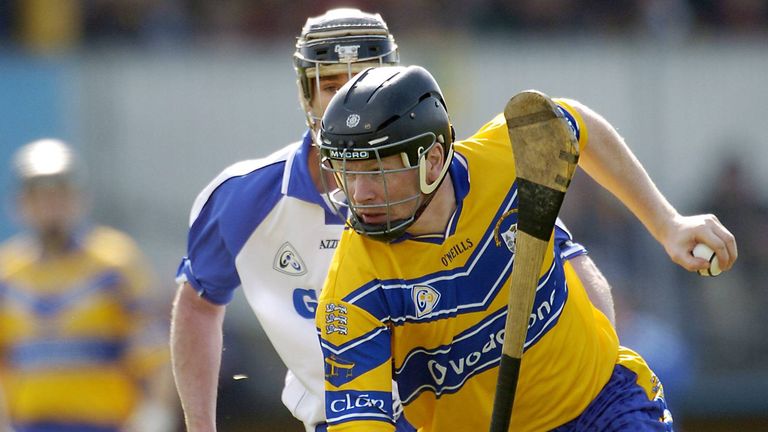 Standing out from the crowd

While the structure of the helmet is important – there’s also a demand for them to look aesthetically pleasing.

“We were doing multi-coloured helmets, and we had about five or six different designs. Flags, pinstripes, faded ones, stuff like that. I was just trying to make a bit of a deal about it, trying to promote it a small bit more, giving away my helmet after every game,” explained the Barrs man.

“20-30 per cent of our business is all personalised. Sprayed helmets and stuff like that.

“In the GAA, we’re all a bit traditional, we all like the old style, the plain black. But I think over the years, and over the last five or six years, fellas are changing. 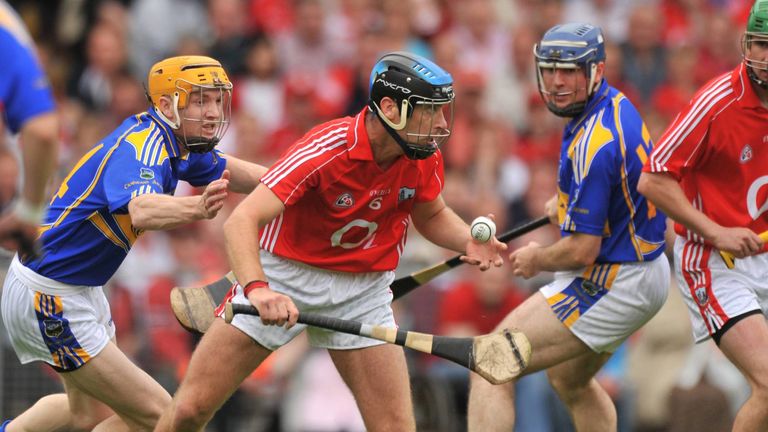 Undoubtedly the greatest landmark in the history of hurling helmets came 10 years ago. In 2010, the GAA made helmets compulsory across the board – at all levels of the game.

It naturally led to a spike in business for the manufacturers.

“It was a good time for us, because there wasn’t as much competition back then as there is now. You have helmets now from China and Pakistan and things like that, but back then there were only two or three main competitors. So we’d a good few years of it there alright.”

And although it is widely accepted as a sensible step for the GAA, it came as a culture shock to many players who had taken to the field bare-headed for the bulk of their careers.

Throughout Curran’s glittered career with Cork, he soldiered alongside Seán Óg Ó hAilpín in the half-back line. 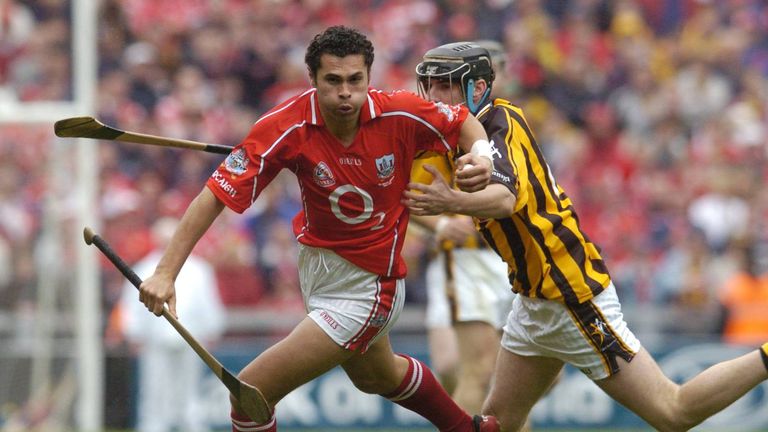 For the Fiji native, 2010 came as quite the shock.

“I hated it! You go the bulk of your hurling career with nothing on your head. And for me, you had the periphery vision and then basically it’s like putting blinkers on a horse,” Ó hAilín told Sky Sports.

“Without a helmet, you could [see] stuff to the side of you left or right without tilting your head fully left or right. Especially if there’s a man chasing you, you can catch him in the very corner [of your eye] without really looking back.

“That was one obstacle. The other was the bars in front of your eyes. It’s not a surprise I only played another two years with the helmet on!”

The Na Piarsaigh club man hadn’t prepared for their introduction, and it caught him off-guard.

“In hindsight I should have been [ready],” he explained.

“I know Donal Óg [Cusack] was in the same boat as me where he wore no helmet, but when the introduction came, he was well prepared. He was walking around the house with it. It sounded quirky and wacky back then, but if you look at it now – it’s proper sense.

“That was consistent with the other parts of his hurling career, he left no stone unturned. I was pretty lazy about it. In my head, I was still rebelling against it. ‘It’ll never come’ and then you’re forced to throw it on.

“But standing back from it and looking in, I see the reasons why it was introduced.”