Home » Lifestyle » ‘I deserve to have a life’: Inside Britney Spears’ bid for independence

‘I deserve to have a life’: Inside Britney Spears’ bid for independence

Britney Spears was in court in Los Angeles this week – albeit remotely – to argue that a legal arrangement that effectively denies her any meaningful control over her life, her career and her finances must come to an end. She told the court she wants to get married and have babies. “I deserve to have a life,” the 39-year-old said at the end of a sometimes rambling but clearly heartfelt 24-minute statement delivered via telephone. 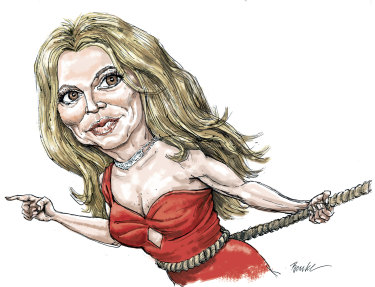 She’s not that innocent – doesn’t she have a life already?

Spears has been in showbiz virtually her entire life. She started dance lessons aged three in her home state of Louisiana, made her first appearance on television aged 10, became a Mouseketeer at 11, had a number one album at 17, and has sold more than 100 million records over the course of her career. Yet Britney Jean Spears has been judged legally incompetent since January 2008, when her father James Spears applied for a temporary court order granting him control over her personal affairs and her estate, which is now worth an estimated $US60 million ($A80 million). Shortly after it was granted, the order was made permanent.

Usually, a conservatorship is only granted in cases of the very old or severely mentally impaired, but there was a reason at the time to think Britney may have posed a danger to herself, and possibly to her two young children. From around 2005, her life seemed to spiral out of control, and by 2008 she was little more than a late-night chat show punchline.

But as the 2020 documentary Framing Britney Spears suggests, her erratic behaviour (which included driving with a baby on her lap, shaving her hair off in full view of cameras, stints in rehab, and a very public attack on a paparazzo with an umbrella) may have owed as much to post-partum depression and a messy custody battle with ex-husband Kevin Federline as to any substance-abuse issues. You also have to factor in the constant in-her-face presence of the tabloid media, which would push even the sanest person to the brink. 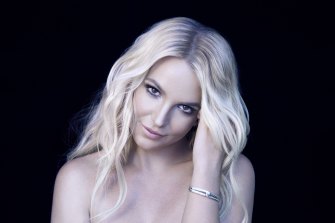 She was once one of the world’s biggest pop stars but Britney Spears has had little say over her career, finances or personal life since 2008.Credit:Michelangelo Di Battista/Sony/RCA

But it’s now 13 years later, and despite being deemed unfit to choose her own lawyer (she has been represented by a court-appointed attorney) or therapist (she is obliged to see a court-appointed counsellor twice a week, and a psychiatrist once a week) Spears has managed to release four albums, undertaken four major tours and staged a Las Vegas residency that reportedly raked in $US138 million in ticket sales from almost 250 shows over four years.

That would have been music to the ears of the Free Britney movement that has argued her social media feed contains secret cries for help (a recent example: a photo of Amelia Earhart, captioned with “When a WOMAN becomes the PILOT … it’s been a while”).

It’s hard to know what to make of the videos in which she parades in leopard-skin body suits or twirls head-spinningly to other people’s music, or of the rambling words she posts alongside. But in April she posted a video in which she insisted she was “totally fine, I’m extremely happy”, adding the only reason she was not touring or recording was because “I’m enjoying myself”.

But the picture that emerged this week is very different. In fact, it’s downright toxic. 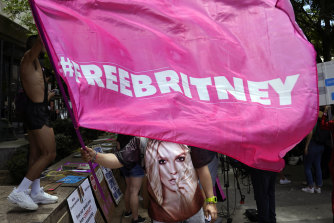 James Spears has claimed in the past that Britney could end the conservatorship at any time, but had accepted it as being in her best interests, and her prior public statements suggested she agreed with that. But The New York Times has unearthed legal papers that show Britney first raised issues with the arrangement in 2014, sought to end it in 2016, and addressed the court, in private, in 2019. She has accused her father and management team of forcing her to work when she was unwell, of checking her into a psychiatric institution against her wishes, and of forcing her to wear a contraceptive IUD in order to prevent her having children.

Now the judge will have to consider whether the Britney Spears who spoke this week is competent to manage her own affairs, or at least to determine which independent parties she wishes to manage them for her. The judge will have to consider whether her requests to be able to get her hair and nails done when she wants, to visit friends who live eight minutes away, to take longer holidays, or to not work for a couple of years are reasonable. It’s hard to see how anyone could decide they are not.

Spears said she was tired of having people on the payroll but feeling like she was working for them. “I deserve to have a two-to-three-year break and just, you know, do what I want to do,” she said. “I’m tired of feeling alone. I deserve to have the same rights as anybody does, by having a child, a family, any of those things.

“I deserve to have a life.”