'I Quit The Keto Diet And I've Never Felt Better'

Maurishire Akabidavis, 26, stumbled into the keto diet the way most people did in 2019—on the internet and in conversation with friends.

The low-carb, high-fat eating plan had been touted as a successful weight loss method by celebrities like Halle Berry, Kourtney Kardashian and Vanessa Hudgens.“What is keto” was even the second top searched health question on Google last year.

Like the product of any echo chamber, Maurishire quickly became convinced that she should join the masses. “I have always wanted to lose weight and for as long as I can remember I’ve always had no idea how to do that,” she told Women’s Health. The keto diet seemed like a great way for Maurishire to finally take control of her eating habits. It provided strict guidelines that left little room for deviation and had a widely-known reputation for rapid fat loss. But one year later, Maurishire is among the many ex-keto dieters to express dissent for the highly restrictive eating plan.

Within the first week of being on the low-carb diet, your body will be operating on such little sugar, that it has to start gobbling up fat for energy instead, Keatley explains.

For many people this leads to dramatic fat and weight loss (and good for them!). But other dieters and experts warn that the keto diet is simply not sustainable long term and is often accompanied by some not-so-fun side effects (think: sluggishness, brain fog, low energy, and more).

So, is the keto diet really a good idea? Well, that depends.

You could end up yo-yo dieting.

Jenna Jameson, once one of keto’s biggest fans, recently opened up about the challenges of the diet. She began keto in April 2018 and reportedly lost 80 pounds. But by late 2019, she’d suddenly stopped posting about her results. “I decided to take a break from #keto and live my best carby life,” she wrote in an Instagram post, admitting to her followers that she had gained 20 pounds. “The weight came back fast and furious. I know a lot of people are quitting keto because it’s hard to maintain, and after a year and a half I concur. Not sure if I’m going to go back full force or just calorie count,” Jenna wrote.

Since then, the model’s re-upped the diet, though she’s been candid about the fact that it’s been harder to stick to it the second time around. This kind ofyo-yo dieting is common among people on super restrictive eating plans, according to Juliana Shalek, RD, of The Nutrition Suite. And when you do slip up, you’ll likely regain weight quickly. “When we restrict and then we have a bite of bread, it’s going to cause fat storage more easily,” Shalek says. “I’ll have people that lost 12 to 15 pounds initially and then when they started incorporating those carbs, they gained that back plus some.”

Having super low energy is a common side effect.

Carolynn Tulluck, 29, found the low-carb diet to be completely draining. The Gym and Pizza blogger from Seattle, Washington started keto in January 2017. Her goal was to stick to a 20 gram-per-day carb intake in hopes of losing the 25 pounds she’d recently gained. 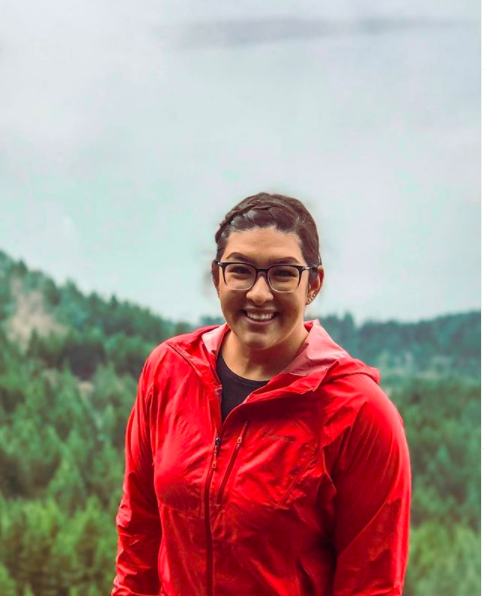 Carolynn lost 15 pounds in the first month alone, but found that by April she hit a plateau and was experiencing massive fatigue and seriously low energy during her workouts. She couldn’t keep up with her usual cardio or weight lifting and decided to pause on keto for a while. But she restarted her diet a year later after regaining the weight, only to find herself in desperate need of a carb fix one day and downing a honey stick just to jumpstart her energy levels. And that’s when she realized keto was not sustainable.

Keatley says low energy is a common side effect of the diet. And many of his clients complain of feeling tired and sluggish. “You’re not burning that sugar quickly any more. Instead, you have to wait for that fat to be broken down to conserve energy,” Keatley explains.

Most people adjust to the low energy levels, but Carolynn found that she couldn’t. Now she considers herself a flexitarian, eating red meat on occasion, but focusing on plant-based and vegetarian meals as much as possible. “I feel so much better, even just in the stress of not having to count carbs so religiously,” she says. “I’m spending less time focusing on the macro breakdown and just trying to eat as healthy as possible.”

Keto can also trigger disordered eating in some.

“I find that when people cut out carbohydrates, they overeat them later,” says Shalek. “That’s the bottom line.” This can be a major concern for people with a history of binge eating. That’s why Matthew Weiner, MD, of A Pound of Cure encourages his patients to focus on cutting out processed foods and eating whole foods instead of eliminating entire food groups from their diet, as the keto diet requires. This helps with weight loss without encouraging restrictive eating.

According to Amy Rothberg, MD, PhD, at the University of Michigan, most of her patients who complain about the keto diet have experienced the keto flu, a combination of crummy symptoms that make them feel under the weather. “They all feel terrible, they feel like they have the flu—headaches, nausea, constipation,” Rothberg says. Plus, you may also experience vitamin deficiencies. “Without having grains, you’re reducing your B vitamin intake greatly,” Keatley says.

But these symptoms usually occur during the first week of the diet when your body is getting used to the shift in energy sources and carbohydrate reduction. They tend to taper out as you get more used to restrictive eating. And if you’re willing to lose weight at a slower (but more sustainable pace!), Keatley recommends upping your carb intake to at least 45 to 60 grams to skip over the keto flu and some of those other neggy side effects that can send your body into shock.

You could end up with some serious gastrointestinal issues.

When you decrease your carbohydrates, you’re also decreasing your fiber. And fiber is what helps keeps your digestive tract moving, Keatley explains. Without it, you can experience some pretty uncomfortable constipation.

And when you try to incorporate carbs back into your diet after having been on keto consistently, you may experience gas, bloating, and diarrhea. “Basically a Pepto-Bismol commercial,” Weiner says.

To avoid this, Shalek recommends ensuring your diet is rich in high-fiber carbohydrates. Remember: The fiber helps control blood sugar levels and keeps you full. You want to aim between 25 to 35 grams of fiber a day.

There are no studies on the long-term effects of the diet.

At least not when it comes to weight loss. What has been researched and proven, however, is the negative effect of eating so much red meat (which a low-carb, high-fat definitely encourages!). That’s where things get risky, Weiner says.

A recent study from Northwestern University linked red and processed meat with higher risk of heart disease and death. “Eating two servings of red meat, processed meat or poultry—but not fish—per week was linked to a 3 to 7 percent higher risk of cardiovascular disease,” the study reports.

That’s why Weiner recommends that if you’re going to do the keto diet, you should focus on more lean animal proteins.

The diet could change the way you view food.

Maurishire comes from a first generation African-American family, meaning her parents immigrated from Africa. Many of the dishes she eats are cooked by relatives with love, but oftentimes, without measurements. “There are a bunch of African foods where I’m like, ‘I have no idea how many grams of fat are in this specific soup that my grandma just made in her pot,” she says. Meals like that are part of her heritage and history—and she wasn’t willing to give them up. “I’m not about to stop eating that for any sort of lifestyle change. I’d maybe eat it with quinoa instead of rice,” Maurishire says. But feeling like she had to choose between her culture and her diet was a deal breaker. 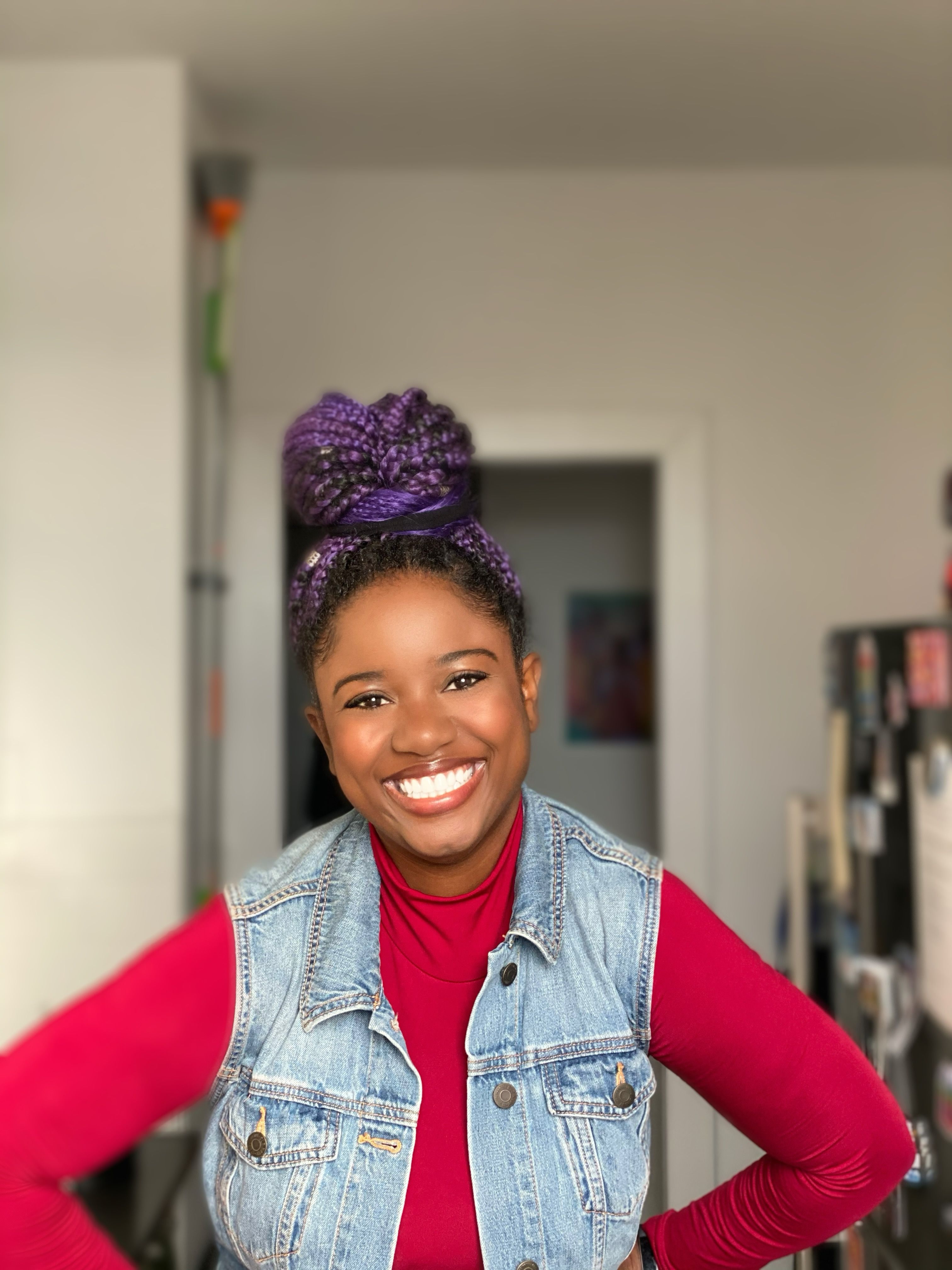 About a month into the diet, the 26-year-old also began struggling with the strict restrictions on a more ethical level, too. “It just felt ridiculous for me to limit myself in that way considering all the limitations other people go through,” she says. “I still do have limitations brought on me by my own finances and society, but it felt silly to add limitations. And also to feel so sad,” she says. While on the diet, it was hard for her to enjoy food, and that’s when she decided to stop.

Keatley often warns his clients to be mindful of the way the diet not only makes you look (in terms of fat loss), but also how you feel. “If you find it to be very unenjoyable you should stop. If the keto diet is ruining your relationship with food and other people, you should stop,” he says.

Now, Maurishire focuses on moderation rather than restriction. “Instead of eating the whole bag of chips, I’ll count out the serving size,” she says. Her family dishes no longer feel off limits and she tries to plan out her meals ahead of time, focusing on eating about 1,600 to 1,650 calories a day.

And the truth is: That’s the diet that works—the one that’s right for you. If you think that keto could be it, take it for a spin. Just keep in mind that both the diet and the results will likely be temporary.