Home » Lifestyle » I Was One of the First Black Women to Attend the Virginia Military Institute. This Is What I Know About Patriotism

I Was One of the First Black Women to Attend the Virginia Military Institute. This Is What I Know About Patriotism

Jennifer Carroll Foy has served in the Virginia House of Delegates since 2018. In April 2020, she announced her decision to run for governor. If elected, she'll be the first Black woman governor in the United States.

In 1999, I took my first steps onto the campus of Virginia Military Institute. Weeks before, I packed up my bedroom in Petersburg, Virginia. Cars pass through Petersburg on the way to do business in Richmond, study in Charlottesville, or play on the shores of Virginia Beach. It’s a town where little Black girls like me weren’t told they’d amount to much of anything at all. My grandmother who raised me had different plans than the naysayers—she believed I had a lot to give. So, after a Supreme Court case compelled VMI to open its doors to women, I applied. As I watched my application drop into the mailbox, the thought that Black girls weren’t supposed to leave Petersburg consumed me. We weren’t supposed to make it out of our circumstance, and certainly not for the chance to attend one of the top military colleges in this country. But my grandmother taught me “if you have it, you have to give it,” and VMI was certainly an institution where I could sharpen my ability to be of service to others. Weeks later, another envelope arrived in the mail: I was accepted. So, when I was 17, I zipped up my suitcase, loaded it into the trunk of our Cadillac, drove west on I-64, and moved into barracks at Virginia Military Institute. 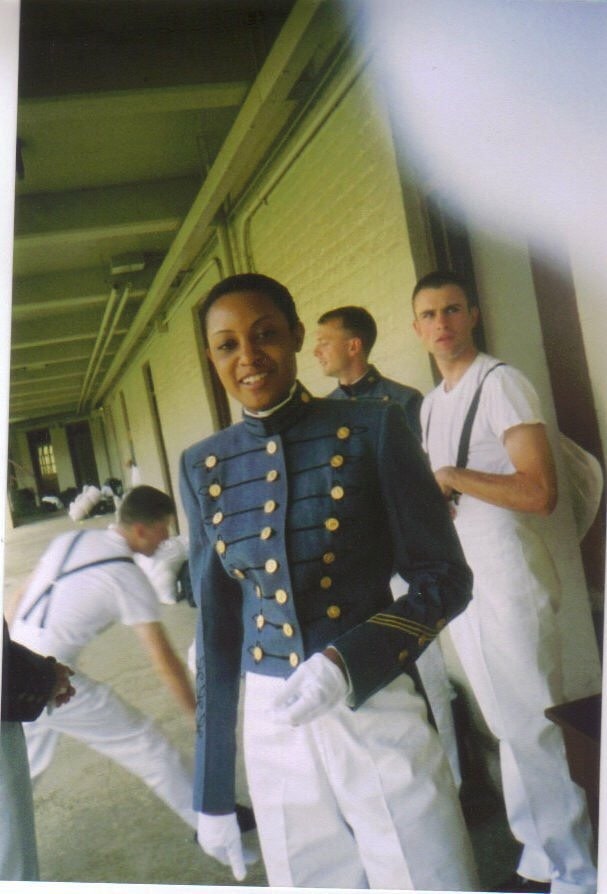 Jennifer Carroll Foy at the Virginia Military Institute in 1999.

I’ll never forget that first year at VMI. The feeling of buttoning the men’s uniform up to my neck, the Rat Line, and watching my hair drop to the floor as my head was shaved completely bald in the tradition of first year cadets before me. As today’s protestors in my state call for the removal of Virginia's Confederate statues, I can’t help but think back to that first year at VMI, when every morning, the school conducted a salute to Confederate General Stonewall Jackson. But right beside Stonewall Jackson's memorial was an American flag that, to me, represented democracy, equality, and those who gave the ultimate sacrifice for the country they loved. So every morning, I would raise my hand, put my fingers to my forehead, and turn my eyes to the flag instead. I would salute the principles of this nation and commit myself, again, to service. To a country founded in the spirit of freedom and justice for all.

The anguish over the murder of George Floyd and countless other Black men and women is something I’ve felt deeply as an African-American. It’s something I’ve felt deeply as a wife, and a mom to two little boys. And I’ve felt it deeply as a VMI graduate, who was trained to defend our country’s core values and went on to serve as a magistrate judicial officer, public defender and a member of the House of Delegates in the former capital of the Confederacy. But the hurt in my heart, and in the hearts of thousands across the country peacefully protesting is about so much more than the murder of George Floyd, or Ahmaud Aubrey, or Breonna Taylor. It’s about the boiling of systemic racism, discrimination, and oppression that has existed in this country for hundreds of years. And that hurt has now bubbled over and spilled into our streets. 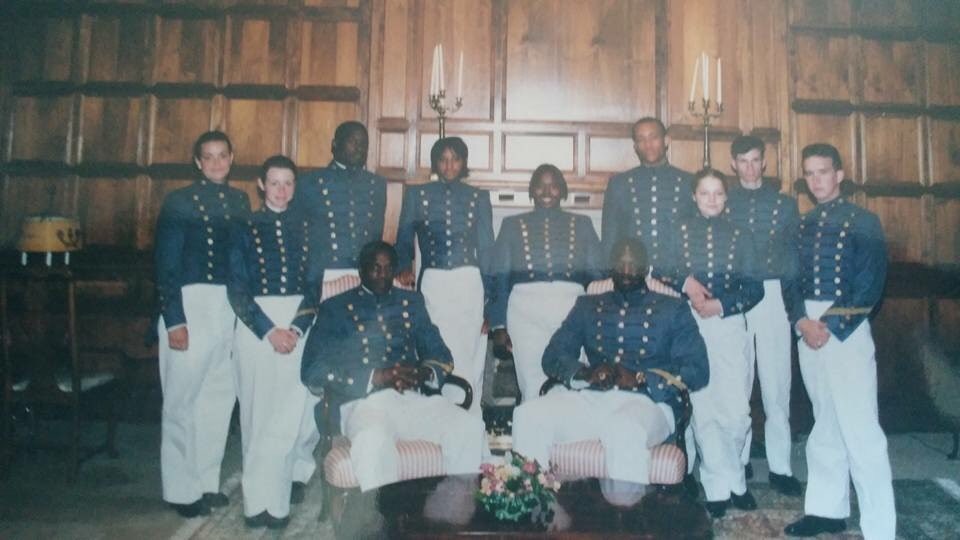 Jennifer Carroll Foy with her classmates at VMI in 1999.

Donald Trump’s response to the legitimate pain over hundreds of years of racial inequality makes a mockery of his position, and runs counter to the definition of leadership I was taught at VMI, where service is always above self—and certainly above a photo op. With threats and actualization of a militarized response, he and other supporters of this action send a message that protectors of our country are against the American people—people who exercise their constitutional right to free speech. The introduction of tanks and assault rifles, the action of knocking people down and deploying tear gas exacerbates the problem and turns the duty of the military away from the constitution they are trained to defend, and toward a person speaking out against racial injustice.

Dr. Martin Luther King Jr. said that protests are the language of the people that are not being heard. And so we have to ask ourselves, why do they feel that way? Those feelings arise because many Virginians go to Richmond and still see segregated and poorly funded schools. They open their mailboxes in Pulaski, as frontline workers who are told they are essential, only to open a paycheck that says they are expendable. They go to communities like Petersburg, and they still see the lack of economic opportunity. They see emergency rooms in Fairfax during COVID-19 full of Black and brown patients who have fallen victim to the virus because of the inequalities in our healthcare system and food deserts throughout minority communities. They turn on the news and see Black children getting shot on our city streets while playing at playgrounds.

A leader listens and steps up to the moment with solutions, not scare tactics. My protest will be through passing legislation rooted in addressing the inequality that protestors are bringing to the fore. My protest is to push for a special prosecution team in the Commonwealth of Virginia, so whenever there is an officer-related killing, there is an independent, thorough, and prompt investigation. My protest is to help establish a commission to review all police policies, procedures, and practices throughout the Commonwealth of Virginia and create civilian review boards for police departments throughout Virginia. And my protest is also in the fight to increase the minimum wage, to address school pushout of Black students, to reduce Black maternal mortality, and to reform our criminal justice system, all of these essential to fighting for a more inclusive America. The people have spoken—it’s time we listen.

Delegate Jennifer Carroll Foy is running for Governor of the Commonwealth of Virginia.