Regional TV networks have savaged the Morrison government proposed overhaul of the broadcast licensing system, saying the reforms will not ensure the sustainability of the struggling industry.

The proposed new licensing system is the linchpin in the government's plan to offer commercial broadcasters a lower cost operating model and establish a new fund for regional journalism. 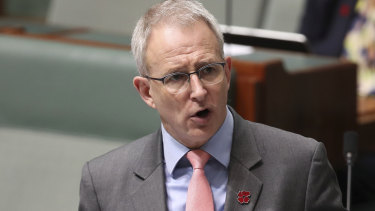 It is a key feature of a green paper of media reforms released by federal Communications Minister Paul Fletcher on Friday, which also included imposing Australian content quotas on Netflix and other global streaming services.

However, the regional networks could deal a blow to the proposed broadcast licensing reforms, which require at least two commercial free-to-air TV networks in both metro and regional markets to take up the new licence in exchange for relinquishing some of their access to broadcast spectrum.

"The Fletcher plan is simply a grab for spectrum to bolster the federal government's coffers," the companies said in the a joint statement on Friday.

"The notion that regional television broadcasters would surrender vital broadcast spectrum for access to a public interest news gathering trust, to which financial compensation has not been determined, is ill-considered and ignores the sector's issues."

Under the proposal, free-to-air networks could save up to $12 million each year in broadcasting taxes by opting in to the new tax-free licensing regime in exchange for using less spectrum.

The government would then move to auction off the extra spectrum – a multibillion public asset – and has proposed using a portion of the proceeds to establish trusts to support regional journalism and the Australian screen production industry. However, the green paper does not clarify what percentage of the proceeds from the spectrum sale would be invested in the trusts.

In a speech in Sydney on Friday, Mr Fletcher said the spectrum auction could generate "significant proceeds" but stressed the reinvestment in the media and production sector could only occur "if, and only if," networks opted for the new licence in sufficient numbers.

"The process would be initiated if at least two existing commercial free-to-air broadcasters
elected to take up a new licence in all their metropolitan markets and at least two
broadcasters in the aggregated regional markets," Mr Fletcher said on Friday.

The spectrum would likely be sold to telecommunications companies and used for their rollout of 5G, which will deliver faster mobile network speeds. According to the timeline set out in the green paper, the earliest the spectrum auctions could occur is 2025.

Two reports commissioned by the government in the last 12 months have focused on whether regional media companies can survive under the current regulatory framework. Advisory firm KordaMentha was paid $99,000 to conduct 'independent research or assessment' on regional broadcasters, three months after a report was completed by retired PwC partner and media and telecommunications industry leader Megan Brownlow.

The organisations were under significant financial pressure before the coronavirus pandemic but the long-term viability of the sector is in question because of significant falls in advertising spending driven by the recession and weak consumer sentiment. Regional media outlets were preparing to stop news bulletins and shut down broadcast signals altogether in April because they were facing the prospect of running out of cash, while regional newspaper company ACM suspended multiple non-daily newspapers and closed print centres.

A spokesman for Nine Entertainment Co, which publishes this masthead, said it "welcomed the opportunity to participate" in reform process.

ViacomCBS Australia, which owns Network 10, said the proposals required "close examination" but said it would lead to "healthy debate among industry and broader stakeholders".

Free TV, the industry body for the television networks, declined to comment.

Streaming services Amazon Prime and Disney Plus declined to comment on other proposals in the paper, including the creation of content quotas. A Netflix spokesman said, "Netflix makes a significant contribution to Australia’s content production industries and will continue to do so."