Home » ‘I’m A Black Police Officer And This Is What Needs To Change In The U.S.’

‘I’m A Black Police Officer And This Is What Needs To Change In The U.S.’

Shanette Hall, 33, is second vice president of the Ethical Society of Police’s St. Louis County Chapter, a police union fighting injustice. She has served as a police officer since 2014.

Waiting for the verdict in the Derek Chauvin trial to be read, I was anxious and upset.

I had so many emotions, it’s hard to put into words. I held my breath for a minute. I got knots in my stomach. At the time, we didn’t have the pleasure of knowing the jury was going to come back with the right verdict. We’ve been in this situation many times. And more often than not, the verdict is wrong.

When I heard the jury’s verdict of guilty on all three counts, I took a breath. I had a split moment of thinking, “that’s good, that’s good,” but by no means did I feel it was celebratory. There will never be any type of justice that can be delivered to a young girl whose father was taken away from her by an institution she should be able to trust. 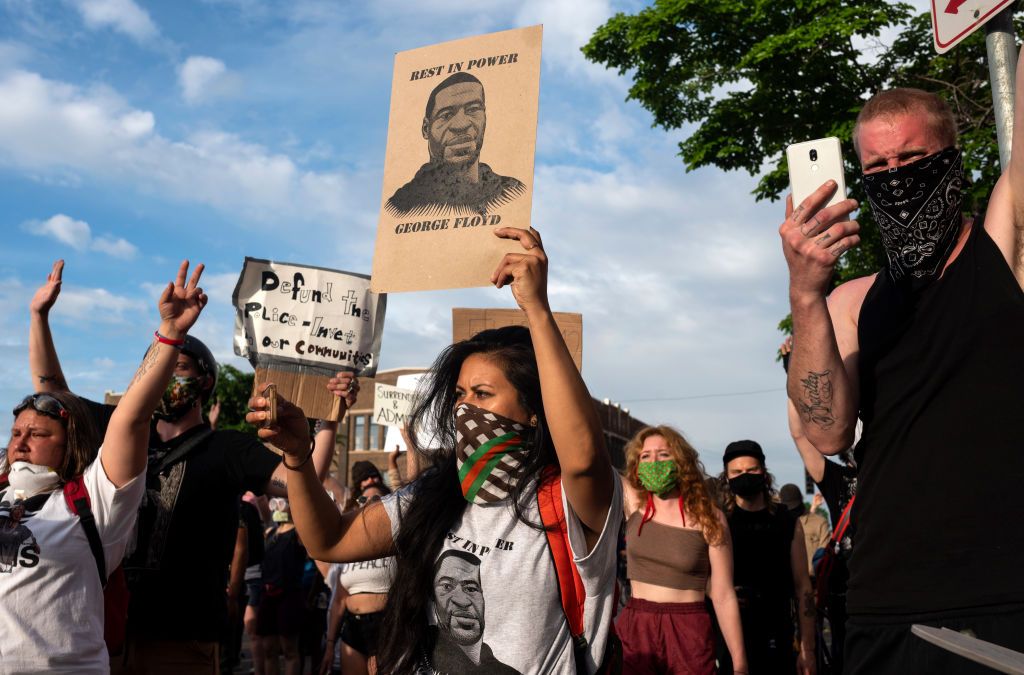 Just because police officers always have the ability to use force does not mean they always should use force—especially deadly force. None of the actions that I have seen from Chauvin on the video were reasonable to me, and I share the same profession that he did.

I grew up in a law enforcement family.

My father, who was my absolute best friend in the whole wide world started his career in the Air Force. After about 20 years of service, he switched over to localized service as a police officer. Growing up and seeing the man that he was and how he interacted with people on a daily basis filled my heart.

One day in high school, a classmate came up to me and broke down in tears. He was in a really bad situation that could have affected him forever. He said, “Your dad helped me, and I’ll never forget him for that.” Seeing how grateful people were for my dad and how he was truly making a difference, I wanted to be just like that.

I graduated from the police academy in St. Louis on September 11, 2014, just one month after an unarmed teenager named Michael Brown was killed by a white police officer in Ferguson, in the same area where I live. The shooting sparked protests that shook the community for weeks.

I began my policing career in that era. I am used to seeing civil unrest and protests against police brutality throughout my entire career. To be honest, I’m not sure if policing has evolved in a good way since then. Until the American people demand change, we will continue to see the same injustices.

I joined the Ethical Society of Police to fight racism in policing.

Black officers founded the Ethical Society of Police in 1972 to address race-based discrimination within the St. Louis Metropolitan Police Department. Since then, the organization has championed reforms for accountability in law enforcement, increased diversity in St. Louis PD, and improved police relationships with the community. Its mission is to promote more equitable policing, which means serving all people in a fair and just manner and rooting out racial bias.

I have been with the Ethical Society of Police since 2018. I first learned about it while searching for support for a friend and fellow Black female police officer who was experiencing discrimination and needed a strong support group. We connected with Sergeant Heather Taylor, former Ethical Society president, through another friend, and she welcomed us to join with open arms. Watching Heather and listening to everything she stood for, I realized I finally found someone in law enforcement who truly gets it. She was the voice of the people. And not only did I have to join, but I also had to make it possible for others to do so as well by expanding the Ethical Society to include St. Louis County, not just the city of St. Louis where it was founded.

It was a battle. But after almost two years, we were successfully able to get a Memorandum Of Understanding (MOU) signed acknowledging our association by the county executive. That was a huge highlight for us and future officers. It was the first time a group of Black officers decided to organize in St. Louis County ever. That will go down in history.

The Ethical Society has also been involved with a number of different efforts, like hosting our own Diversity Recruitment fairs and developing a pre-academy program to prepare minorities for a career in law enforcement.

But there is still significant work to be done. Our motto is “to protect and serve,” but police departments often forget the last part.

Increasing accountability needs to be a huge focus.

You have to correct these actions and make it known that there’s no tolerance for racism, police brutality, or any other discriminatory practices in law enforcement. I can guarantee you that there are several Derek Chauvins across the country. I can take it a step further and also say possibly that other police officers know who their Derek Chauvins are in their police department. Law enforcement must first be able to recognize and acknowledge these issues themselves to be able to know how to deal with them. Until then, the community will continue to suffer.

That’s why I believe the George Floyd Justice in Policing Act is a much-needed federal reform. The primary goal of the legislation, a series of federal reforms introduced in Congress last year, is to reduce police violence against people of color, particularly Black Americans, and improve policing for everyone.

It includes provisions like compiling data about misconduct and complaints about excessive use of force, profiling, and more to make trends and problem officers clear for all departments to better prosecute police misconduct. It also expands federal oversight into local police, rooting out bias among officers, and changing policing tactics, such as banning and enforcing current bans on chokeholds and no-knock warrants.

I don’t think people realize how everlasting the trauma is when it comes to seeing police brutality.

It’s hard. We have to see police killing unarmed Black people over and over and over, with George Floyd, Breonna Taylor, Daunte Wright, and Adam Toledo. Trauma is not erased with one single action or a guilty verdict. And the trauma Black officers have to deal with is hard. I’ve felt so overwhelmed and so frustrated that I just had to cry. It’s not often, but it happens. 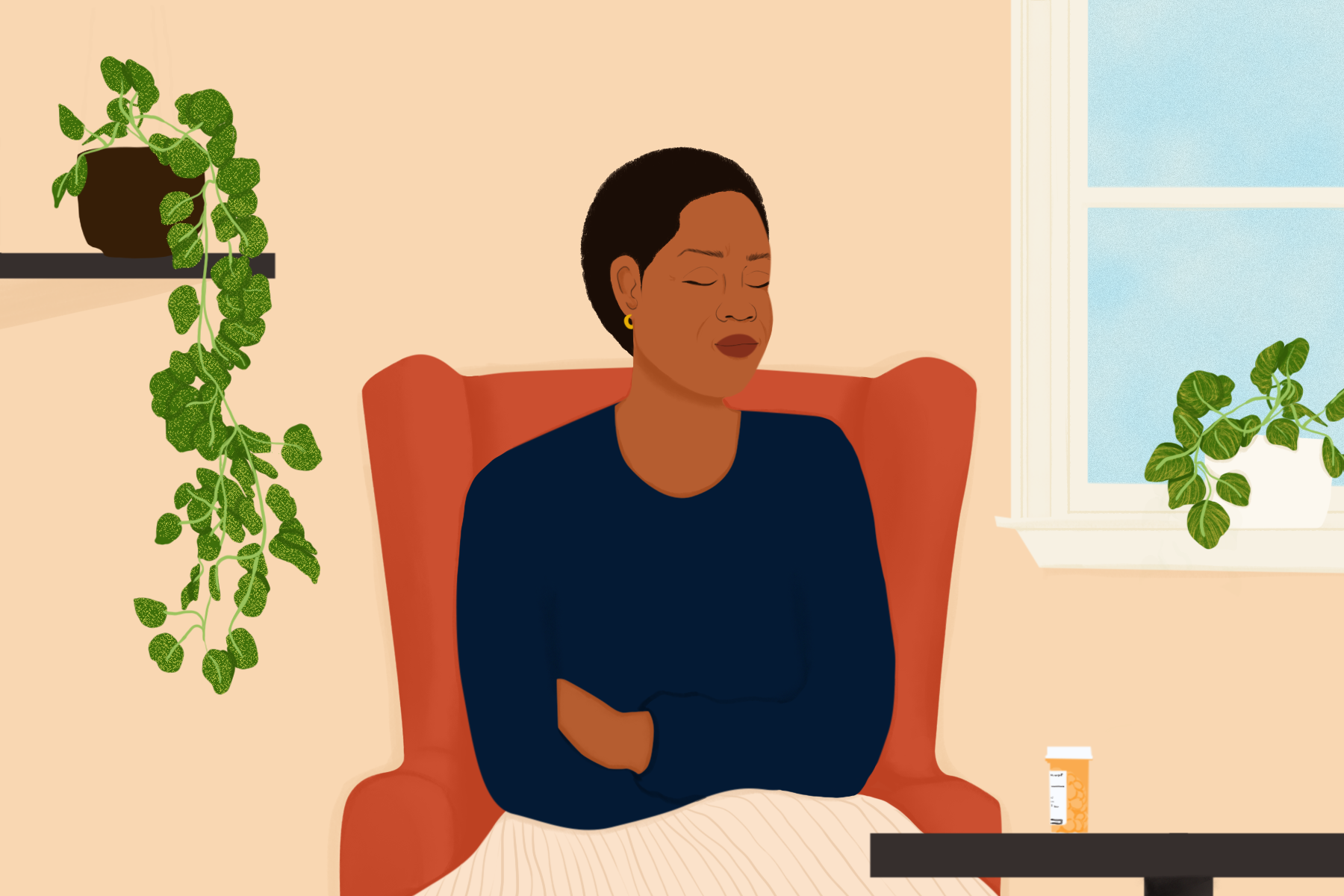 It’s hard to see that people that look like me are constantly affected by the bad ways of law enforcement. Black Americans have had to survive off of hope since we were brought to this country. We’ve had this unbelievable hope that tomorrow will look better because that’s all we had.

I have to remind myself to care for my body, mind, and soul.Service is how I was raised, and my heart and soul want to help people. When your heart is in a life of service, you can’t really turn that off. But, I do take breaks and completely remove myself. One of my biggest loves in life is traveling to new places. I have such a love for people and exploring places that I did not know. Every time I leave, it perks me back up.