At the granite feet of the Sydney Harbour Bridge lies the foundations of the hut of Lieutenant William Dawes. It was here that the First Fleet officer documented the words of Indigenous people as told to him by the young Cammeraygal woman Patyegarang.

"She was around 16 he was around 26," says storyteller Matty Webb, looking down the bridge onto the shores where Patyegarang taught Dawes the place names of Sydney. 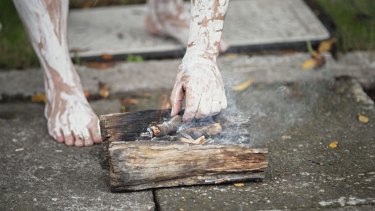 "And a word that symbolises their relationships is putuwa, which means to warm one's hand by the fire, then squeeze the fingers of another," Webb says. "They used to sit in his hut, which was built for him here at Dawes Point over a period of four years."

Sydney Festival's artistic director Wesley Enoch has curated stories of Indigenous history for the Burruwa Climb, a BridgeClimb event that will run three days a week for the festival's duration beginning Friday.

For Enoch, the story indicates intimacy between the pair and putuwa is an attractive concept as the nation approaches the contested histories marked by Australia Day.

"The idea of how we connect with each other and give each other warmth is a beautiful thing," Enoch says.

Sydney Festival begins on Wednesday short of its opening attraction, Gravity & Other Myths, which was to have premiered The Pulse at Barangaroo but was forced to withdraw due to the latest COVID-19 cluster. The five shows were sold out.

Enoch blanches when asked about what the loss of that box office might mean for festival revenue.

"There are disappointments and there are joys and we have to keep putting things into perspective that it's not all about me and what I want," he says. "There is a whole city of people's health to look after." 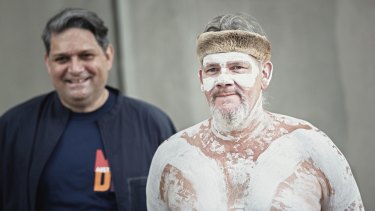 It's literally onwards and upwards, however, for the Burrawa Climb – burrawa meaning upward or above – which aims to bring a different perspective to those who summit the arch and admire the expanse of Port Jackson.

The climb grew out of a series of Indigenous language courses previously hosted at the festival. "Last festival we were going actually 'what's the next step, the next big public platform?' and this was it," Enoch says.

Webb and Mia Markin will relate the creation story of Sydney Harbour and the three-storey high midden that once stood at Bennelong Point before it was a tram shed, and the site of a famous opera house.

The storytellers sketch Indigenous figures of history, including the warrior Bennelong and his fierce wife Barangaroo, who disapproved of his living between worlds and was to later die in childbirth.

Climbers will hear a reimagining of a song Bennelong sang for his English hosts when he visited London in 1793 before setting out for the pylons.

When 20 years ago more than 250,000 people walked the Harbour Bridge for reconciliation, the icon became a powerful symbol, Enoch says. And he would like the Burruwa Climb to become a more permanent fixture. "This is a test, we'll see how it goes from here," he says.