OUT of the 32 nations competing at the World Cup, 24 will be training within a six-mile radius of each other.

England's base is the luxury Souq Al-Wakra hotel, with the Three Lions training at the Al Wakrah Sports Complex. 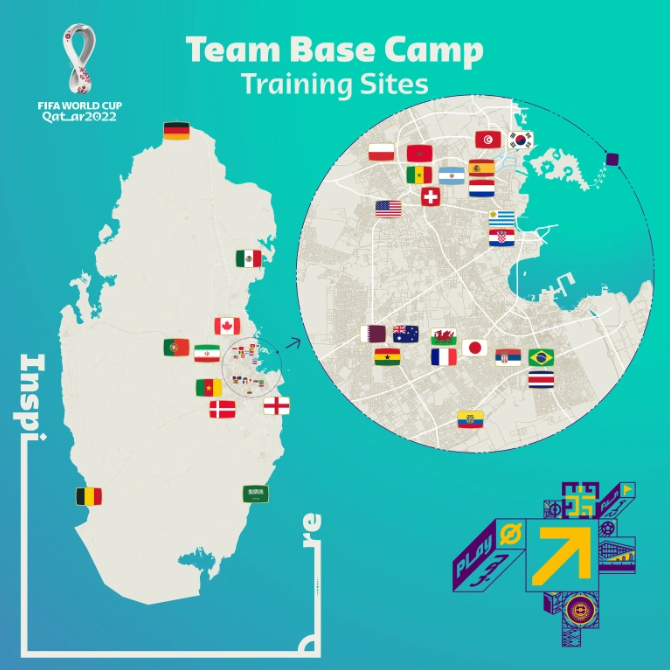 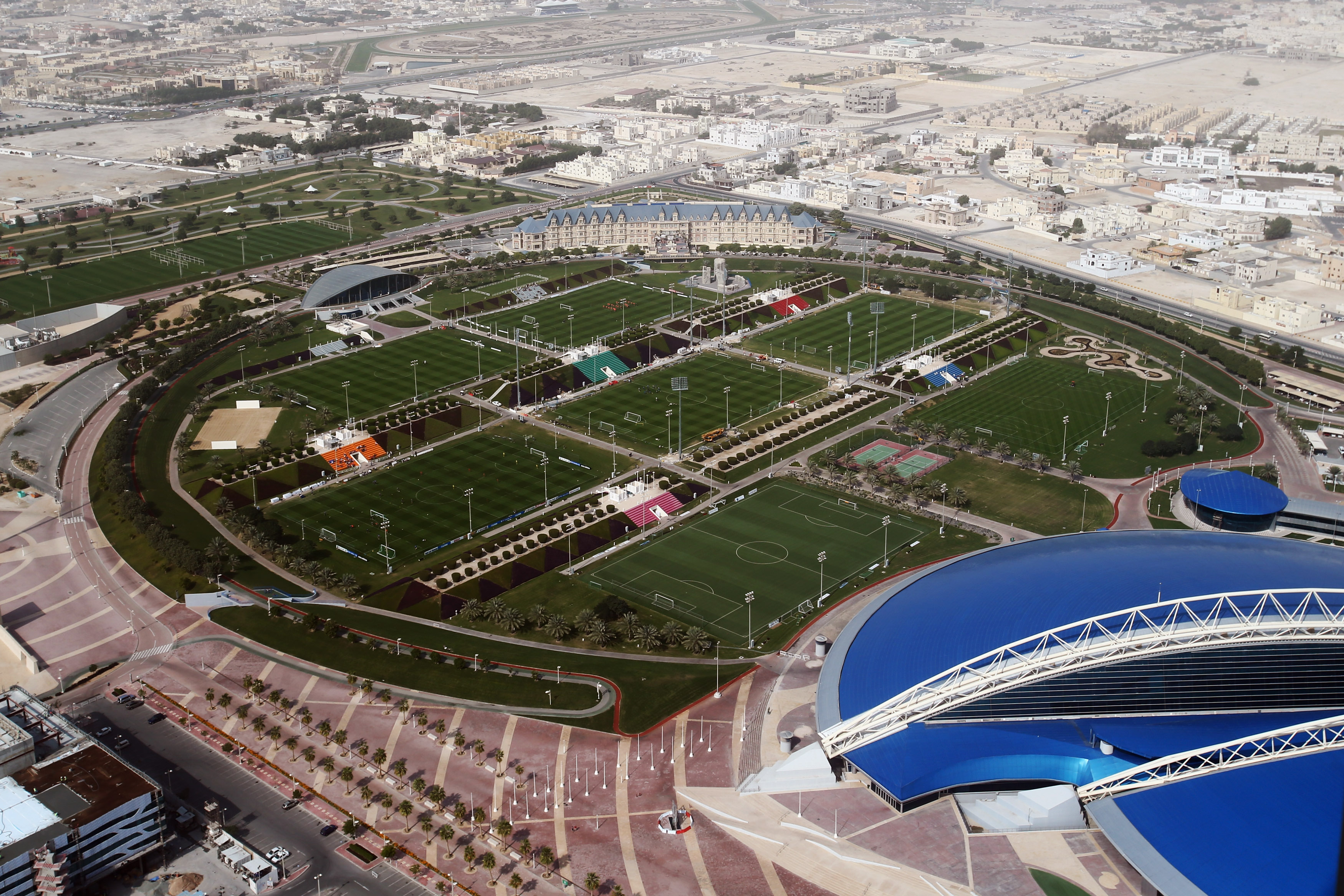 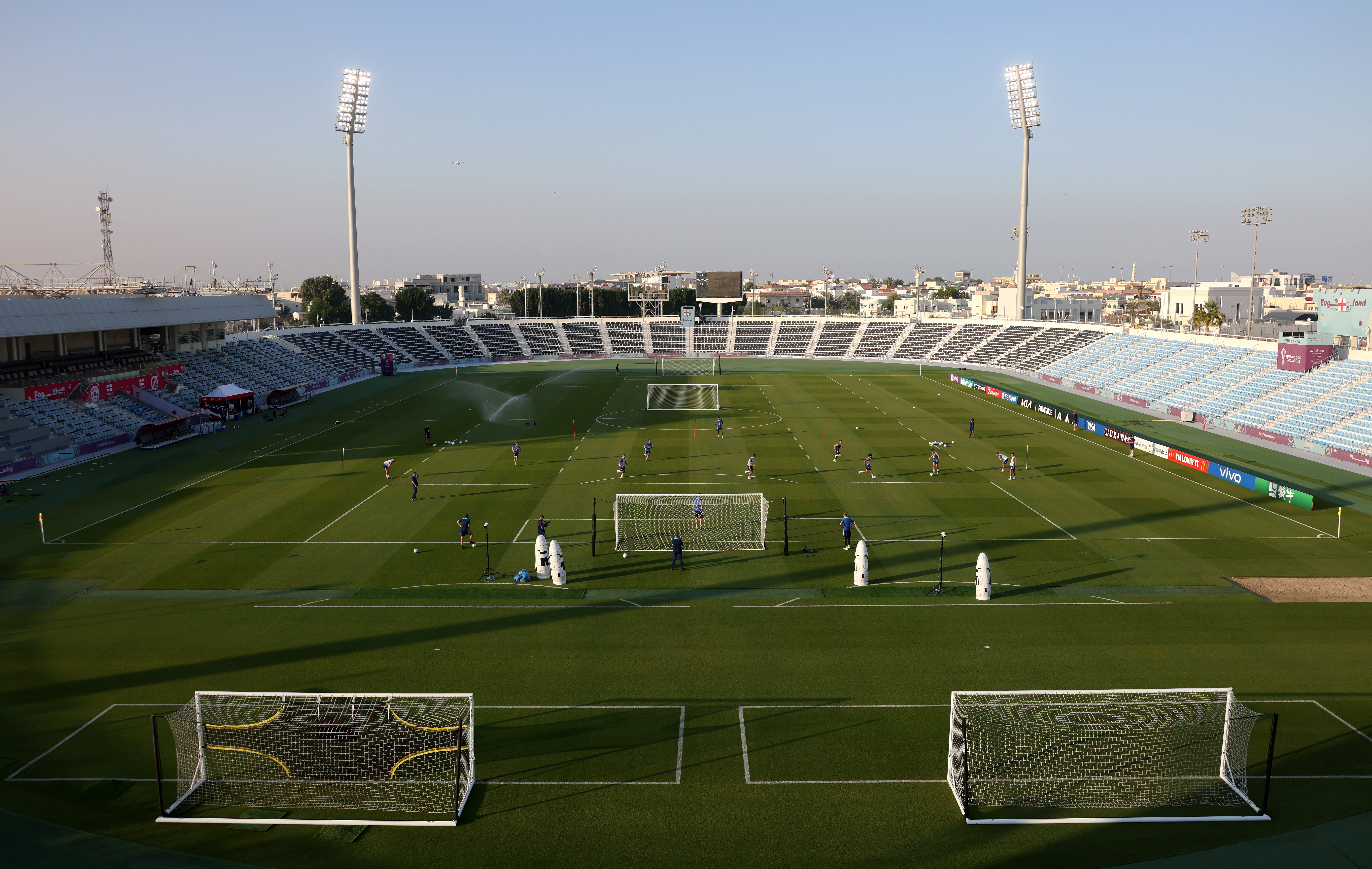 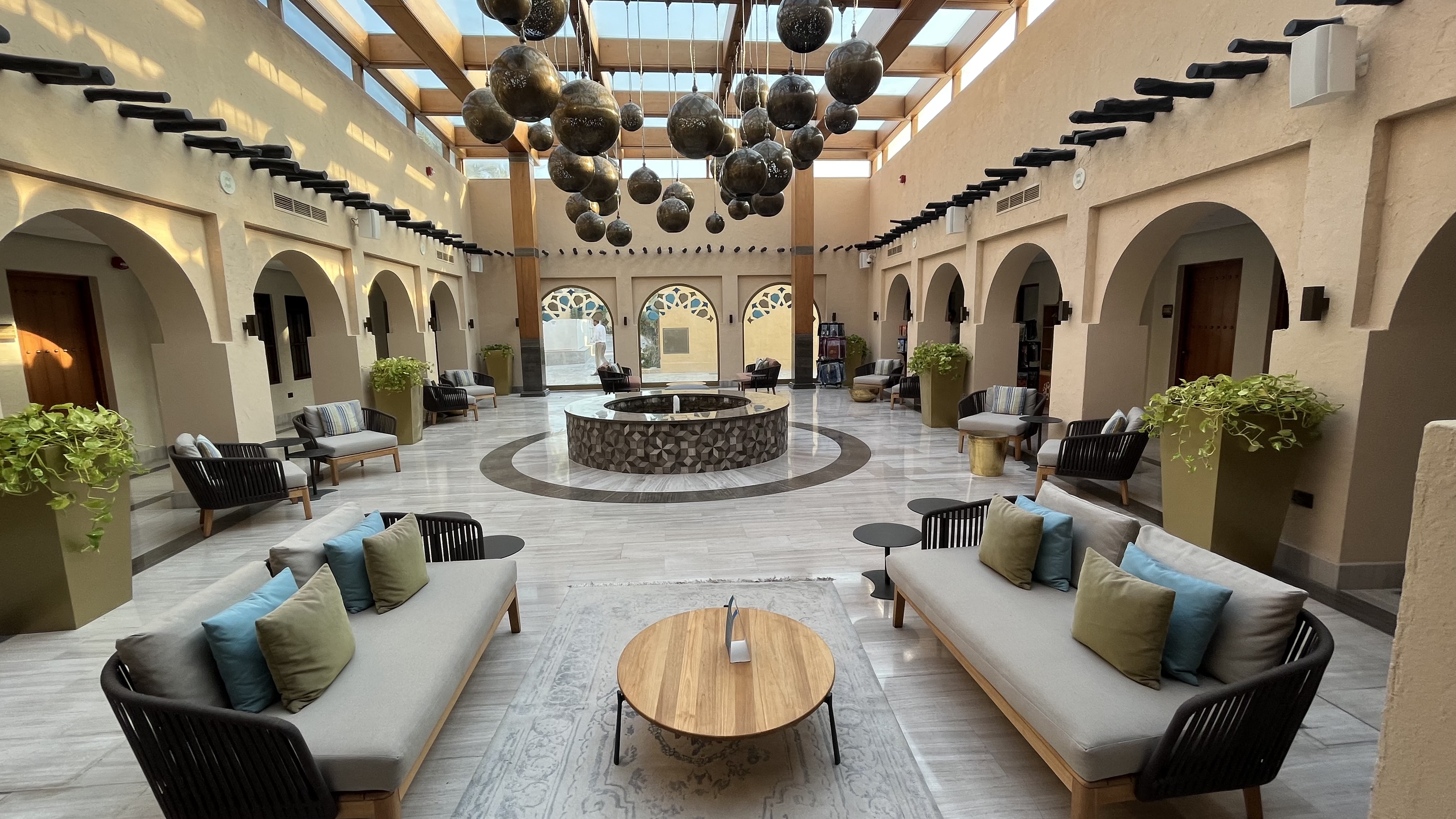 Gareth Southgate's side are staying on the outskirts of Doha, but the majority of teams at the tournament are training close together in the city.

Fast forward four years to the next World Cup, teams are likely to be staying in different time zones altogether to each other.

The 2026 edition will be held across USA, Mexico and Canada, which will see nations hundreds of miles apart.

Qatar on the other hand has three-quarters of the competing countries within a tiny radius.

Some sides are separated by just a matter of feet, with hosts Qatar, Ghana and Australia ALL training at the incredible Aspire Academy.

The state-funded centre was founded in 2004 to develop and nurture talent from Qatar.

The three countries are staying at different hotels but all three nations training at the same centre could heighten fears of training ground 'spies'.

Fortunately the three sides are all in different groups so treading on each other's toes is unlikely to be a problem unless they reach the latter stages of the tournament.

Elsewhere current holders France, Wales and Japan are all using facilities from Qatari side Al Sadd.

But Brazil and Serbia, who are in Group G, have BOTH trained at the Al-Arabi Sports Club ahead of the game.

Five-time champions Brazil kick off their campaign against Serbia tomorrow. 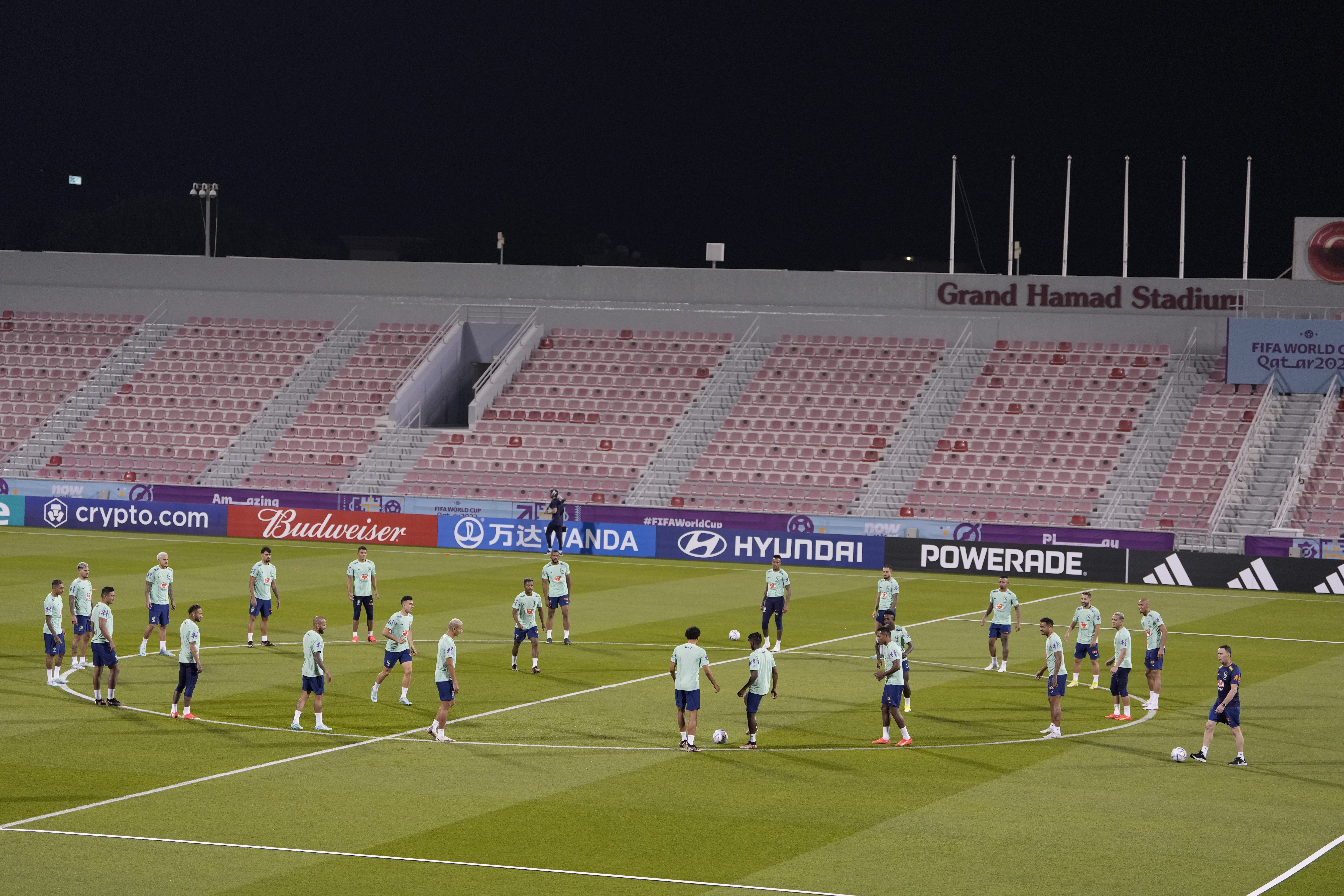 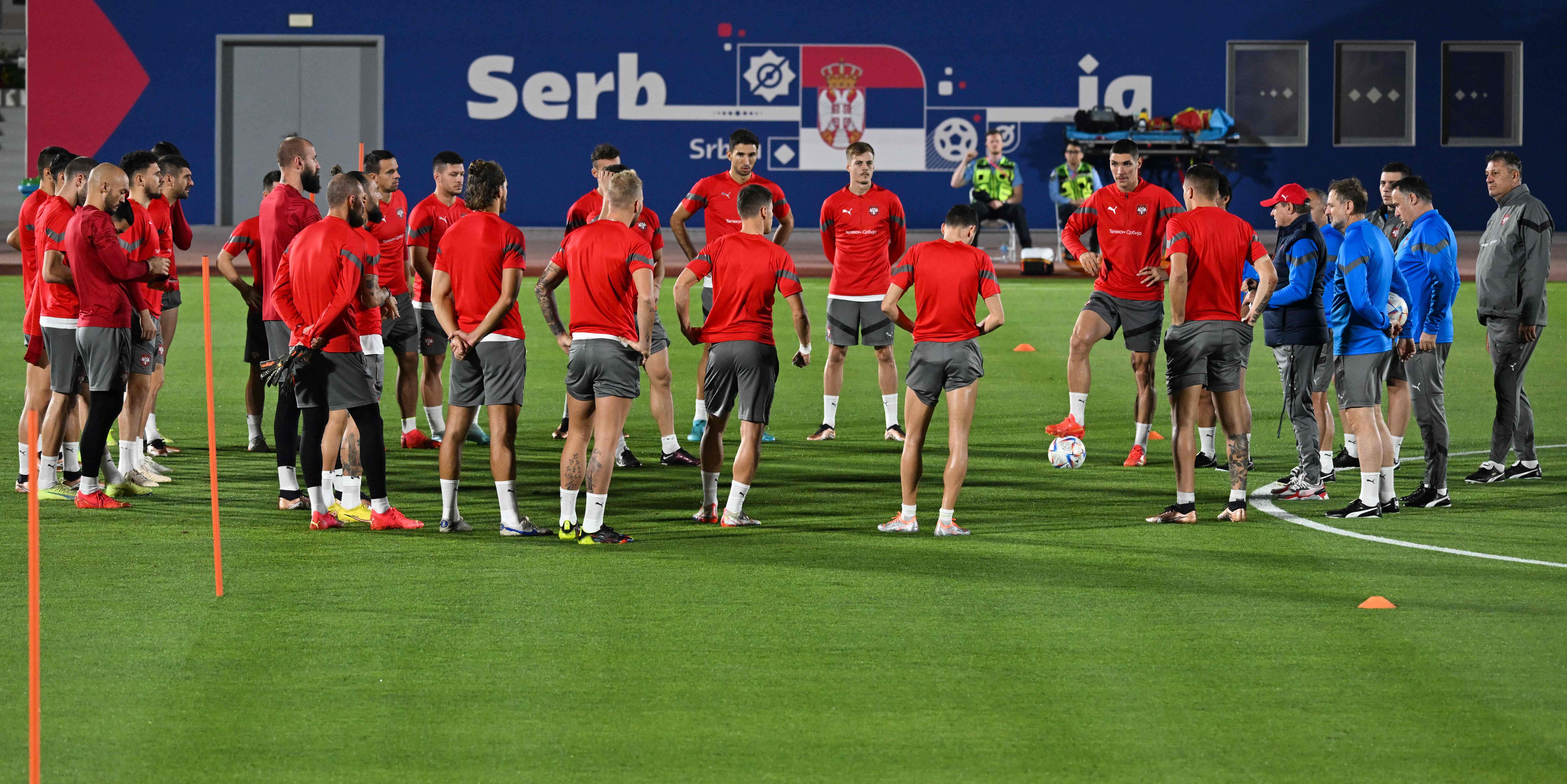