Is “Bachelorette” Katie Thurston wearing her heart on her wrist?

“Is Katie wearing Greg’s bead bracelet? Do they have the same one? Did he give her one? I need to know,” added another, while a third tweeted, “Katie wore Greg’s bracelet for the group date after party, just end the season now it’s over for everyone else.”

Grippo, a 28-year-old marketing sales rep, appeared to wear the much-talked-about accessory while bonding with Thurston during an emotional one-on-one fishing date.

But despite the pair’s on-screen alone time, some also speculated that the accessory could belong to a different contestant: Hunter Montgomery.

Montgomery, 34, seemed to confirm the theory on social media, liking an Instagram comment from Justin Takes the Bach which read, “It’s been brought to my attention that the bracelet could also belong to @hmontgomery. He’s wearing the bracelet in his casting headshot. Take a look at his profile to see the pic!!!!!” 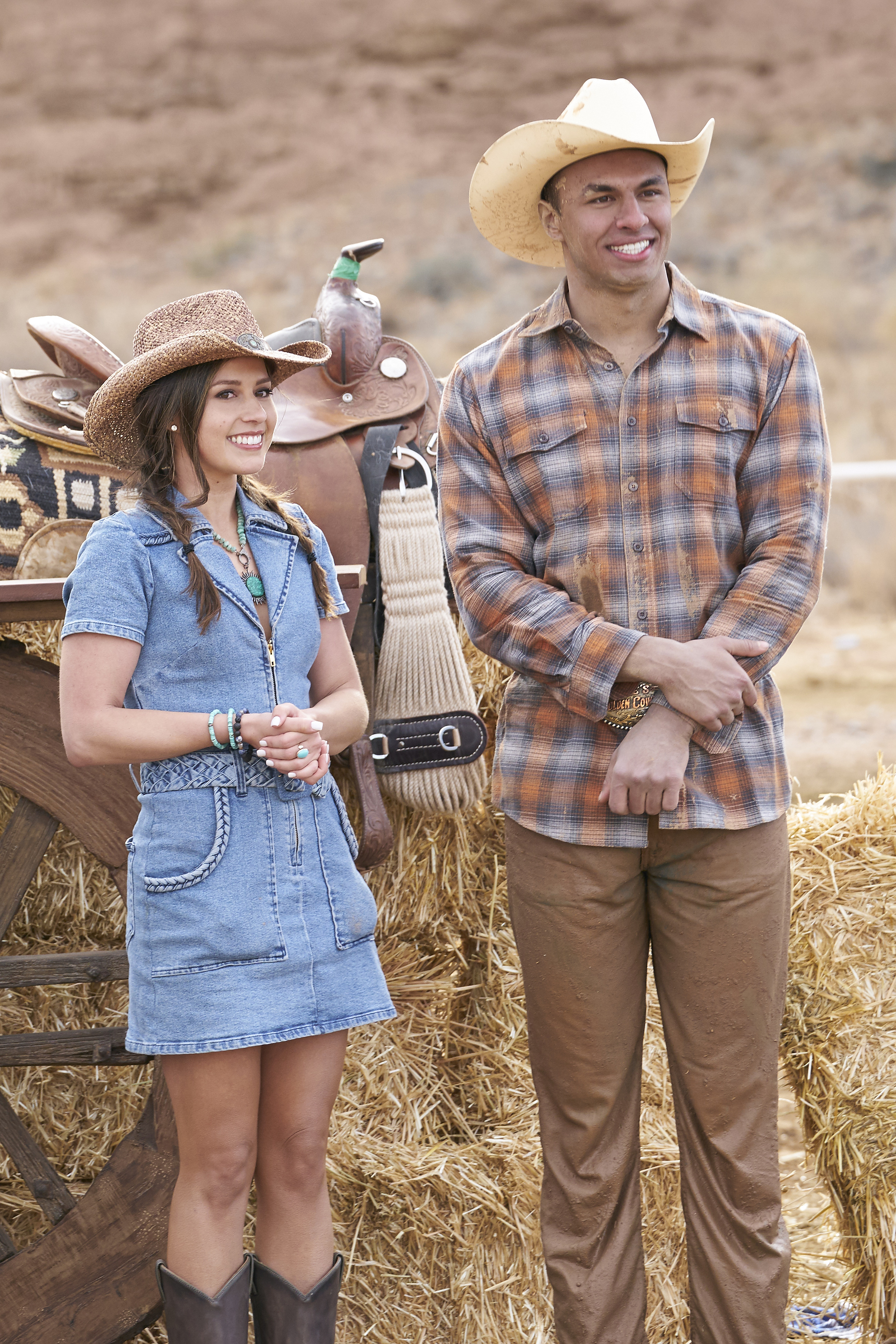 If the two men are sharing the same bracelet, it would hardly be the first time the franchise’s stars have swapped styles: During Hannah Brown’s season of “The Bachelorette,” multiple suitors famously appeared to share the same salmon jacket.

While she has yet to weigh in on the fan theories, Thurston recently spoke up about her own style philosophy — and clapped back at those who criticize her fashion and beauty choices.

“Anyone who wants to message me about my part, or my fashion or lack thereof, I’m just gonna block you,” she said in an Instagram Story on Wednesday.

“I’ve said it before, and I’m gonna say it again: It’s not about the wrapping paper, it’s the gift inside. And that’s what I am — a f—king gift. So this doesn’t matter,” she continued, pointing to her clothes.

And fashion isn’t the only thing Thurston approaches with a no-nonsense attitude; after this week’s episode aired, the star received an outpouring of support for her “no bulls-t” policy towards fame-hungry contestants with phony intentions.