A key Crown witness at the criminal trial of Moses Obeid has insisted that the pair took cocaine together as they discussed an imminent government tender which later resulted in a windfall to the Obeid family of $30 million.

Gardner Brook, a former banker with the now-defunct Lehman Brothers, has been giving evidence at the criminal trial of Moses Obeid, 51, his father Eddie, 76, and Obeid snr’s former ministerial colleague Ian Macdonald, 71. 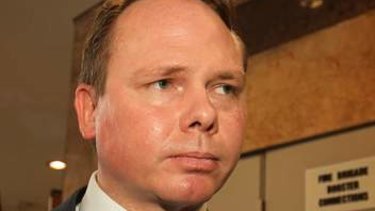 Gardner Brook, former Lehman Bros banker, has given evidence at the trial of Moses and Eddie Obeid and Ian Macdonald. Credit:Kate Geraghty

The trio has pleaded not guilty to charges of conspiring to commit misconduct in public office over an allegedly rigged government tender process in 2009 that resulted in the award of a coal exploration licence at Mount Penny in the Bylong Valley where the Obeids have a rural property. 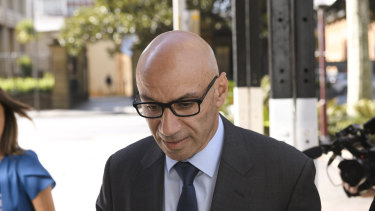 Equipped with inside information alleged to have been provided to them by Mr Macdonald, the Obeids negotiated a $30 million payout from the winning bidder with the promise of a further $30 million, the court has heard.

Moses Obeid’s barrister Maurice Neil QC suggested that Mr Brook’s evidence about the pairs’ cocaine use was “was a gratuitous attempt to attack Mr Obeid.”

The court heard that the then banker was “looking for deals” in mid-2008 when he was introduced to Moses Obeid by a colourful Sydney business figure Arlo Selby. 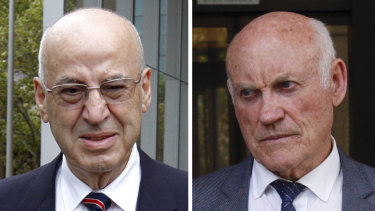 Mr Brook said he met Moses at a cafe in Sydney’s upmarket Wentworth hotel on the afternoon of 3 July and at their first meeting Moses told him about a forthcoming government tender for a coal exploration licence which would cover the Obeid’s property Cherrydale Park.

The following day Mr Brook sent an email to an associate saying, “I want to bid on a govt (sic) tender but I need a company that has a coal mining licence.”

A few days later at the same cafe, Mr Brook met again with Moses Obeid who brought along his brothers Paul and Gerard.

Mr Brook was told that the matter had to be confidential due to Mr Obeid’s position as a politician. At this meeting, Paul Obeid took some large maps of the Mt Penny area out of a long cylindrical container, said Mr Brook.

The NSW Supreme Court has heard that confidential government maps were seized from Paul Obeid’s office during a raid by the Independent Commission Against Corruption in November 2011.

The court has previously heard that Eddie Obeid and Ian Macdonald met on May 8, 2008. The following day Mr Macdonald ordered his department to find out about coal resources at Mt Penny. Departmental witnesses have given evidence that they had never heard of “Mt Penny” when the then mining minister demanded to know how much coal was there.

It is further alleged that Mr Macdonald later wanted bigger copies of the maps of the Mt Penny area which he is alleged to have provided to the Obeid family in June 2008.